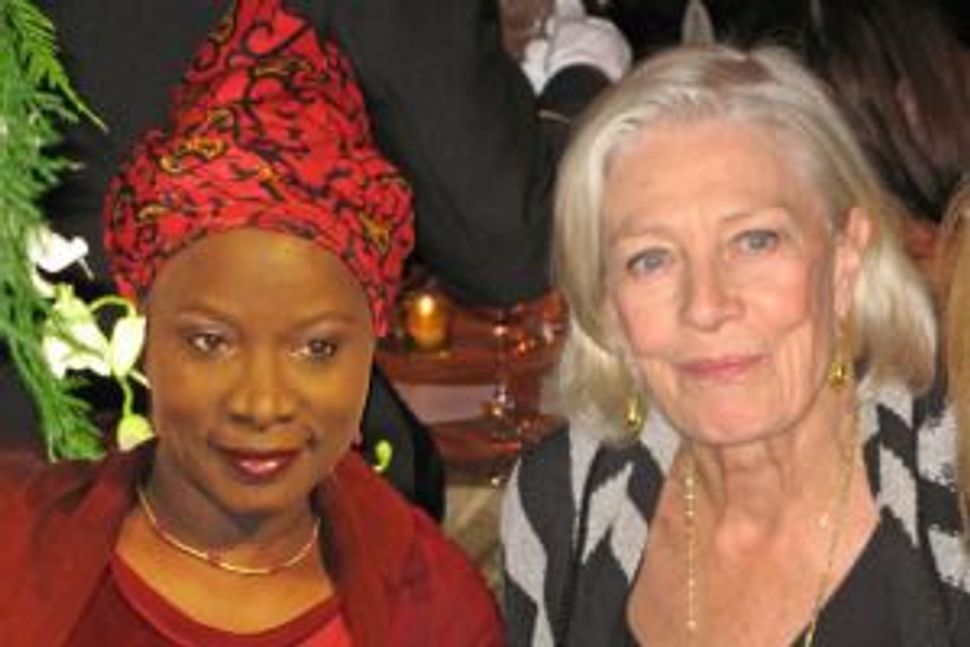 “An accident of scheduling placed tonight’s dinner exactly at midpoint between Thanksgiving and the first night of Hanukkah, when we are reminded of miracles,” said David Marwell, director of the Museum of Jewish Heritage — A Living Memorial to the Holocaust, at the museum’s 24th annual Generation to Generation Dinner, held on November 29 at the museum. “We are thankful for the miracle that spared the museum during the treacherous storm named Sandy. When the water rose and the city darkened around us, our lights remained undimmed, our home remained intact.” Among the 400 guest were museum chairman Robert Morgenthau, former New York City mayor Edward Koch — dubbed by Marwell as “the museum’s godfather” — survivor and museum trustee Fanya Gottesfeld Heller and Germany’s consul general in New York, Busso von Alvensleben. The evening’s honoree was Holocaust survivor Semone Grossman. Marwell introduced surprise guest Yona Metzger, Israel’s chief Ashkenazi rabbi, “the youngest person to hold this position, the first to be born in Israel and the first to have served in the Israeli army… in an armored unit that helped save the Golan Heights.”

Over 6 feet tall, the charismatic, charming, gray-bearded Metzger, prize-winning author of more than a dozen books and son of Holocaust survivors from Poland, said: “I served in the army as a tankist…. When previous prime minister Arik [Ariel] Sharon invited [Vladimir] Putin the first time he was president in Russia to a dinner, Sharon introduced me as ‘a tank commander in the Yom Kippur War.’ Putin is a very small guy, and he looked at me [and said], ‘Wow! such a tall man can enter a tank!’ So I answered him: ‘Dear president, you know, we don’t use Russian tanks, we use American tanks.’” When the laughter abated, Metzger continued solemnly: “I didn’t come to bless you. I came to get from you a blessing.” He told of “a young man who once came to the Satmar Rebbe [Moses] Teitelbaum and asked him for a blessing…. So Teitelbaum said to him in Yiddish, ‘Go to a synagogue in New York in the morning, find someone who is putting on tefillin and has a number [on his arm], and ask him for a blessing. Because if after all he has suffered in the Holocaust he still puts on tefillin, he is a righteous man. Therefore I am here to ask [you], the Holocaust survivors, to give me a blessing. Because every one of you is a righteous man.”

Of his meeting with Pope John Paul II, Metzger recalled: “When I arrived at the Vatican, he covered his cross that I should feel better. He told me, ‘Welcome, my older brother.’ In Europe, in all the papers, it was written, ‘The Pope to Israel’s Chief Rabbi: ‘Welcome, My Older Brother.’ This [welcome] changed a lot of ideas between gentiles and how they behave with Jews…. I am [now] speaking to my generation — the people who are my age. The second generation who know the feelings of our parents. Our children will not understand what we understand. We have all the original stories. We grew up with the Holocaust. We have to bless God that he gave us the opportunity to rebuild our houses, to see children… nakhes [pleasure], grandchildren. I want to bless everyone. Abi gezunt — omeyn [You should only be healthy — amen].

Grossman survived several ghettos and concentration camps and was orphaned at 15. He came to the United States in 1949, and his career trajectory included selling flowers, and later instructing dance in the Catskills. In 1957 he created a parking garage business, GGMC Parking] in New York City. Grossman is the father of six children. His dynamic wife, Ziona Grossman, was all aglow as one Grossman daughter, Erika, read a tribute to her father, and the other, opera-trained soprano Shana, sang a rendition of the Yiddish classic “Mayn Yidishe Mame.” Many in the room were teary-eyed.

Honoree Angelique Kidjo, Singer and UNICEF Goodwill Ambassador, Gets Alliance Française Gala Crowd Members on Their Feet, Singing and Dancing, at the Plaza 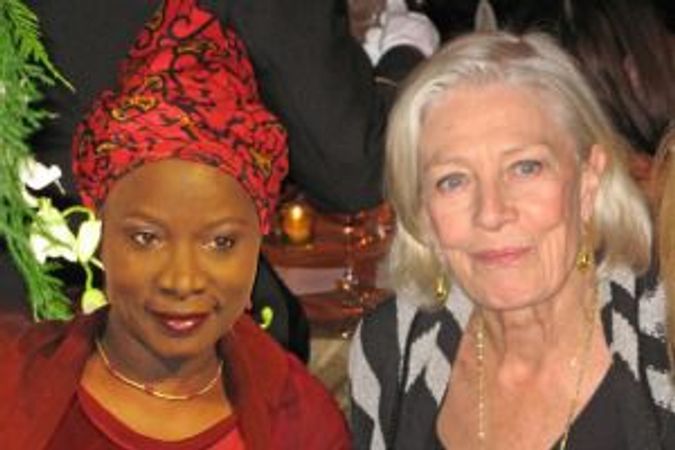 “Bon soir. I am president of the French Institute Alliance Française. You know it as FIAF, ” Marie-Monique Steckel said, welcoming the 420-strong tres chic assemblage at FIAF’S Trophée des Arts Gala, held on November 30 at the Plaza. The event honored Grammy award-winning singer/songwriter and UNICEF Goodwill Ambassador Angelique Kidjo who was presented with her award by Vanessa Redgrave; and Thierry Breton, chairman and CEO of Atos, a joint stock operation in France and a past Finance Minister of France. FIAF Board Chairman Robert Wilmers, said, “On a sadder note, we are dedicating tonight’s gala to the memory of FIAF’s great friend and former chairman, Lorenzo Weisman.” Born in 1945 to French Jewish parents in Guatemala, Weisman moved to the United States as a teenager. François Delattre, France’s ambassador to the United States, picked up where Wilmers left off: “On a personal note, Lorenzo Weisman was a longtime friend… He took great pride in his French-Jewish heritage. I learned a lot from him, about how much the Jewish tradition is a key component of France’s heritage— the part we are particularly proud of. He once told me — and I will never forget — that the partnership between our two countries is the strongest when it walks or stands on two legs: one, culture and shared values; the other, innovation and entrepreneurship….. And yes, ‘entrepreneurship’ is a French word.”

Breton, introduced by Charlie Rose, said: “Everything I did in my life was because of New York and the United States….. When, in 2005, I became finance minister of France, I put in my office a big map of the United States…. Two-thirds of the country was [once] called Louisiana. Under Louisiana was written, ‘Sold to the United States by Napoleon for $15 million.’”

Redgrave touted Kidjo’s passion for “not just elementary education for girls, but secondary education.” Wearing a head-to-toe red ensemble topped by a [African] Benin head wrap, Kidjo announced, “Let me sing first and talk later.” In a voice that needed no amplification, she rattled the Plaza’s gilt rafters. She weaved among the tables, provoking the guests — who raised $900,000 — to rise to their feet, arms waving overhead, singing and dancing to the strains of her “Afrika.”