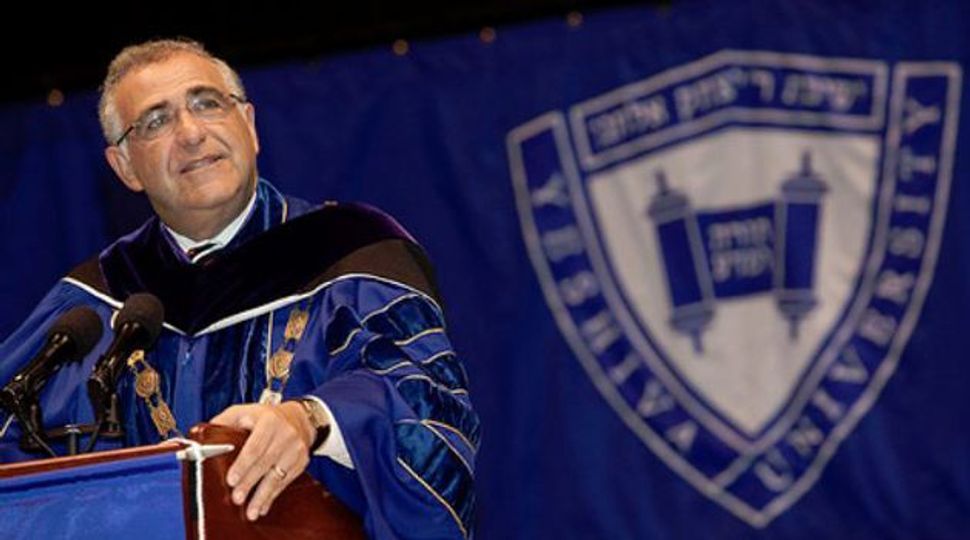 Yeshiva University President Richard Joel has issued a statement of apology in response to a Forward story describing how Y.U. failed to report claims of child abuse made against staff members during the 1970s and ‘80s. Joel’s statement, released this morning, offered victims who were allegedly abused by members of YU’s faculty and administration “my deepest, most profound apology.”

The Forward investigation into allegations that two staff members at a Manhattan boys high school run by Y.U. sexually abused students led to a startling admission by the university’s chancellor Rabbi Norman Lamm: The school dealt with allegations of “improper sexual activity” against staff members by quietly allowing them to leave and find jobs elsewhere.

For years, former students have asked Y.U. to investigate their claims that a former principal at Yeshiva University High School for Boys, in Manhattan, Rabbi George Finkelstein had repeatedly abused students in the all-male high school. Another former high school student said Y.U. covered up for a staff member, Rabbi Macy Gordon, who sodomized him.

Joel’s statement tracks very closely with a statement issued to the Forward on December 3.

In the previous statement, Joel expressed his “deepest, most profound regret.” Now, that word has changed to “apology.”

The statement reads, in part: “The inappropriate behavior and abuse alleged by The Forward to have taken place in the past, and described in statements attributed by The Forward to Dr. Lamm, are reprehensible. The actions described represent heinous and inexcusable acts that are antithetical both to Torah values and to everything that Yeshiva University stands for. They have no place here, in our community, or anywhere at all. The thought that such behavior could have occurred at our boys’ high school, or anywhere at this institution, at any time in its past, is more than sufficient reason to express on behalf of the University, my deepest, most profound apology.”