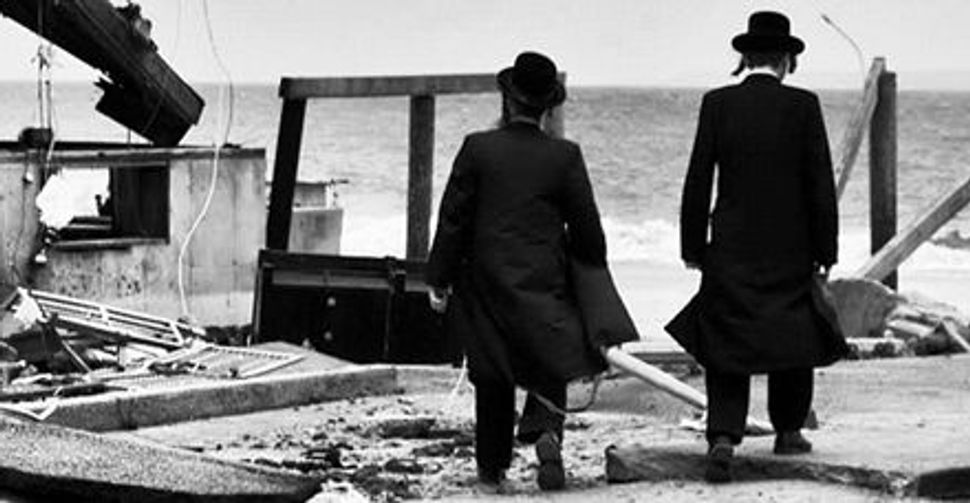 In the pages of the Forward the Jewish American story is most-often told in words, but it’s just as important to see that story too. So we’ve put together the best images of 2012 from around the world — the highs, lows, and the beautiful. Share your favorites in the comment section below. 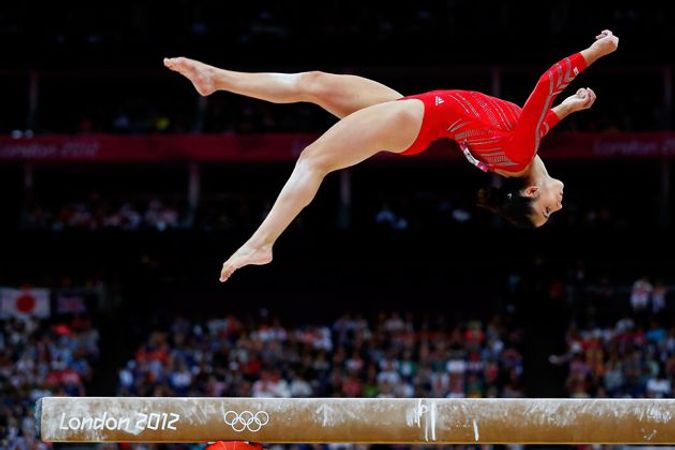 Gold medalist Aly Raisman completes a backflip during the 2012 London Olympics where she won two gold medals and a bronze. (Getty Images) 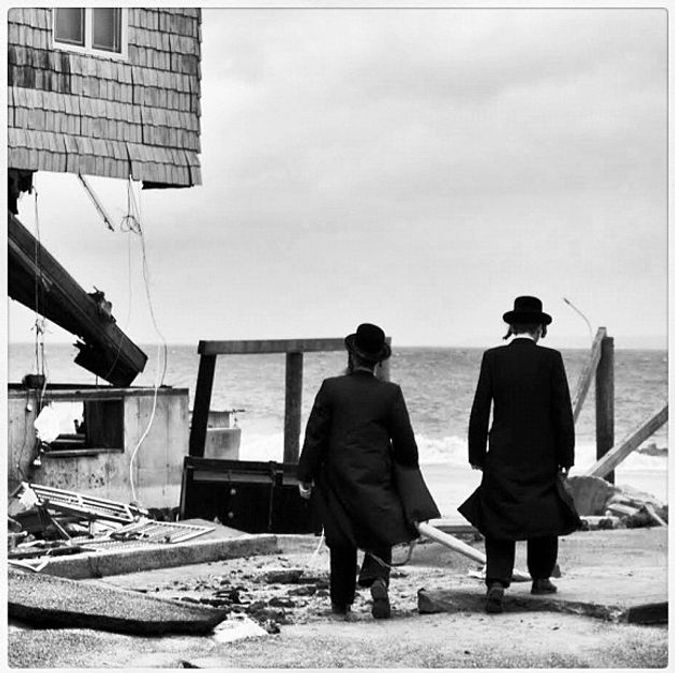 Two Hasidic men survey the damage at Sea Gate, Coney Island, one day after Hurricane Sandy hit the East Coast. For more images like this, check out our Instagram feed. (Nate Lavey/Forward) 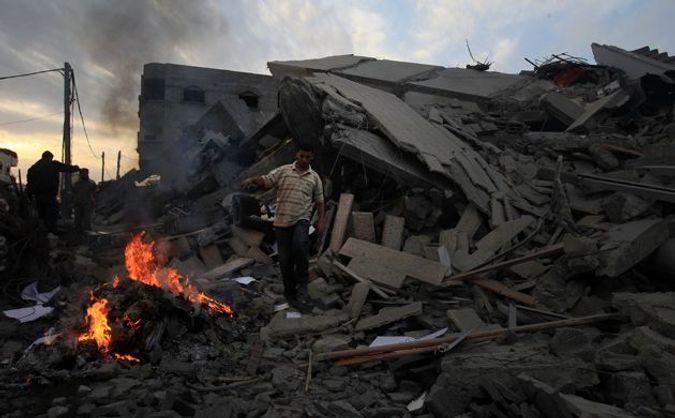 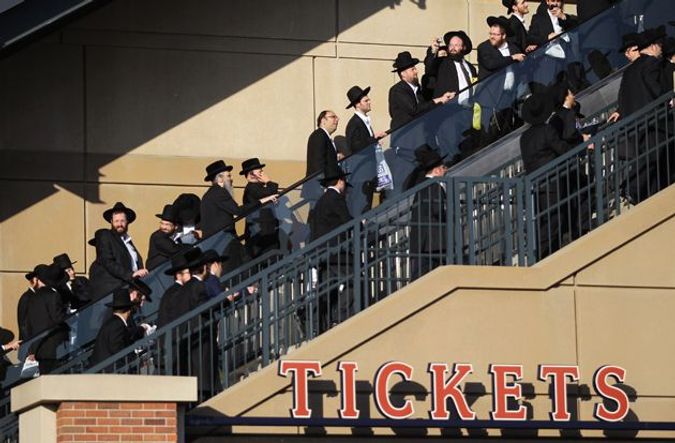 Ultra-Orthodox men file into Citi Field for an anti-Internet rally on May 20. Over 40,000 attended the rally. (Getty Images) 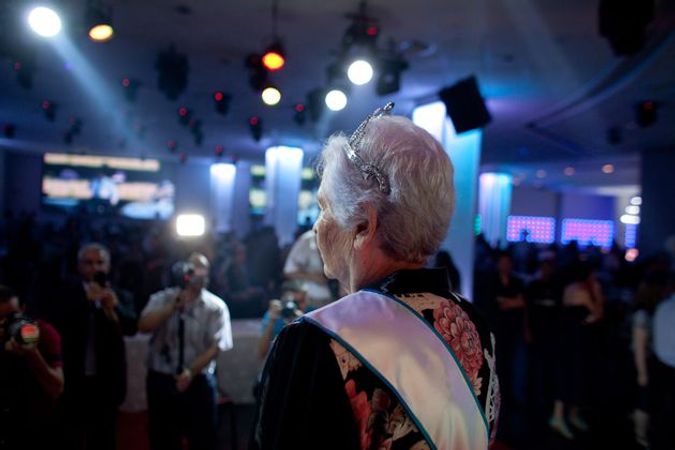 Winner of the Holocaust survivors beauty pageant, Chava Hershkovitz, 78, looks on during the beauty pageant on June 28 in Haifa. During the pageant, the twenty women competing, between 74 to 90 years of age, shared Holocaust stories with the audience. (Getty Images) 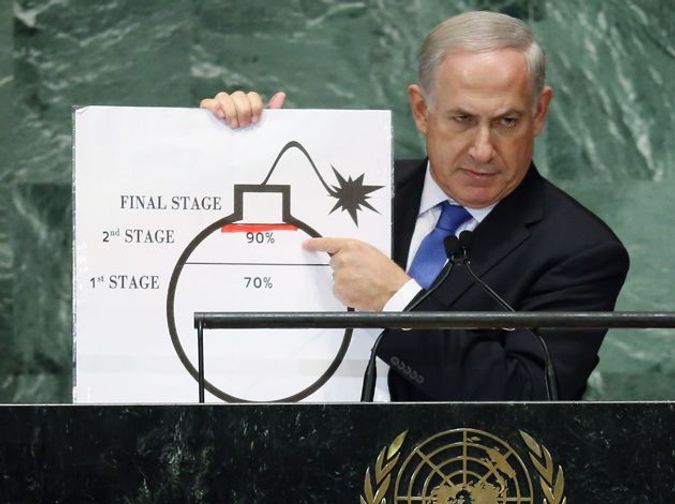 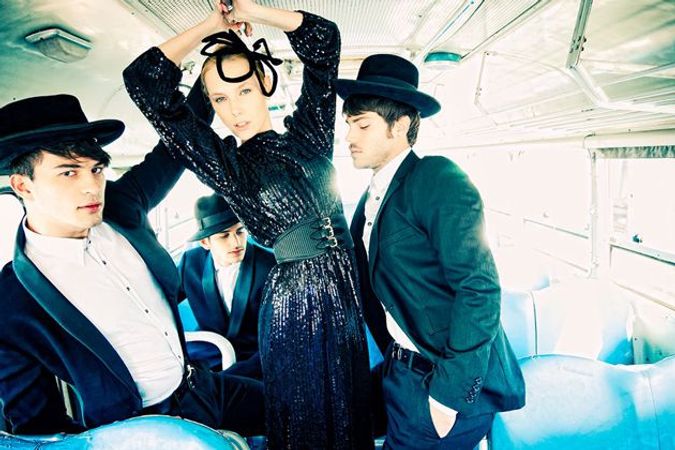 The Israeli fashion magazine BelleMode released a set of images featuring men and women posing provocatively in psuedo-Orthodox dress. The images mocked the ongoing debate about gender segregation in Israel on the public bus system. (BelleMode) 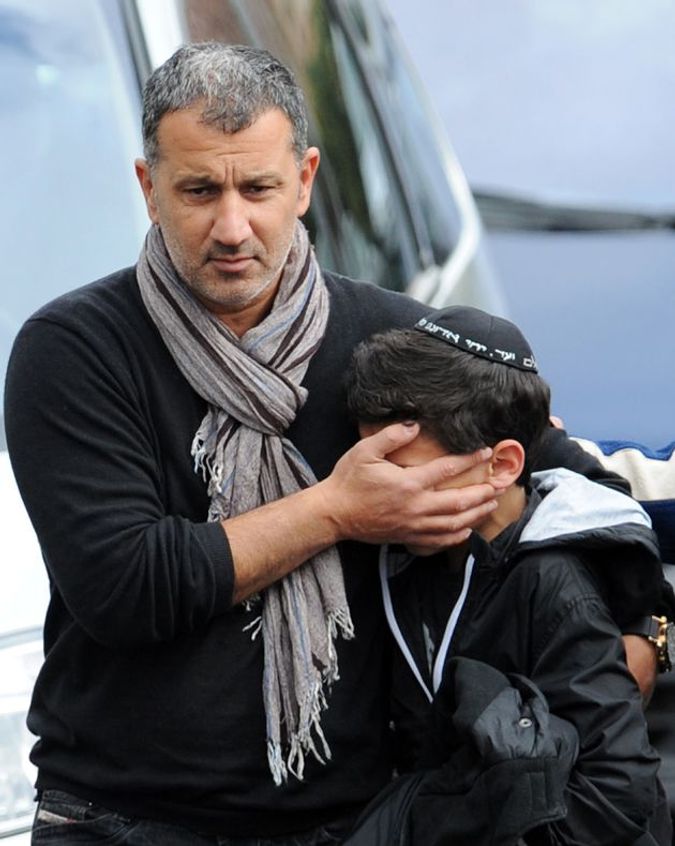 A man comforts a young boy after the shooting at the ‘Ozar Hatorah’ Jewish school, on March 19 in Toulouse, southwestern France, where four people (three of them children), were killed and two seriously wounded when a gunman opened fire. (Getty Images) 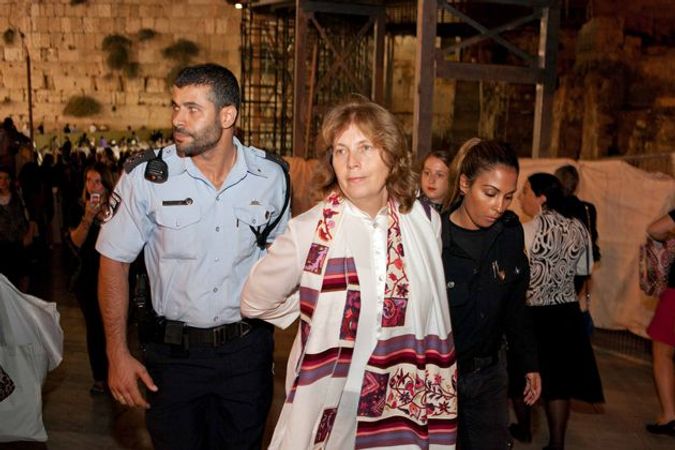