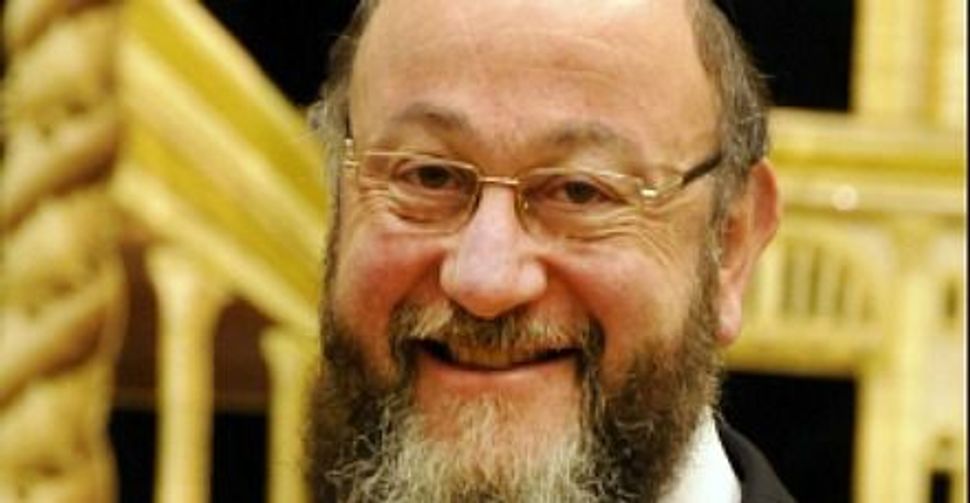 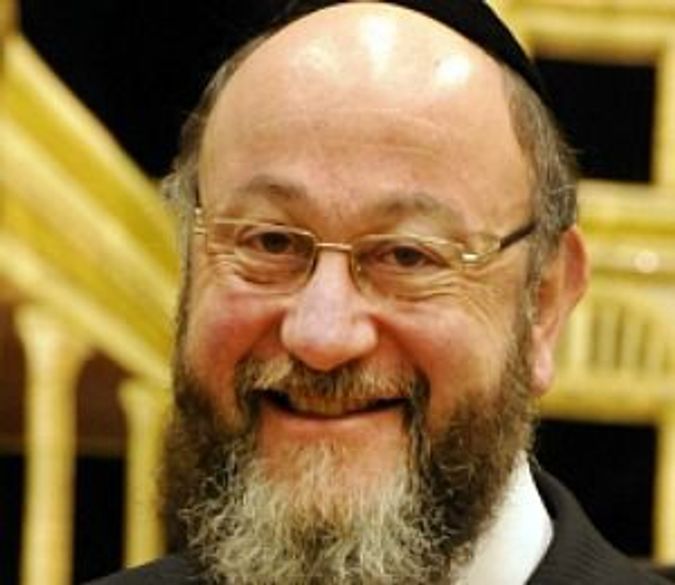 Appointed this week as the 11th British chief rabbi, he will succeed Jonathan Sacks, an internationally renowned author and public intellectual who speaks frequently on moral, philosophical and theological affairs.

The widespread assumption among British Jews has long been that a Mirvis chief rabbinate would be quite different, that he would focus on internal Jewish community issues rather than trying to emulate Sacks. But Mirvis has different ideas.

When he takes up the position in September 2013, he hopes to be an “able and capable representative to the outside world,” he told JTA, and would aim to bring an “ethical voice” to debates of national importance.

“A sense of religious identity has never been more relevant, nor more necessary, in our fast-changing world,” Mirvis said.

But Mirvis, 56, who is currently rabbi of Finchley United Synagogue, one of London’s flagship Orthodox congregations, does not intend to neglect internal affairs either. His other top two priorities will be promoting education and empowering local rabbis, in order to bolster the shrinking constituency of Britain’s centrist Orthodox synagoues.

“I will be seeking to deepen commitment within the Jewish community to Jewish learning, values and ideology,” he said. “I see an enormous thirst for personal spiritual growth.”

Born in Cape Town, South Africa, Mirvis has a bachelor’s degree in education and classical Hebrew from the University of South Africa, and studied at two Israeli yeshivas – Kerem BeYavne and Har Etzion – affiliated with Israel’s religious Zionist community. Between 1984 and 1992, he was chief rabbi of Ireland, after which he moved to the prestigious Western Marble Arch Synagogue in central London, a position previously held by Sacks. He has been in his current position since 1996.

Observers of Anglo-Jewry say that a renewed focus on communal issues would be welcomed, as Sacks, for all his academic brilliance, was generally regarded as weak in that regard.

“Mirvis will be looking towards his own constituency,” said Meir Persoff, the author of a forthcoming book about the process of choosing Britain’s chief rabbis. “This is exactly what Anglo-Jewry and centrist Orthodoxy needs, someone to be its head.”

According to Persoff, “as a person, rabbi, community man and as a leader who commands the respect and affection of his congregants and wider community, Mirvis is ideal.”

In succeeding Sacks, Mirvis is stepping into a difficult job. While officially employed by the United Synagogue, 140-year-old union of 62 Orthodox communities, the chief rabbi is perceived as the representative of all British Jewry. Increasingly, the needs and views of these two overlapping groups clash.

Sacks discovered this on a number of occasions, like in 1996 when he declined to attend the funeral of a prominent Reform rabbi, Hugo Gryn, and condemned him in a private letter as a “destroyer of the faith.” Many say this essentially ruined his relationship with the liberal movements. It did not go unnoticed that, in the Reform statement welcoming Mirvis’s appointment, he was referred to as the “Orthodox chief rabbi.”

Mirvis was not eager to discuss the Reform reaction, but he did indicate that he intended to speak for all British Jews, not just his particular brand of Orthodoxy. According to Persoff, whether this is possible will depend, to some extent, not on him but on the attitude of both the non-Orthodox and the haredi Orthodox communities to the right of the United Synagogue. It also depends on the United Synagogue itself.

When applications for the position closed last March, Mirvis was considered one of the two front-runners, together with Rabbi Harvey Belovski of Golders Green United Synagogue in northwest London. But over the summer reports indicated that the members of the search committee wanted a rabbi with more “star power” to follow Sacks, who opines regularly on the BBC and in other national and international forums.

While both Mirvis and Belovski are considered outstanding community rabbis, they do not have a national profile as public intellectuals or writers.

Several American candidates reportedly entered the fray, including Meir Soloveichik, a congregational rabbi in New York and director of the Straus Center for Torah and Western Thought at Yeshiva University; Atlanta’s Michael Broyde, a judge in the Beth Din of America; and Jonathan Rosenblatt of the Riverdale Jewish Center in New York City. The six-member committee, however, was reportedly hampered by an overly broad job description, difficulty in determining exactly what they were looking for and no unifying consensus candidate.

By late November, Mirvis was widely rumored to be the last man standing, but the committee still met at least one brand new candidate: Rabbi David Lapin of Los Angeles. With a decision expected before the close of 2012, pressure began to mount from United Synagogue rabbis and the local Jewish press to meet the deadline. The Jewish Chronicle newspaper editorialized that the selection process “is in danger of moving from chaos to farce.” The Jewish News front page urged the committee, “Hire Him, Already!”

The announcement, on Dec. 17, was greeted with relief. Mirvis is a popular rabbi in his own synagogue and beyond, known for his personal warmth, but whether this will translate into national leadership remains to be seen.

According to Miri Freud-Kandel, a fellow in modern Judaism at the Oxford Centre for Hebrew and Jewish Studies and an expert on the institution of the chief rabbi, there is a “real vibrancy” about Mirvis’ own 1,800-member synagogue, where he established a popular adult education program and allowed other innovations to flourish. The question, she says, is whether he can “take the communal successes achieved in his synagogue context and apply them within a broader context.”

He will only have a relatively short time to make his mark. As he faces retirement in just a decade, the search process for his successor might begin again as soon as 2021.