Quiz Yourself on Jewish News Know-How 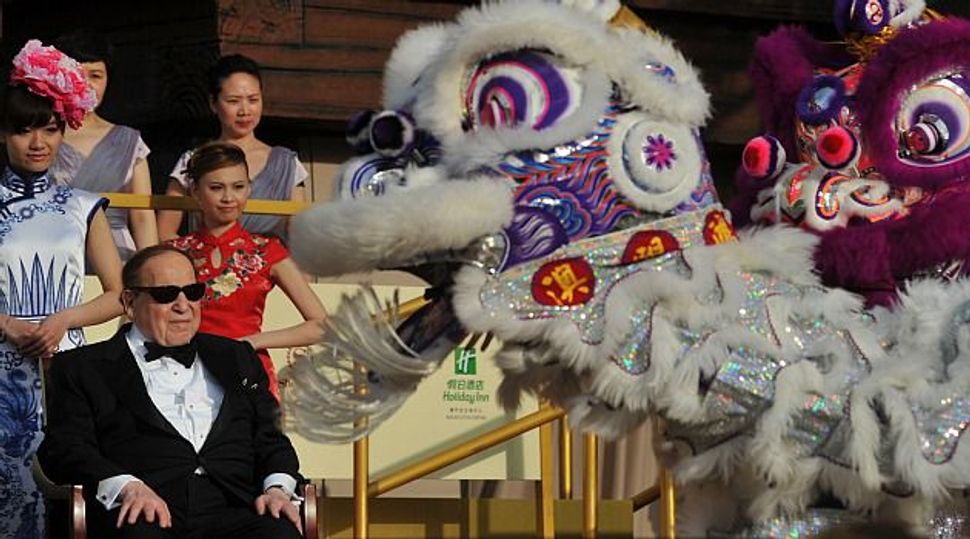 As we remember the year just passed, we realize we’ve already forgotten a lot of it. Just like that guy in the debates who couldn’t remember the three departments he wanted to get rid of. (What was his name again?)

(And what was that department he forgot?)

(And what did that guy who spent all his casino money on the election call his Newt PAC before it became his Romney PAC?)

Let’s just jump right in. Below, we jumble the Jewish facts just a little more…

1. Sheldon Adelson gave $20 million to the super PAC backing Newt Gingrich. What was its name?

A) Winning Our Future

B) Losing Our Marbles

2. After finally pumping a reported $150 million into super PACS to back candidates, almost all of whom lost, Adelson told the press:

B) “I don’t scream when I stick my hand in the toaster.”

3. After Facebook lost about 50% of its $100 billion initial public offering value, Mark Zuckerberg said to investors:

A) “On the other hand, that’s still a lot of hoodies.”

B) “It’s not like this is the first up and down that we’ve ever had.”

B) The role of the Internet in modern society

5. Aly Raisman, the American Olympic gymnast, stunned the crowd in London this past summer by performing her floor routine to which classic Jewish song?

6. The people pushing to outlaw circumcision call themselves:

B) “The struggle with writing is over.”

9. In November, the United Nations endorsed an upgrade in status for the Palestinian Authority to “non-member observer entity” from

10. Young Israelis are getting creepy tattoos of:

A) Bar mitzvah boys in drag

B The Chinese symbols for “strength” and “charoset”

11. The Museum of Jewish Heritage opened an exhibit dedicated to which Jewish tradition?

A) Retaking the SATs

B) Recording yet another version of “Hava Nagila”

C) Using federation greeting cards without sending in a donation

A) “The president’s schedule will not permit that.”

C) “Regrettably, that’s the day the cable guy is coming.”

13. A woman was arrested at the Western Wall for the crime of:

A) Peddling pork tamales with a counterfeit hekhsher

C) Saying the Sh’ma and wearing a tallit

14. Barbra Streisand is starring in a new movie titled:

15. What surprising gift was featured on CNN’s blog this year?

B) Fuzzy Tefillin for car mirrors

16. Which of the following was an actual Anti-Defamation League headline this year?

A) U.S. Jewish Community on Alert as Year Begins, Ends With Anti-Semitism

17. What didn’t Sarah Silverman do this year?

B) Challenge Rahm Emmanuel to mud wrestle on pay per view, with the profits going to the YIVO Institute for Jewish Research

18. Which of these did not happen to “Big Bang Theory” regular/attachment parenting advocate Mayim Bialik this year?

19. Kyra Sedgwick starred in a Hollywood film about what ancient Jewish horror?

B) Not getting into her safety school

C) Possession by a dybbuk

20. Which book won the Jewish Book of the Year award this year?

A) “Jerusalem: The Biography”

Lenore Skenazy is a public speaker and the founder of the book “Free-Range Kids” and of the blog of the same name. Her show, “World’s Worst Mom,” airs on Discovery/TLC International.

Quiz Yourself on Jewish News Know-How