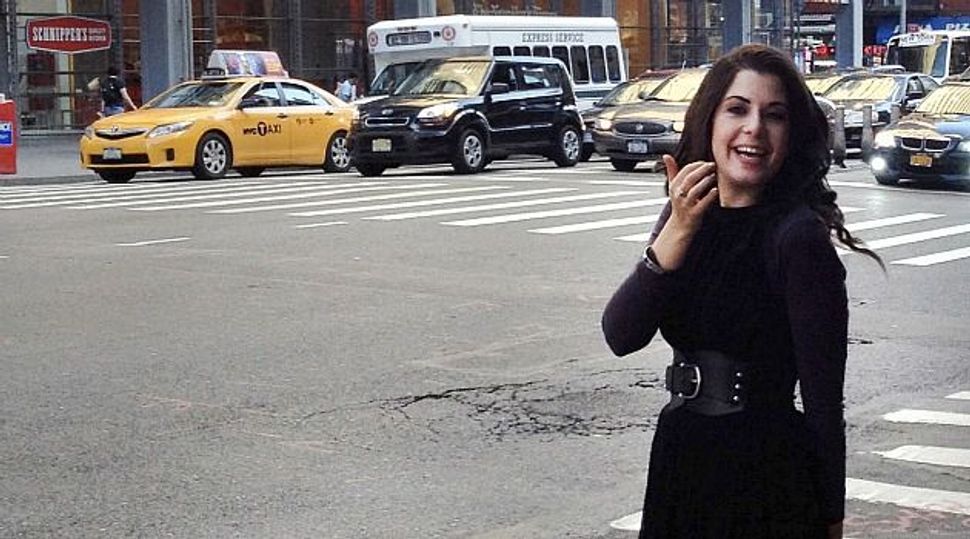 When the company executive asked me, out of curiosity, how religious I am, I froze.

The job interview had gone well. I stayed composed while answering all the questions, smiling at my interviewer while admiring the river view behind him.

But now, my religion? I shifted in my seat. My tailored skirt suit suddenly felt uncomfortable as I blurted out: “I’m not that religious.” My poise was ruined. I plunged into a winding explanation that, really, I’m not so Orthodox, though I am kosher and I observe the Sabbath and some other things, but really I’m normal and I have a college degree and I can write and socialize like a normal human being.

The executive laughed and said, “Good, I’m glad to hear you’re not too religious,” and then offered me a job on the spot.

When I left the office, I was shaking. Why did I have to explain that I wasn’t “that religious?” It’s a false statement, after all. I am actually quite Orthodox. Was I embarrassed by my own observance — how I would have to leave early on Friday afternoons, sip mineral water at corporate events because the food isn’t kosher, and politely decline male co-workers’ invitations to after-work drinks? So what if I use a coffee break to recite my prayers in the corner of my cubicle? So what if I am the only woman wearing a skirt while the rest of the women wear trousers? Why did I minimize my own values, the very ones I follow so passionately?

Looking back, I realize I was responding to a brand of prejudice that I have grown to expect from secular Jews like this company executive. Whatever his preconceived notions were about “the Orthodox,” I felt I had to claim they were not applicable to me.

As a young Orthodox woman in New York City, I find no dissonance between my career aspirations in journalism and my traditional lifestyle. I grew up studying in yeshiva day schools, immersed in text study and learning several languages. My Orthodoxy has not stopped me from pursuing my education and career. And I am blessed to have female Orthodox friends studying in the world’s top universities, seeking advanced degrees. What I find so challenging for Orthodox women — and men, for that matter — is the outside world’s assumptions about who we are and where we come from. This hurdle is more difficult to clear than the occasional elder who shakes his head and says, “This isn’t a good job for a young Jewish girl.”

Traditional values are not the only ones that can hinder success. Ironically, sometimes the secular world is the one that objectifies me more than the traditional world. I am constantly told by the media that I ought to feel marginalized by my laws and rabbis — yet how many moments are there that I feel pigeonholed by the secular world as “an Orthodox woman” or labeled by company executives as solely “religious” and thus strange and likely problematic? I am told that I should feel marginalized behind the prayer partition in my synagogue, yet sometimes I find myself growing more defensive in the glass offices of New York City’s tallest skyscrapers.

Avital Chizhik is a journalist living in New York City. She can be reached on Twitter at @avitalrachel.