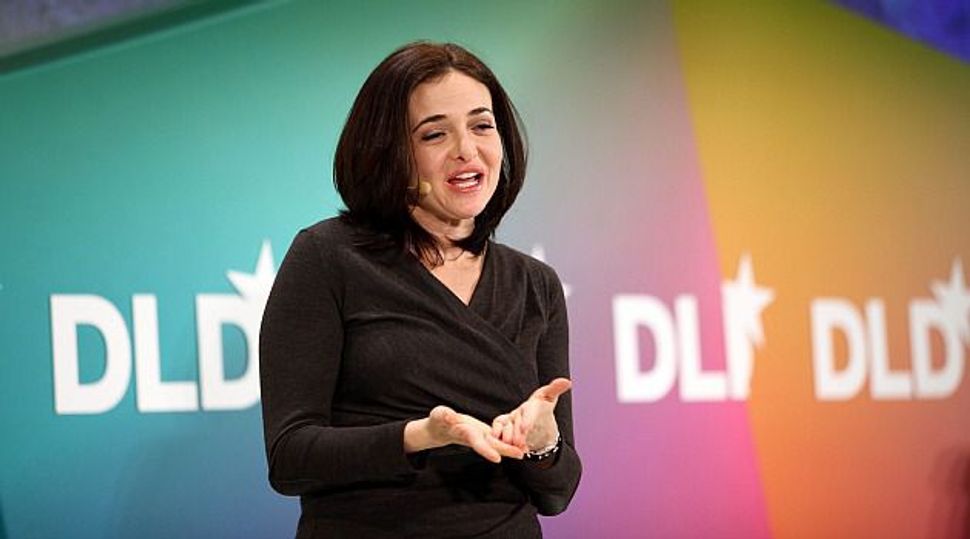 Having it All: Facebook?s Sheryl Sandberg prioritizes family leave. Image by Getty Images

It was only a couple of years ago that some people, especially women of a certain age, were surprised, even shocked, when I told them what I did for a living. “Feminist blogger?!? People still care about that stuff?” The best-case scenario: They treated my work as a curiosity. The worst? They didn’t see it as a necessity.

Fast-forward to today, and feminism has become a vibrant and diverse movement of rabble-rousers igniting a mighty fourth wave. As 2013 begins, here are the top five ways that ladies are declaring “Yes, we can” all over again.

The past few years have welcomed groups dedicated to showing exactly how poorly represented women are in media, film, tech, finance and the Jewish world. Now, industry leaders are held accountable by annual report cards that show the status of women in their fields, and they are subject to public shaming campaigns when they don’t do anything to change the ratio. And, with her annual salary survey, the Forward’s Jane Eisner has put a spotlight on the gender disparity in the Jewish not-for-profit organizations world.

2. Today, women aren’t just officially funny – we are the funniest!

Okay, maybe that isn’t entirely fair, but whereas Tina Fey was once a party of one, she is now joined by such hilarious leading ladies as Amy Poehler on “Parks and Recreation,” Christina Applegate on “Up All Night,” Mindy Kaling on “The Mindy Project,” Zooey Deschanel on “New Girl” and Lena Dunham on “Girls.” The kicker: The majority of these shows are created and run by women.

3. Women have turned work/life balance into a national issue.

Sheryl Sandberg, chief operating officer of Facebook, and Princeton University professor and Atlantic contributor Anne-Marie Slaughter have ensured that our desperate need for solutions — for better maternity and paternity leave policies, affordable child care and flexible work schedules — is no longer something just working moms are griping about.

4. Women are getting honest.

Really honest. While our culture of over-sharing through blogging and social media has its drawbacks, the confessional spirit has turned the whole world into one of those consciousness-raising groups that feminists participated in during the early 1970s. Back then, women gathered in living rooms to share their concerns and insecurities. Today, we broadcast our protests against impossible expectations for women far and wide, making sure we are heard.

5. Women still have access to birth control and abortions.

Who would have thought, 10 years ago, that this would be a sign of a reinvigorated women’s movement? But in 2012, politicians and pundits had some funny ideas about what defines rape (ahem, Todd Akin) and who is a slut (Rush Limbaugh), and it took good old-fashioned activism, both online and in person, to stop these folks in their tracks. Also, the United States elected more women than ever to Congress this year; we now have 19 in the Senate and 79 in the House. The bad news is that the struggle for our reproductive rights is hardly over. The good news is that we are fired up and ready.