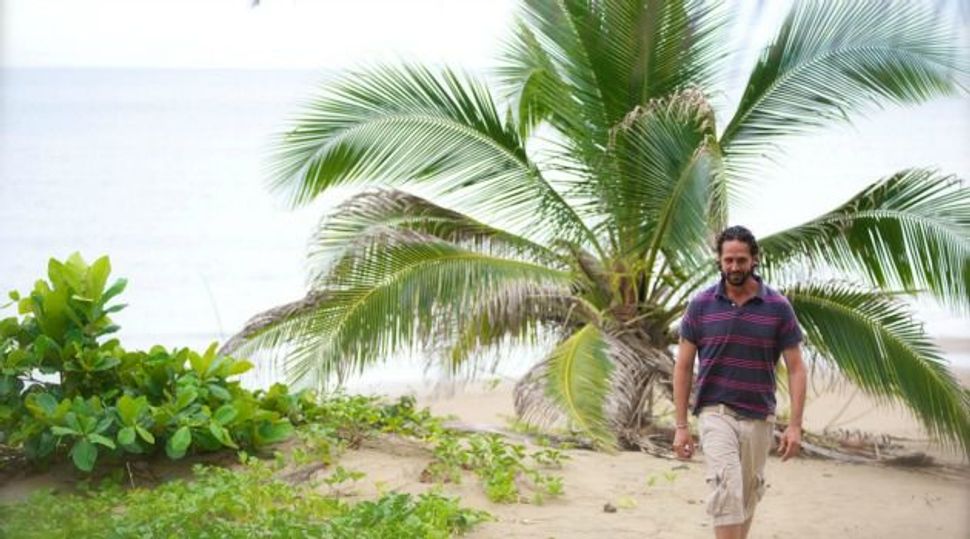 It’s a five-hour drive from Panama City, over patchy roads and confusing highway turn-offs, but once you reach Pedasi, you realize the spot everyone raves about lives up to the hype.

The tiny fisherman’s village emanates tranquility. There is no concept of “hurry” here. The green hills roll on forever, and the best surfing break in the country is just minutes away.

Driving through pastures where cows meander up to a rickety fence and the only traffic is on horseback, you suddenly reach endless white sands and blue waters. It’s one of the most beautiful places you’ve ever seen — in no small part because practically no one else is there. There are just three beachfront hotels and one backpacker’s hostel. It is, you think, truly paradise, a secret you want to hush up and hide.

Then the surprise: Most of the foreigners here are Israeli; many are relatives or friends. The only restaurant offers Shabbat dinners, which are packed. In fact, the chef was recruited from one of Tel Aviv’s hottest restaurants, Kimel. The hostel is crammed with Hebrew books; in the calle, Hebrew is almost as common as Spanish. Just how, you wonder, did a Central American Garden of Eden become a tiny Israeli outpost?

“Whenever there is good opportunity, Israelis are there,” says Avihai David, the 35-year-old, blue-eyed, tattooed and deeply tanned part-owner of Dekel Development, which owns much of the beachfront property here.

The story of the Israeli presence in Pedasi begins circa 2004 with Daniel Rudasevski, who went surfing in Costa Rica after serving in the Israeli army. Through a mutual Israeli friend, he met Rafi Museri. The two hit it off, shared the same vision, and saw the opportunity in Costa Rica. Museri called David, a childhood friend working in Namibia at the time, and said: “Let’s do something that’s ours. If we succeed, we succeed. If we lose, we lose.”

Family and friends in Israel invested, and the trio flipped land and made money. But they had grander ambitions, and there was no space for that in developer-saturated Costa Rica. They had heard good things about neighboring Panama, which surfers — so often the first to know — were touting as the next, but better, “pura vida,” pure life.

“We came to Panama, and we spent a year scouring every beach and every town, and we didn’t find any place that made us really excited until we found Pedasi,” says Museri, a tall, burly 34-year-old who spent nine years in the Israeli army and grew up on a kibbutz. “As soon as we woke up in the morning it was clear. This was it.”

At the time, there wasn’t much there. The prominent French architect, Gilles Saint-Gilles, fell in love with the region in 1997 and constructed a multi-million-dollar estate for himself and his wife. By 2002, Saint-Gilles had begun working on several residential development projects.

When the Israelis arrived, the roads were still poor, the infrastructure terrible. But they saw the waves, the world-class fishing, the whales and dolphins and turtles that frolic here and knew they had stumbled onto something magical. It wasn’t just the untouched natural beauty, but also the character of the place.

The Azuero Peninsula, encompassing Pedasi, is almost mythological in Panama’s psyche. It’s home to some of the most revered national festivals — no place in the country celebrates Carnaval, the four days of hedonism before Ash Wednesday, as passionately. Beautiful traditional clothing is still made here, as is the national liquor, distilled from sugarcane and called seco.

Spanish-colonial plazas abound. Yet remarkably, until recently, it remained a secret to much of the outside world; the locals are still friendly to tourists, curious and kind. Explains David: “The best way to tell what a place is like is when you’re surfing there. In every place in the world there is competition for waves: in South Africa, in El Salvador, in Australia, you name it. But when you surf in Pedasi it’s like, ‘Come share the waves with me.’ There’s good vibes in the water. It’s very tranquilo. That’s what the people are like too.”

The friends already had formed Dekel Development in Costa Rica. As the global economy shattered in 2008 they began buying property in Pedasi.

“I was really a little bit in shock,” says Rudasevski’s brother, Jonathan, one of Dekel’s first investors. “I’d never thought about Panama before in my life. But they were so excited.”

One of their first projects was Andromeda Ocean Estates — “just a cornfield when we got there,” David says — that today is a luxury beachfront residential community, one of Pedasi’s first. Forty percent of the development, which offers more than 200 residential and commercial lots, is sold.

“We were doing it all,” says Museri. “We were buying land, we were dealing with zoning, we were handling architects, we were putting in electricity, sewage systems, we were doing the sales, property management, everything.”

They roped in friends back home: On one trip to Tel Aviv, Rudasevski reconnected with Natalie Libert, whom he’d had a crush on since high school. He convinced her to follow. She helped design their coffee shop, Pedasito, which quickly transformed into a bustling hotel and restaurant.

“I fell in love instantly,” she says of Pedasi (and presumably feels similarly about Rudasevski; the two are marrying in May). “It’s a really special place.”

On another trip back home, Museri had a spectacular massage. He offered the masseuse a job in Pedasi; today she runs a spa there. Rudasevski’s army buddy, 29-year-old Adi Shlush, came to visit. He promptly packed up all his stuff and moved to Panama, too.

“I saw the opportunity here,” he says. Panama, with its 10 percent annual economic growth, dollar-based economy, and relatively stable government, has sought to entice foreign businesses and visitors. The government makes it relatively simple to maintain residency and work permits and offers tourists free health insurance for 30 days. Last year, about 2 million visitors came to this country of barely 3 million people. The New York Times rated it 2012’s best place to visit.

But it’s not just that, Shlush says: “I feel comfortable here.”

There are about 8,000 Jews in Panama, and Jewish immigration here has tripled in the past two decades, according to the World Jewish Congress, an international federation of Jewish groups. The organization notes Panama is also the only country outside of Israel to have had two Jewish presidents in the 20th century: Max Shalom Delvalle, in 1969, and Eric Delvalle Maduro, from 1987-1988.

Today Dekel has about 12 projects in the Pedasi region — all in various stages of development — including an eco-lodge, Pedasi’s first large-scale shopping center, another giant resort community, a bakery, the hotel, a coffee shop and a wine bar. More is planned. It all raises the question: aren’t the friends endangering the very qualities they say they love about Pedasi, the untouched beauty, the simplicity?

No, says Museri. He notes that though their zoning permits allow them to build seven-story buildings, none are higher than three; most are just one level. They say they are going beyond environmental stipulations, incorporating twice the amount of green space than required, for instance, and using the highest quality sewage systems available.

“Pedasi is one of the most amazing places in the world,” David says. “We want to keep the nature as it is.”

Moreover, by now, most of the beachfront property has been sold and is under development: “It’s already happening,” Museri says. “We’re just trying to do it well.”

Lomi Kriel’s work has appeared in the Guardian, Los Angeles Times, Miami Herald and the Houston Chronicle, among other publications. She lives in Panama City.