Czech Jew a Frontrunner To Become Next President 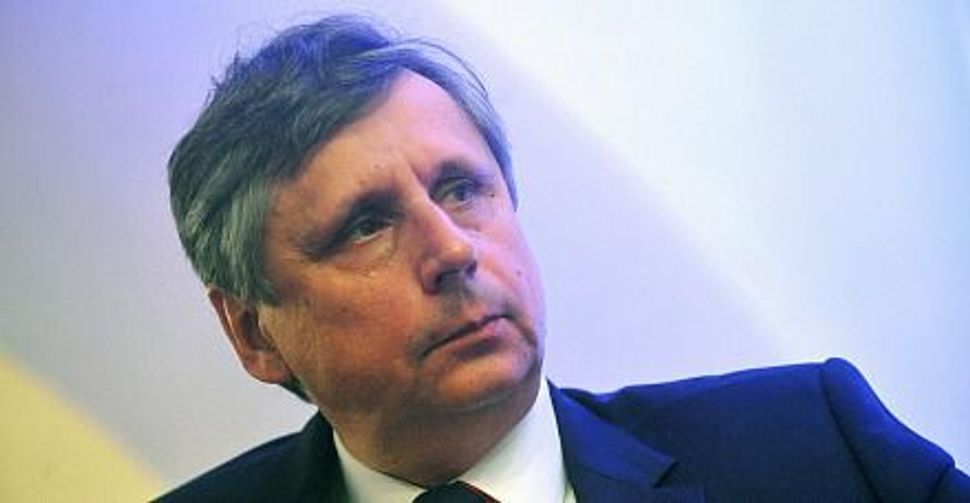 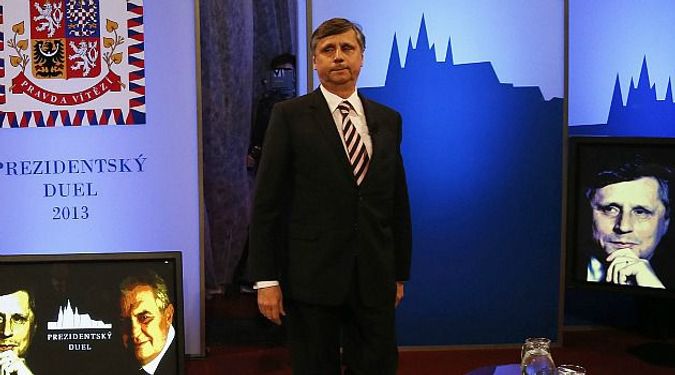 Trailblazer: Jan Fischer is a frontrunner to make it to the run-off of the Czech presidential race. Image by getty images

If the pundits are correct, the Czech Republic may become the first country other than Israel to elect a Jewish president.

Jan Fischer, 62, an understated former prime minister who led a caretaker government following a coalition collapse in 2009, is neck and neck in the polls with another former government head as the nation holds its first round of presidential elections on Friday and Saturday.

The two front-runners advance to a runoff, and political prognosticators are predicting that Fischer will reach the second round.

“He’s like our Joe Lieberman,” said Tomas Kraus, chairman of the Czech Federation of Jewish Communities, referring to the failed U.S. vice presidential candidate. “Whether or not you support him, you can’t help but be proud he has come this far.”

Technically speaking, Europe has had a Jewish president: Ruth Dreifuss, who was president of the Swiss Confederation in 1999. But the Swiss presidency is a one-year rotating post, not a popularly elected position, and the president doesn’t really have broader powers than the other members of the Swiss Federal Council.

Europe has had other Jewish heads of government, aside from Fischer: Leon Blum, who was prime minister of France in the 1930s and ’40s, and Austria’s Bruno Kreisky, who served as prime minister from 1970 to 1983. Britain’s Benjamin Disraeli came from Jewish stock, but his family converted out of the faith before he was born.

Fischer, whose career highlights include running the Czech Statistical Office and serving as vice president of the European Bank for Reconstruction and Development, slipped from first to second in the polls following a lackluster performance last week in a televised debate.

His ascent from skilled technocrat to high-echelon politics – and possibly to Prague Castle – sheds light on the region’s nuanced relationship with Judaism and Israel.

Running on a platform promoting economic growth and political transparency, Fischer also is known for his pride in what he calls the Czech Republic’s “very friendly relations with Israel.” He noted that the Czech Republic was consistently one of Europe’s most ardent supporters of Israel in times of crisis, a tradition dating back to the 1920s when the first Czechoslovak president, Tomas Garyk Masaryk, endorsed the creation of the Jewish state.

More recently, the Czech Republic was among only a handful of countries in the world to vote against upgrading the Palestinians’ status at the United Nations.

Fischer thus finds it unnecessary to bluster in the same way as his chief presidential rival, Milos Zeman, who has declared his support for a preemptive strike against Iran.

“I have no need to demonstrate my friendly attitude towards Israel because everyone is familiar with it, so I don’t need to say something very strong,” he told JTA in a wide-ranging interview, adding that he is well aware that “Iran is the dark force in the region.”

Fischer’s professions of devotion to Israel weren’t always so robust. Before the Communist regime collapsed in 1989, it was dangerous for anyone – especially a government employee – to sympathize with Israel because the authorities toed the Soviet anti-Zionist line.

His upbringing is a case study of post-World War II Jewish life in Central Europe. His father survived Auschwitz and other Nazi concentration camps, and his mother was Catholic. He celebrated Czech Christmas and attended synagogue.

“My father brought me to the synagogue for Yom Kippur and Rosh Hashanah and Purim,” Fischer recalled. “During Pesach we didn’t organize a seder, but we did have matzah. Father was a member of the Jewish community until the end of the 1950s.”

That changed once Czechoslovak Communist leaders became more virulently anti-religious; Judaism was no longer high on his family’s list of priorities.

It changed again – as it did for many of Fischer’s generation – when his son began to discover his Jewish roots. Also named Jan, Fischer’s son was born in 1989, the same year the Velvet Revolution swept communism from the country.

“He was very interested in the story of the Holocaust and he liked to talk about my father despite [the fact] that he died in 1975,” Fischer said. “Through his discoveries he developed a strong bond with Judaism, and he brought me back.”

Fischer credited the Lauder Jewish School, which his son attended, for educating the whole family.

Fischer’s father, also a Prague statistician, was forced to collect numerical data on Jewish families for the Nazis.

“When he arrived in Auschwitz he didn’t expect to live, but Mengele found out he was a mathematician and thought he could be of use,” Fischer said.

Although some may not deem Fischer as Jewish by halachah, or Jewish law, he invokes the Holocaust experience as a defining characteristic of those who view themselves as Jews.

“It is a common tragedy,” he said, “and based on it I feel part of this community.”

Even in the relatively liberal-minded Czech Republic, however, being Jewish can be a political disadvantage. When Fischer took over as prime minister, a smattering of comments on blogs referred negatively to his Jewish origins. There were hints, too, that Fischer was part of a secret brotherhood, as one of his advisers also was Jewish.

But Czechs mostly were just curious about their new leader’s religious background. His ethnicity again became a focus of public fixation when when his predecessor, thinking he was off the record during a taped magazine interview, slurred a gay minister and Fischer, linking a penchant for compromise to his Jewishness.

During his tenure as prime minister, Fischer was admired for aggressively pursuing extremist groups that were terrorizing the country’s largest minority, the Roma. As a result of these activities, and partly on account of his religion, Fischer’s son was put under police protection.

Although Fischer’s influence as president would be limited in a parliamentary democracy and his powers largely ceremonial, the head of state does occasionally remark on foreign policy issues. And that is where Israel comes up again in conversation.

Fischer is bluntly critical of the European Union’s sometimes muddy statements with regard to Israel. Asked if he agreed with the EU’s repeated condemnation of Israeli settlements, he said, “The voice of the European Union is sometimes strong [on this topic]. It is not the opinion of every country. The reality is that the EU hasn’t got any foreign policy. I don’t think the settlements are the greatest issue in the region. Iran is the greatest issue.”

If there is a shadow hanging over Fischer in the eyes of Czech voters, it is not his religion but his former membership in the Communist Party. Fischer says he joined under pressure to keep his job as a public employee and has publicly apologized for the decision.

Compared to his two larger-than-life predecessors – human rights luminary Vaclav Havel and Euroskeptic Vaclav Klaus – Fischer is distinguished largely by the fact that he is so reserved. Critics have noted his lack of charisma.

Jiri Pehe, a former adviser to Havel and now a well-known political commentator, doesn’t think that’s such a bad thing. Fischer, he says, appeals to the average citizen.

“Czechs are fed up with a presidency where a president has to be highly visible and interfere with party politics, and make speeches on issues like global warming,” Pehe said. “Maybe they want someone ordinary, someone to act as the chief notary, putting a seal on international documents.”

“A lot of people who are crooks have charisma,” Barash joked. “Maybe it’s a good thing he doesn’t have charisma.”

On a more serious note, Barash says Fischer might be good for the country, which is among the most atheistic in the world, according to surveys.

“That he is a believer is something very special for the Czech Republic,” Barash said. “Such a secular society, it is missing here.”

Czech Jew a Frontrunner To Become Next President