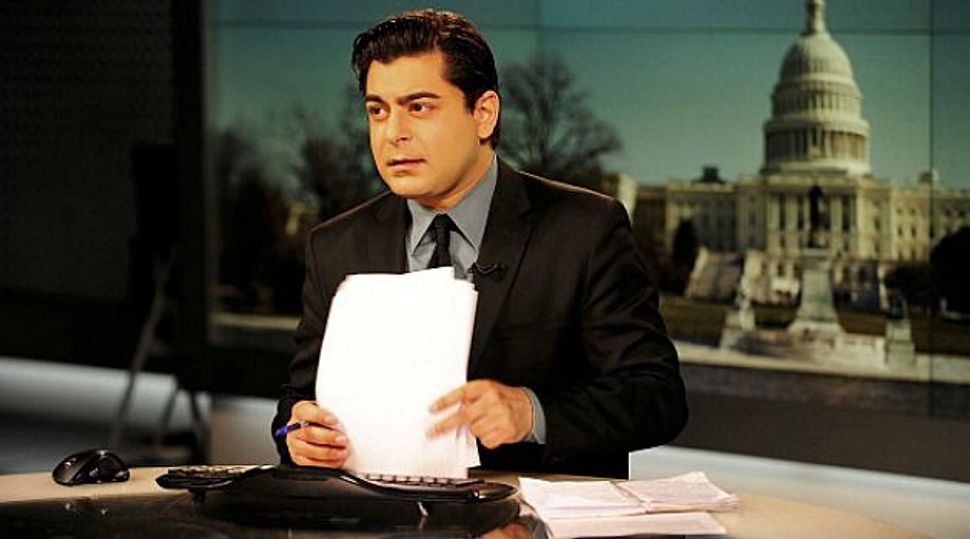 From Doha to D.C.: Al Jazeera may be coming to your living room soon. And some say that might not be such a bad thing. Image by getty images

In the Middle East, networks financed by Western countries — such as France24, the BBC’s Arabic Service, Russia’s RT and Voice of America — have long been a staple of local airwaves. Now, the United States may be about to experience a Middle East-owned network talking back.

Much remains unclear about what Al-Jazeera’s planned new venture in the United States, Al-Jazeera America, will look like onscreen. But the sale of Current TV, Al Gore’s struggling cable channel, to the Arab news network for a reported $500 million will give the Qatari government-owned broadcaster access to some 40 million American viewers whose cable television carriers now bring them the former U.S. vice president’s channel — assuming those carriers retain the channel under its new ownership.

That remains uncertain. Time Warner, for example, one of the country’s major carriers, initially said it would drop the channel under its new owner but has since said it will monitor viewership before making a decision.

Since the January 4 announcement of the sale, many media outlets in the United States have editorially praised Al-Jazeera English, which already broadcasts separately from the channel’s Arabic service, for its professional content and the breadth of its world coverage. The new U.S. channel will be yet another, separately produced English language channel for the network.

But for some critics in the Jewish community, the network’s Arabic language operation raises alarms about the channel’s coming to America. In a statement released the day of the sale announcement, ADL national director Abraham Foxman charged that the Arabic channel has “exploited and exaggerated the Arab-Israel conflict… giving all manner of virulent and anti-Israel and even anti-Semitic extremists access to its air waves.”

Some of the network’s record cited by concerned Jewish groups appears well-supported. In 2008, for example, the Arabic channel’s Beirut bureau chief held a party to welcome back Samir Kuntar, a convicted terrorist released by Israel in exchange for the bodies of two Israeli soldiers. In his broadcast, Ghassan bin Jiddo, the Al-Jazeera Arabic bureau chief, hailed Kuntar, who was found guilty of murdering four Israelis, including two children, as a “pan-Arab hero.” Under pressure from Israel, the channel later apologized for the episode in writing.

But some of the criticism from Jewish groups may be misleading. On its website, the Committee for Accuracy in Middle East Reporting, a prominent pro-Israel media watchdog, cites the case of David Marash, a former ABC reporter for “Nightline,” who left Al-Jazeera English in 2008 after two years for what he then called its “reflexive adversarial editorial stance” against Americans.

But in an interview with the Forward via email, Marash retracted this statement.

“Actually, the anti-American bias I felt was more personal than editorial,” he said. “I have come to regret using the word.”

Marash explained that he saw the perspective aired on both Al-Jazeera’s English and Arabic channels as “definitely post-colonial, and largely anti-colonial.”

“This predisposition frequently makes them hyper-critical of America,” he said in his January 7 email, but he added, “That is not the same as being anti-American.”

Marash said that Al-Jazeera English works hard at journalistic professionalism in its Israel coverage “That they are offended by Israel’s occupation of Palestinian territory, and by the contemptuous dismissal of both Palestinian leaders and the prospects for peace by the Netanyahu government should neither surprise, nor outrage, anyone.

“As I said at the time, and still believe now, for all its flaws, Al-Jazeera English still rates as the best of the world’s English language news channels.”

Al-Jazeera Arabic was founded in 1996 by Qatari Emir Sheikh Hamad bin Khalifa, and soon enough, its thorough reporting, use of technology and penchant for challenging those in power in the Middle East — all unprecedented for Arabic news channels then — made it one of the most watched news sites in the Arab world.

Arab media scholar Lawrence Pintak sees Al-Jazeera’s move to America as a logical and positive development for the award-winning network.

“There is a huge void of real news on American television,” Pintak said. “On the global stage, they seek out under-covered stories, particularly out of the global South,” he noted, referring to Al-Jazeera. “I think in the United States they will be seeking out under-covered domestic stories that are still important for the American viewer.”

But Andrea Levin, CAMERA’s national president and executive director, is less concerned with the breadth of Al-Jazeera’s coverage than with the balance and professionalism of its reporting on Israel and of Jewish issues.

“We would hope that if they are entering the American space that they… really do care about getting the story straight,” she said.

Most recently those interests are on display in the channel’s sympathetic coverage of the Syrian revolution and relative silence on uprisings and brutal repression in Bahrain, a Gulf state monarchy, like Qatar.

At the same time, say Radsch and other analysts, it is widely known that the Qatari government does not interfere in the English-language broadcasts in the same way. Indeed, even the ADL’s Foxman acknowledged in his statement that in its English-language version, “lately Al-Jazeera has toned down its anti-Israel propaganda.”

Pintak attributed the difference in the two Al Jazeera channels’ broadcasts in part to the fact that the staff of the network’s English language channel is largely made up of journalists trained in the West, where historically government control of media has been less direct. The audience being addressed also affects the coverage, he said.

Levin vowed that CAMERA would monitor Al-Jazeera America’s broadcasts closely when they appeared and would contact producers if it found questionable content. Pintak emphasized the need to set aside any biases monitors might have due to Al-Jazeera’s Arabic service while conducting such monitoring.

Philip Seib, director of the Center on Public Diplomacy at the University of Southern California’s Annenberg School for Communication & Journalism, said that even those who disagree with Al-Jazeera’s coverage could still benefit from exposure to its different perspective.

“Even for people who are very supportive of Israel, watching Al-Jazeera, which has very good coverage of the Arab world, is going to be a valuable asset,” he said. “They can get a sense of what’s going on in the Arab world that most American news providers don’t give their viewers.”

Seib stressed that, as with any media outlet, viewers should be aware of Al-Jazeera’s ownership structure. But he said Americans could benefit from seeing news about themselves through a more global lens.

According to news reports, 60% of Al-Jazeera America’s programming will be produced in the United States; 40% will come from Al-Jazeera English-language bureaus abroad. The network has bureaus in more than 70 countries, with a staff of more than 1,000 from 50 nationalities.

The already established Al-Jazeera English, which reaches an estimated 250 million households in 150 countries, currently has bureaus in New York, Washington, Los Angeles, Miami and Chicago, reaching 4.7 million homes in America. According to the network, Al-Jazeera America intends to open offices in several more cities, increasing its staff to 300 with a headquarters in New York City.

“I think it’s going to be interesting to watch,” Pintak said. Ultimately, he added, the marketplace of ideas will decide Al-Jazeera America’s fate. “A lot of people will be getting their resumes ready” In the meantime, he said.