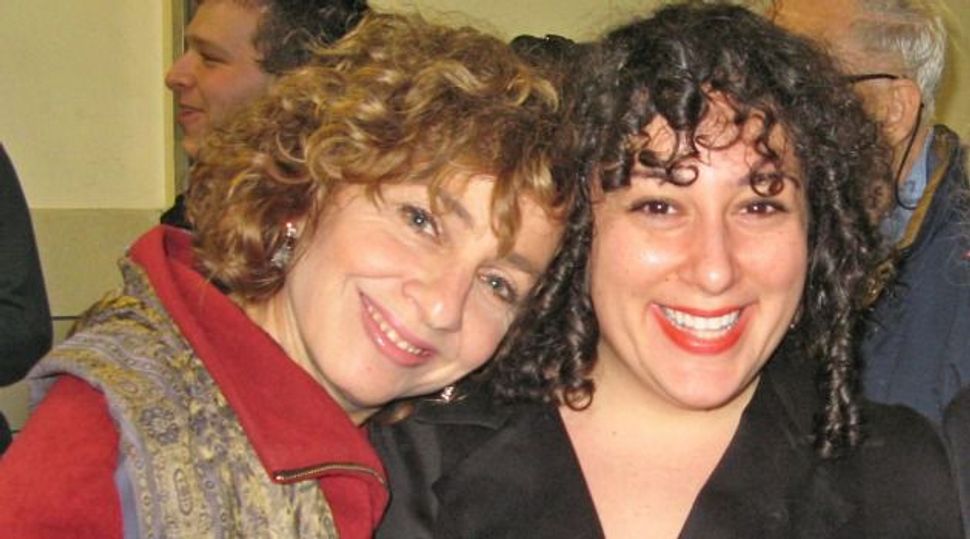 Nearly 1,000 guests crowded into the Waldorf-Astoria’s Rainbow Room for Yeshiva University’s 88th Annual Hanukkah Convocation on December 16, 2012, at which President Obama’s chief of staff, Jack Lew, recipient of an honorary Doctor of Law degree, was the keynote speaker. In his introductory comments, Y.U.’s president, Richard Joel, commented on “the unspeakable tragedy of countless deaths of children through wanton killing,” the “merciless super storm Sandy, which proved catastrophic for so many in our community,” and “our brothers and sisters in Israel, [who] endured a frightful battle of aggression.” Looking out at the black-tie assemblage, he pointed out “honorary trustee Nobel laureate Elie Wiesel” and “Yeshiva College alumnus Cardozo board member Leon Charney, who used his wisdom and influence to help choreograph a peace agreement between Egypt and Israel, which remains to this day.” Joel proclaimed: “We are the world’s Torah-informed university charged with the sacred understanding of engaging the world around us with our wisdom, with our values and, yes, with our actions.”

Joel commended Lew as “perhaps one of the highest-ranking Orthodox Jewish advisers to a head of state since Abrabanel,” a reference to philosopher, statesman Isaac Abrabanel (1437–1508), who lived in Spain and died in Padua. Listing Lew’s accomplishments on his trajectory, from “Forest Hills, Queens, to the president’s chief of staff,” Joel noted that Lew was “among the founders of the Jewish Primary Day School in the nation’s capital.” Turning to yarmulke-wearing Lew, Joel declared: “You act from principle, not partisanship or ideology…. Recently the president said about you: ‘I trust your values. I trust your judgment.’”

At the dais, Lew discussed the mass shooting that took place December 14, 2012, at Newtown, Conn.’s, Sandy Hook Elementary School: “As we gather tonight in Manhattan, President Obama is in Newtown, spending time with the families and offering condolences… on behalf of a grieving nation.” He recalled “the faith of the Maccabees, whose “perseverance has inspired generations to believe that the darkness will fade and a brighter tomorrow is always within our reach.” He spoke of his father’s and mother’s respective families, who “left Eastern Europe… to escape the persecution of Jews…. They were lucky to leave before it was too late. And they were especially lucky to come here, to America… whose promise of freedom and justice was a powerful attraction…. My parents made sure that I grew up with a deep appreciation of how fortunate I am to be an American… and I did learn how important it was to preserve our Jewish traditions but also promote America’s values. And [that] it was just as important to vote on Election Day as to observe the Jewish holidays.”

Praising Y.U. for “bringing together religious and secular teachings… where generations have relied on teachers to bring both elements into the classroom and to practice both in their own lives,” Lew then somberly addressed the sex abuse allegations at Y.U.. “Regrettably, we are learning of allegations that this was not always the case for some individuals. In recent days, we’ve heard of former students [who] have come forward with charges of sexual abuse from former teachers. The alleged behavior is despicable. It cannot be tolerated in any place at any time… and the response must transcend the confines of religious teaching. Leaders of this and every educational institution have a sacred responsibility under civil law to protect children from any action that might endanger or exploit them…. We can and must take a stand against it… set up preventive measures and openly address concerns as they arrive. This requires educators and leaders to be constantly vigilant.”

At the dinner in the Grand Ballroom, which followed the invocation ceremony, I stopped by to chat with Joel. He shared a table with Ingeborg and Ira Rennert (whom Joel, at the invocation, touted for their “leadership as lines of support for Israel and Torah education”), Elie and Marion Wiesel, and Leon and Tzili Charney.

Honorary degrees of Doctor of Humane Letters were also conferred upon Stanley Raskas, a director of Oxbridge Financial Group LLC and chairman of the Yeshiva College board of overseers; Moise Safra, philanthropist and founder of Safra & Co in Sao Paulo, Brazil (Safra fled Beirut, where he was born, following anti-Jewish riots there, brought on by the creation of the State of Israel), and Diane Wassner, a Holocaust survivor who was born in Lvov, Poland, and is national vice president and member of the Executive Council of Yeshiva University’s Women’s Organization .

If it’s possible to describe a memorial as a simcha, a celebration, the December 22, 2012, musical extravaganza at The Kaye Playhouse at Hunter College in memory of Adrienne Cooper, who died in 2011, fit the bill. ‘Twas a packed house, with people outside the theater pleading for tickets. “This once-in-a-lifetime cultural celebration is truly a testament to the enormous impact Adrienne made on so many of us in her joyful pursuit of Yiddishkeit and Jewish culture,” said Ann Toback, executive director of Workmen’s Circle/Arbeter Ring, which sponsored the event. “She served as a cultural leader for almost 10 years… and helped shape our work for the 21st century, building a cultural and progressive Jewish learning movement…. Her legacy continues to inspire us, and — in Adrienne’s name and her spirit — we will continue to celebrate, to learn and to build a shenere un besere velt far ale — a better world for us all.”

The roster of singers and musicians at the evening of music, music, music included Eleanor Reissa in a delicious rendition of Isidore Lillian’s comedic song “Gefilte Fish,” accompanied by a 20-plus strong orchestra, Cooper’s partner, pianist Marilyn Lerner, Cooper’s daughter, Sarah Gordon; Michael Alpert; Jeffrey Shandler; Zalmen Mlotek; Frank London; Michael Winograd; Joanne Borts, and the Klezmatics. Showstoppers included Canadian rapper Josh Dolgin, aka Socalled, in a rendition of traditional song “Baleboste Zisinke” (“Sweet Lady of the House”), and Daniel Kahn and orchestra in a riotous rendition of “How the Jews Got to Europe,” arranged by Cooper, Michael Wex and Frank London.