Being Around Gentiles Brings Out the ‘Jew’ in Us 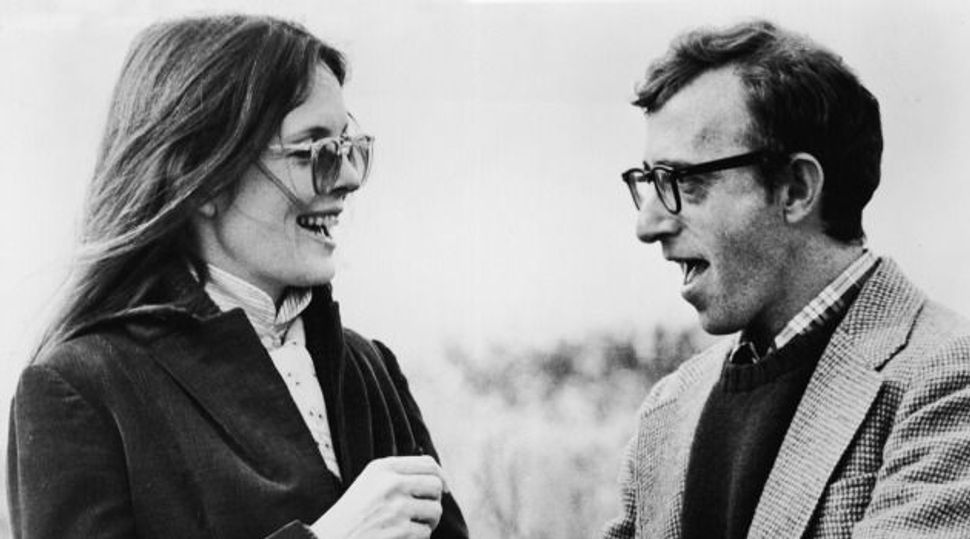 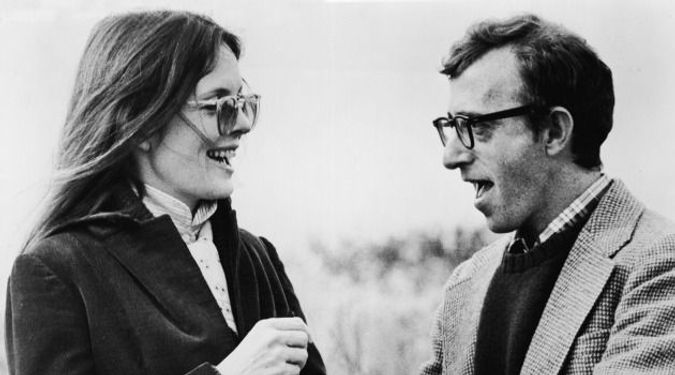 You call that a Kiddush?” whispered my husband, referring to the spread that synagogues offer after services.

Except we were in a Catholic church.

Congregants were receiving their communion wafers — a fact not lost on my darling. But there was just something about being in a church and watching the wedding of a distant, half-Jewish cousin that made my husband and me keenly, almost aggressively, aware of just how Jewish with a capital J that rhymes with K as in Koufax and kosher and knaidlach we are. And so the jokes kept coming, sotto voce, almost compulsively:

“Where’s the rebbetzin?” “Who’s the guy above the bimah?” “I forgot my tallis!” — yada, yada, yada (an expression, you’ll note, popularized by Jerry Seinfeld, who’s a — well, no need to beat you over the head with an all-beef salami). What is it about being in an un-Jewish place that brings out every Jewish instinct, impulse and, sometimes, wisecrack?

“It’s the same way you feel very American when you’re abroad,” said Ruth Nemzoff, resident scholar at Brandeis University’s Women’s Studies Research Center, and author of the 2012 book “Don’t Roll Your Eyes: Making In-Laws Into Family.” When you’re among your own kind, you generally don’t notice the way you talk, or think, or even your core beliefs. But when you’re apart from your base, you can’t help but keep comparing what’s normal for you versus those other folks. And suddenly, everything you once took for granted (or even scorned) is very precious.

This, Nemzoff adds, is why grandparents who claim they really don’t give a fig about religion are shocked when they hear that their new grandson is not going to be circumcised. No bris?! They go nuts, and their children didn’t see it coming. It’s easy to ignore a tradition, so long as it’s being upheld.

The feeling is less alienation than amazement: People don’t realize just how non-Jewish they are! “You feel sort of like the odd man out,” said Ruta Fox, creator of the online jewelry site DivineDiamonds.com and a recent transplant to South Carolina. “It’s not like people aren’t welcoming,” she said of her new, non-Jewish neighbors. On the contrary, she finds them kind and absolutely not anti-Semitic. “But there’s a church on every corner, and it seems like that’s the first question everybody asks: ‘What church do you go to?’” At a city council meeting she attended: “They did a prayer, ‘Let us pray to Jesus,’ and I’m like what?” For her, it was less the gentile setting than the immediate assumption that “we are all in this together” — Christianity — that made her feel so markedly Jewish.

And if the South can bring that on, imagine how Tobi Kosanke, a Texas Jew, feels when she visits her husband’s family in Germany. Back home, the geologist and mom considers herself “quite secular.” But in Germany? “I feel like I’ve got a menorah on my head!”

It’s not just that she feels like the only Jew for 1,000 miles around, it’s that she thinks about why there are so few Jews: They’re all gone, so she’s representin’. “We survived,” Kosanke said. “And not only did we survive, but here we are with this Jewish child.” Visiting Germany with her family — including her husband, who converted — is like a trip-long taunt to the Holocaust: Obliterate this. She and Judaism are one.

And yet, Kosanke adds, she also feels particularly Jewish back home, in her very gentile town, whenever she runs into a fellow member of the tribe. “You’ve heard of ‘Jewbiliation’ — when you get excited to find out someone’s Jewish?” she asked. Kosanke had this feeling just the other day, upon learning that her daughter’s dance teacher is a Jew. So for her, the key to feeling the most Jewish seems to be connecting to Jews, dead or alive, wherever there are very few.

This makes sense to Daniel Rothner, founder and director of the youth social action organization Areyvut. It’s why a student who might ignore Hillel at Brooklyn College just might join if she’s at Utah State. “People are often more engaged when they are the only ones or in a smaller Jewish environment, because their involvement matters and makes a difference,” he said.

Ironically, once in a Jewish environment, it’s easy to start feeling a little less Jewish. New Hampshire journalist Leah Carey was the only one of her cousins to go to Brandeis University. “Talk about feeling not Jewish!” Surrounded by students who’d grown up in more observant homes, Carey felt like an anthropologist as they danced through the streets on a holiday she’d never even heard of, Shemini Atzeret.

So maybe there is no Goldilocks’ “just right” level of Jewish-ness, at least among secular Jews. We are always comparing ourselves and trying to figure out where we fit in and, more often, where we don’t.

Lenore Skenazy is a public speaker and author of the book “Free-Range Kids” and of a blog of the same name. Her show, “World’s Worst Mom,” airs on Discovery/TLC International.

Being Around Gentiles Brings Out the ‘Jew’ in Us