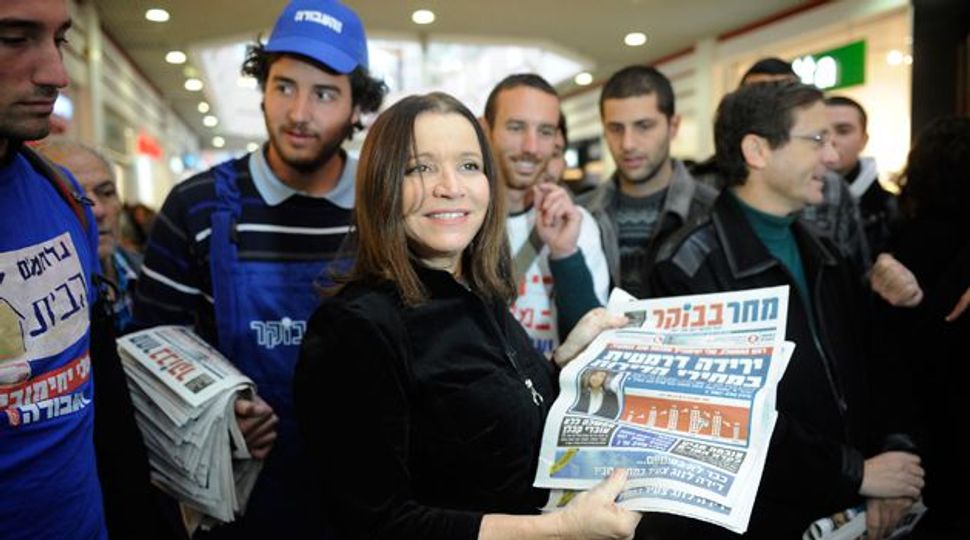 Israeli Labor party leader Shelly Yachimovich holds a newspaper produced by her campaign team in the city of Beersheba. Image by getty images

In this week’s Reporters Roundtable podcast, host Josh Nathan-Kazis is joined by Forward staff writer Paul Berger to discuss his ongoing investigation into allegations of sex abuse at Yeshiva University’s high school for boys in New York and the recent announcement that YU will launch its own internal investigation. Then, opinion editor Gal Beckerman discusses the upcoming Israeli elections and gives us a few key players to watch.