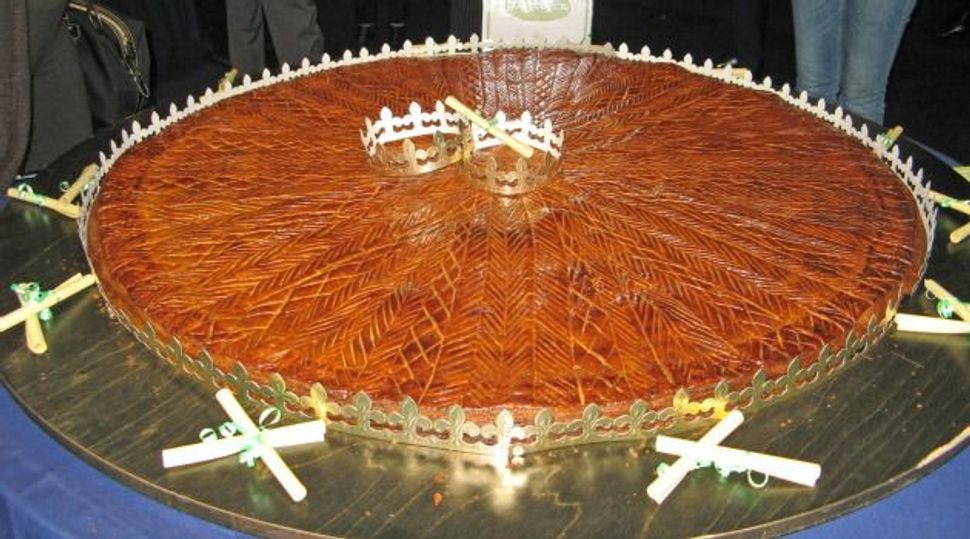 Remembering Jack Klugman and a Forward-Reading Psychiatrist From Missouri

Of my encounters over the years with actor Jack Klugman, who died at 90 on December 24, 2012, I vividly recall the February 1998 Annual Theatre Hall of Fame ceremony at the Gershwin Theatre, at which Tony Randall was an honoree. Introduced by Rudy Giuliani, who then was New York City’s mayor, Randall — who was at the time starring with Klugman on Broadway in a revival of Neil Simon’s “The Sunshine Boys” — lamented, “America did not have a classical repertory theater akin to Israel’s Habimah or France’s Comedie Francaise.” Klugman, who was sitting a few seats away, next to Lauren Bacall, seemed amused. In the 1970s, Klugman and Randall starred in the popular TV sit-com “The Odd Couple,” which was a template for the oil ad vinegar personality duo in “The Sunshine Boys.” Klugman portrayed the slob, Oscar Madison; Randall was deliciously annoying as the fastidious neatnik, Felix Unger.

In my May 12, 2005, column I mentioned Klugman, who was then starring in Think Films’ “When Do We Eat? Sex. Drugs & Matzoh Ball Soup.” In the film, Klugman portrays Artur, a Holocaust survivor who has a fear of unpacking and is a member of a pathologically dysfunctional family whose Passover Seder devolves into an evening of dredged-up hurts, clashes of ego and unsavory revelations. In the column, I commented that based on personal experience, fear of unpacking “was a well-founded survivor trauma” that should not have been an object of derision in the film.

I subsequently received a letter from David Davis, a former professor of psychiatry at the University of Missouri School of Medicine. He wrote that he “was intrigued by your column in the Forward of May 12th, in which you reported on the treatment of Jack Klugman’s character in Think-Film’s 2005 movie. You struck a chord in me with your reference to his fear of unpacking. Many years ago I wrote a poem in English about my grandfather, which I called ‘String” and later translated into Yiddish as ‘*Dos Shtrikl *’. At the time I had never heard of fear of unpacking as a survivor’s symptom. If you should have any further information about his symptom, I would be most interested to learn.”

I informed Davis that for years after my mother and I escaped from Warsaw, packing and unpacking felt traumatic. From 1940 to 1945 we traveled through countless towns and villages as well as Soviet-occupied Vilna and Kovno, then Moscow, Vladivostok, Tsuruga, Kobe [Japan], Seattle, Vancouver, Montreal, Chicago and finally New York. Since then, packing and unpacking, even for a vacation, has been difficult to revisit. We never knew where we were going, how long we would stay there and if any place would prove a safe and permanent haven.

To start off the 2013 with panache, the French Institute Alliance Francaise hosted the January 8 Galette des Rois Celebration — literally “the flat pastry cake of the Kings,” which celebrates the Epiphany. The festive pastry-tasting event at FIAF’s Le Skyroom showcased the talents of Algeria-born master pastry chef Eric Bedoucha, who is Jewish and oversaw the creation of two wagon-wheel size galettes des rois. Bedoucha, executive pastry chef and partner of Financier Patisserie — a group of 11 pastry shops, three of which are in the New York area —expertly cut and personally served a slice to each of the 100 guests. FIAF President Marie-Monique Steckel was among the first to savor the frangipane, almond-flavored cream-filled delicacy.

Earlier that day, chef Bedoucha, who was raised in France, gave me an overview of his family’s history. “We were Algerian before the French. Our ancestors predated their arrival. No matter where we lived, we were no longer welcome as Jewish people…. You always have someone who will remind you who you are.” When I asked if his family was observant, Bedoucha replied, “In Algeria we were not kosher, but after the family left for France, they became practicing [Jews].” How did he become a pastry chef? Laughing, he said: ”I did not want to go to school. The only way was to go to work, and the school system [sent] me to a place where they taught butchering, food preparation from fish to sauces and desserts.” With a sigh, he said that as soon as I touched pastry, I left to work at a pastry shop! As for the story of the Galette [Des Rois], everyone has a different story.” Whatever the story, the galettes servings were happily downed with French wines.

Among the offering of the January 9–24 New York Jewish Festival presented by The Jewish Museum and the Film Society of Lincoln Center is Co Hoedeman’s brief (less than nine minutes) black-and-white animated short “55 Socks,” based on a poem by Marie Jacobs (nee Marja Schroder), who was born in the Netherlands and whose family helped hide Jews. The setting is 1944–1945 Nazi-occupied Holland, “the year of the great hunger,” when the population resorted to eating tulip bulbs.

The short follows a woman, her daughter and the two Jewish women they are hiding, all of whom unravel a beautiful wool bedspread so that they can use the yarn to knit 27 pairs of socks — plus one odd one. The non-Jewish woman braves the danger of being stopped by Nazi soldiers, having the socks confiscated and putting the Jewish women in hiding at risk. The excursion is successful, and the film ends in a heartwarming, unexpected way.

This short revived the memory of my mother secretly leaving Nazi-occupied Warsaw for the countryside to exchange a winter coat for food; she returned a day later with a package of rotten herring and some pumpkin rind.