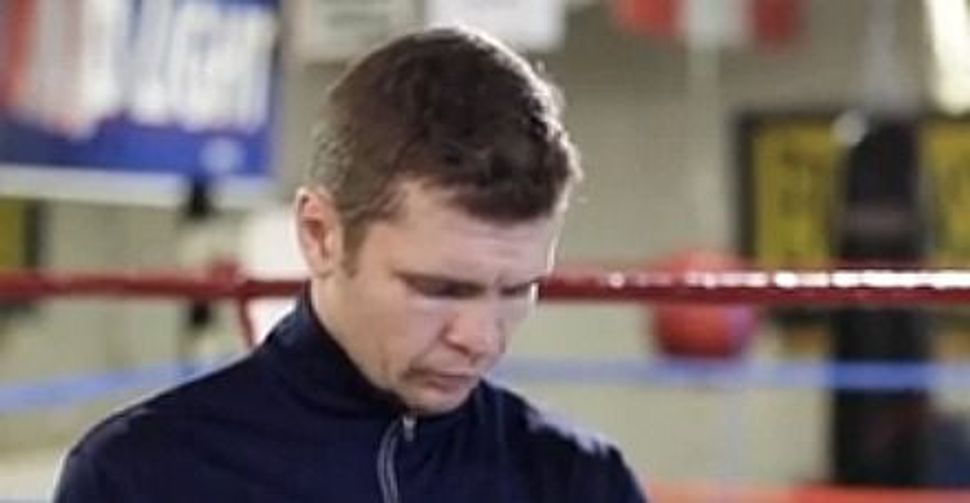 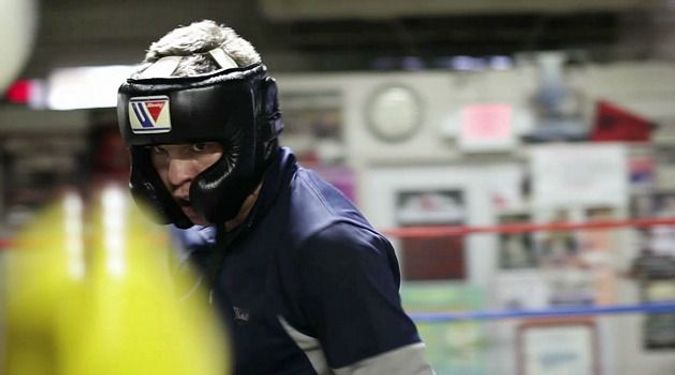 Comeback Kid: Boxer Yuri Foreman is making an inspirational comeback. He credits his fellow Jews with giving him the passion to return to the sport he loves. Image by ari jankelowitz

Yuri Foreman, the Orthodox rabbi-in-training and former boxing champ, is on the comeback trail — and he thanks his fellow Jews for giving him the inspiration to make it happen.

The onetime WBA world light middleweight champion returns to the ring with a non-title bout against Brandon Baue in New York on Wednesday, January 23. It will be Foreman’s first fight in New York since his devastating loss to Miguel Cotto at Yankee Stadium in June 2010.

“Jewish people are happy that I am coming back, they had been waiting, so it’s kind of inspiring, because it’s not just me.” Foreman said.

Foreman (no relation to George), fights under the Israeli flag and is one of the few Jewish professional boxers around. Born in Belarus, he immigrated to Israel at the age of 10 before moving to Brooklyn at 19 to further his boxing career. Now at 32, with a record of 28 wins and 2 losses, he is possibly the only Jewish boxer in history seeking to be ordained as an Orthodox rabbi while fighting at the highest level of his sport.

The fight is at B.B. King’s Blues Club and Grill in Times Square

Boxing is a sport where one’s ethnicity is still a topic of interest and when a fight is promoted Foreman’s Jewishness is repeatedly highlighted and brought to attention. Yet, Foreman does not feel the added pressure of being considered as a symbol for the Jewish people.

“I am representing Jewish people, not just Orthodox people, but Jewish people as a big group, even if we are small,” he said. “I feel also leaning towards [that] I’m not just only for myself, but also for Jewish people.”

However, at one point Foreman almost gave up the sport he loves.

In the weeks before his first comeback fight in March 2011 against Pawel Wolak, Foreman had been forcing himself to train. He had come back too soon from major reconstructive knee surgery. His beloved manager and the sandak (the person who holds the baby during the circumcision) of his son’s circumcision, Murray Wilson, had recently passed away unexpectedly. Coupled with a decision to split from his beloved trainer of 6 years Joe Grier, Foreman found himself grasping for motivation.

“I stopped dreaming of boxing. I was like a robot.” Foreman said. “I just tried to tell myself that I would get through this because I am professional.” Yet boxing is very much a mental game. The Wolak fight ended in between the 6th and 7th round with Foreman sitting in his corner unable to continue, suffering from mental fatigue.

“It was all bad. I didn’t even move. I just moved a little bit in one direction – the direction where my good leg was. After the fight I wanted to forget about this as quick as I could. Get back home from Las Vegas and completely forget about boxing.”

Foreman took a break from serious training. He continued working out simply to stay in shape. Not yet ready to retire, but knowing that he needed time off, he recuperated while searching for an answer on his future. Judaism and his rabbinical studies filled the void. “It helped me stay focused while I was away from boxing and be concentrated on my goals and priorities.” Foreman said.

Gradually his desire to fight returned and once again he found himself dreaming about boxing.

“Since I was 7, I knew I wanted to be World Champion.” Foreman said.

He reconnected with Grier and strength and conditioning coach Mark Puttenvink, and began a more rigorous training program. For the last six months he has followed a strict routine. Three days a week after dropping off his son at daycare, he rides a series of subways and the NJ Transit to Paterson, NJ, where he meets with Grier and Puttenvink, preparing for his next fight.

To watch Foreman training these days is to see a man at ease with himself. When the time comes for him to spar, Foreman bounds off boyishly into the locker room. He re-emerges with carefully cut tape that seems to have been saved for weeks for Grier to use in wrapping Foreman’s gloves.

Foreman just smiles and shakes his head. He has returned.