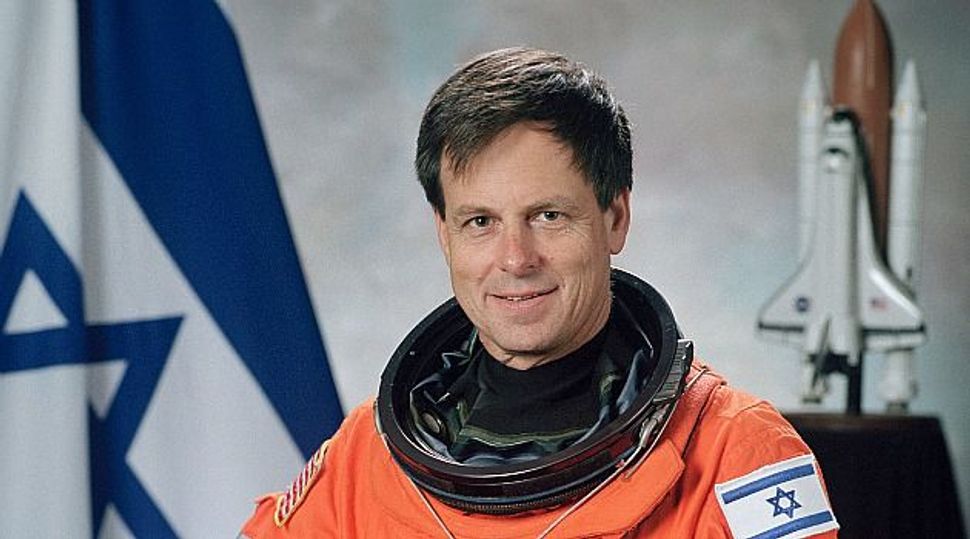 7 Heroes: Israeli astronaut Ilan Ramon died along with six others when the space shuttle Columbia was destroyed on Feb. 1, 2003. Image by getty images

February 1 marks the 10th anniversary of the Space Shuttle Columbia disaster, a tragic accident that claimed the lives of seven astronauts, including an Israeli named Ilan Ramon. Many of the details have been forgotten in the decade since the incident, but a new documentary, “Space Shuttle Columbia: Mission of Hope,” which airs on the Public Broadcasting Service on Thursday, January 31, reveals that Ramon’s journey had special meaning not only for his country, but for Jews everywhere.

Ramon, a colonel in the Israel Air Force, was the mission’s payload specialist. An Israeli fighter pilot who participated in Operation Opera, the 1981 raid that destroyed the unfinished Iraqi nuclear reactor, he was the son (and grandson) of Holocaust survivors. 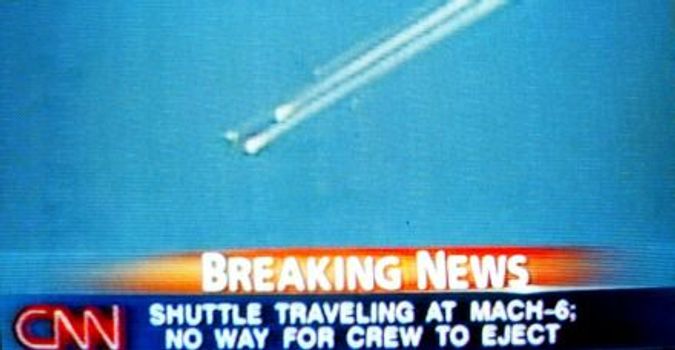 Ramon carried into space with him a drawing of the earth as seen from the moon, sketched by a 14-year-old who died in Terezin. He also brought a mezuza wrapped in barbed wire that was created by a San Francisco artist.

Perhaps most important was the small Torah he took with him. It originally belonged to Joachim “Yoya” Joseph, the Israeli scientist working with him on the mission. Joseph got it from a rabbi in Bergen-Belsen who performed a secret bar mitzvah for him. The rabbi insisted that young Joseph let the world know what happened to the Jewish people, which is why Joseph agreed to let Ramon take this precious cargo into space.

Filmmaker Daniel Cohen spoke to the Forward’s Curt Schleier about making the film, producer Tom Hanks’s reaction to the finished product and how the film changed him.

Curt Schleier: The shuttle disintegrated as it returned to Earth. What did you know about the disaster before you started work on the documentary?

Daniel Cohen: I knew a lot about it because I’m a space geek. Space exploration has always been a passion of mine. When I was a little boy, the big blue chair in my living room was my Mercury space capsule. I was very tuned into what was going on. A couple of weeks after the accident, I read a small article about the scroll Ilan carried with him. My reaction was immediate: What a powerful way to tell a Holocaust story to a new generation.

How did you proceed?

At that point, I reached out to a friend of mine, very high up at NASA, and told him I’d like to meet Dr. Joseph and receive his permission to poke around. He asked me to hold on a minute, and when he came back he said: “Dan, I have Dr. Joseph on the phone. Dr. Joseph, this is Dan.” He asked, “What can I do for you?” When I told him, he said a line to me that I was to hear again and again: “Anything I can do to help my dear friend, Ilan Ramon. Tell me what to do.” From that point, it took from start to finish 10 years, and throughout that time all I heard from everyone involved with Ilan was, “Tell me what I can do to help you.”

I see that Tom Hanks’s production company, Playtone, helped out. Was Hanks himself involved?

We didn’t see him for seven years. When we were finished, we had to go back and have Tom sign off on it. At that meeting, if he’d said you ought to change this or change that, we probably would have. But he was emotionally overwhelmed. He looked across the table at me and he said “Wow.” Then there was a long pause, and he said “Wow” again. “This is incredible. Don’t touch a thing.”

It certainly was very moving. Did the Holocaust play a role in your background?

There were Holocaust survivors in my family, but they were distant relatives. There was never a physical relationship. But both of my parents were part of the World War II generation, so that thread was definitely woven into my world. I was raised in a Jewish home. I’m Jewish. And the Holocaust was part of every Jewish home in the ’50s, ’60s and ’70s. I set out to make a film with a universal message, but I have very personal reasons; I believe we all shoulder the responsibility to tell the story [of the Holocaust]. Ilan carried with him the promise a little boy made to a rabbi to tell the world what happened in the camp. The film is about the lives of three men woven together by a twist of fate: the rabbi, Yoya and Ramon.

Did the film change you?

I don’t think it has changed the fundamental ways I practice Judaism. I was raised a Reform Jew. Judaism was part of our life; active religion was not a driving force. But what I think the film has done is reinforce my belief in the importance of diversity in our lives. It is one of the most important messages of the film. The crew came from diverse backgrounds and trained together for a number of years. It started out as a crew and became a family that demonstrated the miracle of diversity and what diversity brings to us. Woven through all this is the story of the Holocaust.