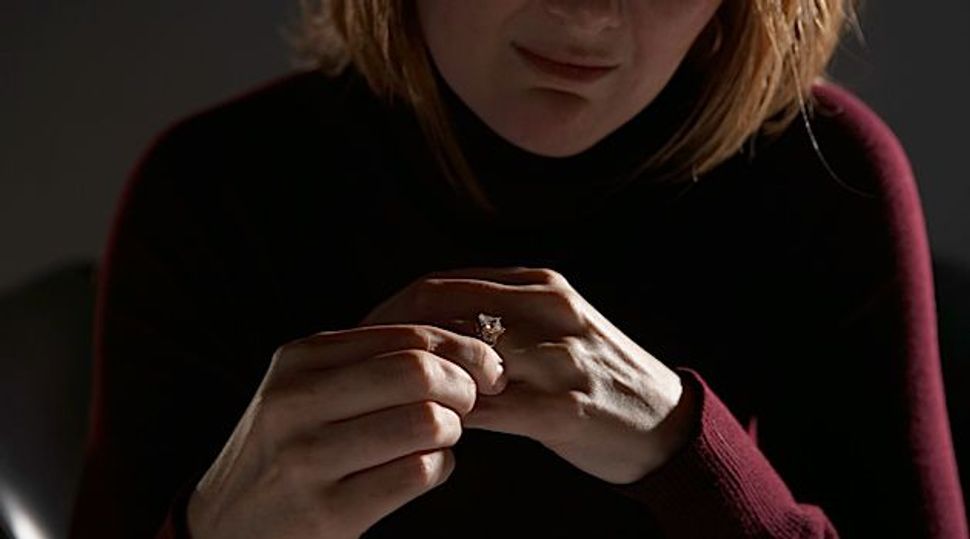 For the first time, a state court has affirmed the constitutionality of a Modern Orthodox-sponsored prenuptial agreement meant to protect agunot — Jewish women “chained” by husbands who refuse to grant them a religious divorce.

The agunah in this case, Rachel Light, may even be eligible to demand more than $100,000 from her husband under the terms of the prenup, which stipulated that Eben Light has to pay $100 for each day he refuses to grant his wife a Jewish divorce, known as a get. Light and her husband have been separated for several years.

Observers believe that the Connecticut judge’s ruling is the first published opinion on the Beth Din of America’s prenuptial contract since it was introduced about 20 years ago. 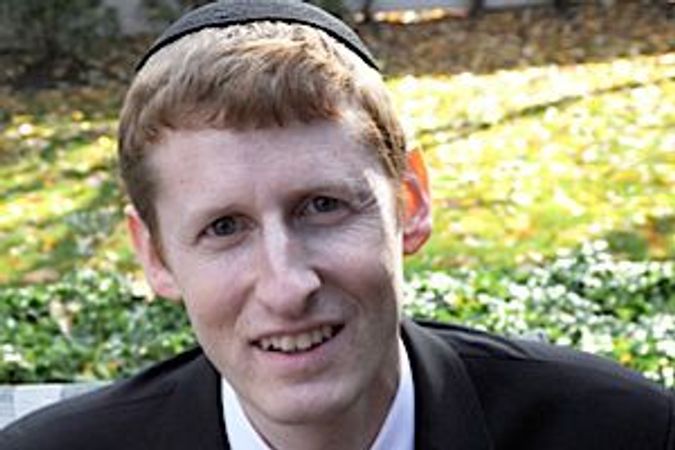 Upheld: Rabbi Shlomo Weissmann is director of the Beth Din of America. Its pre-nuptial agreement was upheld by a state court. Image by Odeliah Rae Photography

The BDA prenup was created during the early 1990s as a way to combat the phenomenon of chained wives, those who cannot remarry and whose subsequent children are considered illegitimate unless their husband grants them a Jewish divorce.

The imbalance of power has traditionally given men the upper hand when parting couples negotiate child custody, division of assets and other issues. In some cases, wives and their families have paid hundreds of thousands of dollars for their husband to grant them a get.

The plight of agunot gained national attention most recently with the case of Tamar Epstein, whose husband, Aharon Friedman, a legislative aide to Dave Camp, chair of the House Committee on Ways and Means, is refusing to give her a get while the couple fight over custody of their young daughter. The couple did not sign a BDA prenup.

Susan Aranoff, a director of the advocacy group Agunah International, said the Connecticut decision is a breakthrough for women. “The unanswered question with regard to the prenup was always will it be enforceable in civil court,” Aranoff said.

Now that it has been enforced, she said, husbands know “there is a cost for withholding the get.”

Modern Orthodox rabbis and legal observers have long believed that the BDA prenup is bulletproof. Some point to the fact that it has taken 20 years for the prenup to be so publicly challenged in secular court as proof that they were correct.

Aranoff disagrees. She believes that grooms who signed the prenup during the 1990s were more progressive and therefore less likely to withhold a get if divorce became an issue. She said that cases are starting to come out now because the prenup is more widely used.

No one knows how many Orthodox couples have signed the BDA prenup. Anecdotally, it is gaining acceptance despite distaste and superstition among some couples who do not relish insuring against their divorce days before their wedding.

Rabbi Howard Jachter, a prominent advocate of the prenup, said, “From where I’m sitting in [the Modern Orthodox New Jersey enclave of] Teaneck, my sense is, it has become pretty standard.”

Rabbi Shlomo Weissmann said that an informal survey of members of the Rabbinical Council of America found in November 2009 that about one-third of rabbis who responded require couples to sign the prenup before they will officiate at the wedding. Just a little more than one-third encourage the prenup but do not demand it, Weissmann said.

Weissmann, director of the BDA, estimated that the prenup has been invoked dozens of times to persuade recalcitrant husbands to give their wife a get. He declined to comment on specific cases, but he added that “because it’s enforceable under secular law, it consistently results in the giving of a get early in the process.”

Although the Connecticut decision does not preclude the prenup from being challenged in the future, Michael Helfand, a professor at the Pepperdine University School of Law, said it establishes a precedent that makes the prenup harder to defeat. “Next time a judge gets one of these [BDA prenup cases], there’s an opinion he can look at and say it’s enforceable,” Helfand said.

The BDA has tinkered with its prenup over the years. Today, the document comprises two sections. In the first, a couple agrees to allow a beit din to arbitrate their Jewish divorce. In the second, the husband agrees to pay his wife a specific amount — currently $150 — for each day he refuses to grant a get.

When Rachel and Eben Light signed a version of the prenup in June 2001, it came as two separate documents. The couple omitted the document allowing a beit din to arbitrate their divorce, and signed only the document related to the financial penalty for failure to grant a get, which is one reason the case ended up in secular court.

Now 34, Rachel Light asked the court to enforce the provision in the prenup ordering her husband to pay her the agreed sum — $100, adjusted for inflation — for each day he refused to grant the get. Even without adjusting for inflation, if the couple separated three years ago and a court enforced the financial penalty from the day they separated, Eben Light would be forced to pay $110,000. He has appealed the decision. A hearing has been scheduled for March.

The Lights declined to speak to the Forward. In court documents, Eben Light argued that the BDA prenup was a religious matter and, as such, it was unconstitutional for a secular court to enforce the contract.

In his opinion, Judge Mark Gould found that enforcing the BDA prenup was no different from enforcing a secular contract. He cited several precedents where secular courts had enforced Jewish and Islamic marriage contracts, including Odatalla v. Odatalla, when a New Jersey court enforced an Islamic mahr agreement — a payment made by a groom to his bride upon their marriage — which had been signed in Iran.

Gould noted that the Odatalla case relied on three prior decisions related to Jewish religious divorce. In the best known of the three, Avitzur v. Avitzur, the New York Court of Appeals ruled in 1983 that it was constitutional for a secular court to enforce a ketubah, or marriage contract, drawn up by Conservative Jewry to prevent agunot.

Marc Stern, associate general counsel for the American Jewish Committee, said that from a legal standpoint, Gould’s decision was unsurprising. But Stern said it was noteworthy that Gould appeared to treat the Orthodox prenup in the same routine way he would treat any other any secular prenuptial contract he came across in Connecticut.

“Courts are now prepared, as once they were not 60 years ago, to enforce this sort of prenup agreement,” Stern said. “And that’s very heartening.”