The Ascension of Ed Koch 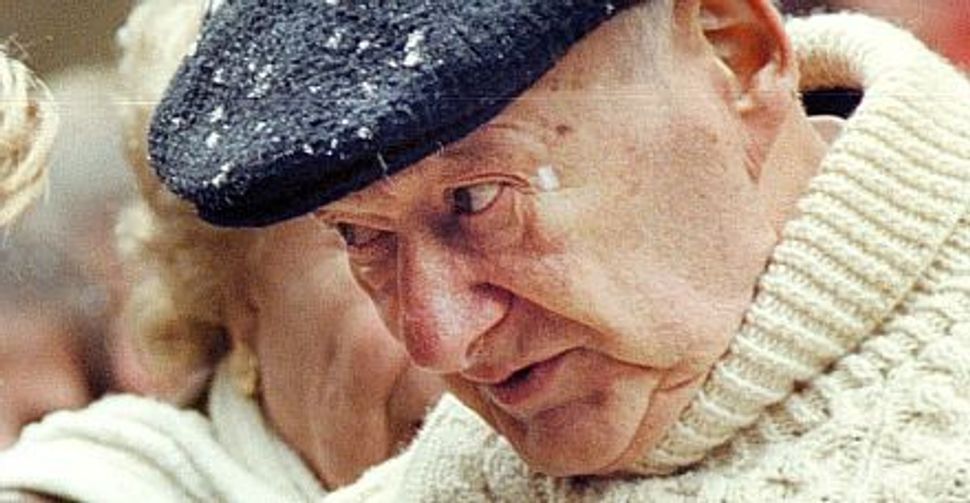 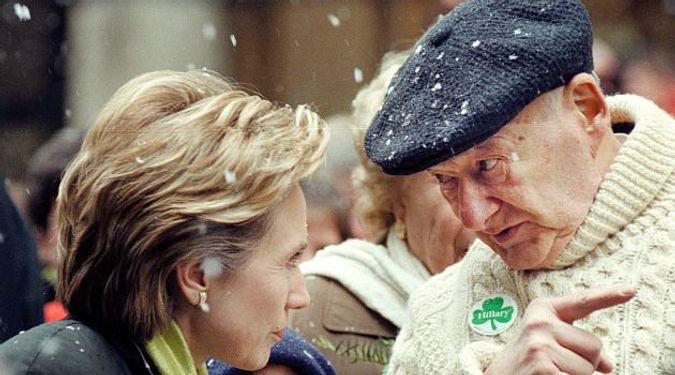 Not Forgotten: Ed Koch chats with Hillary Clinton during her run for U.S. Senate. Image by getty images

Much has been and will be written about former New York City mayor Ed Koch, who died February 1 at the age of 88. He was such a New Yorker, and such a Jew. My contemporaries who came of age in the 1970s and ’80s will no doubt remember his nasal voice, his Yiddishisms, his exasperated and overheated sense of peculiarly “Jewish” states of being — like chutzpah, menschlichkeit, schmo.

“If you are caught with a gun in NYC, you’re gonna go to jayle,” he said in his distinctive whinelike lilt. Or during the water shortage of 1989, when, with a kind of haimish crassness, he adjured New Yorkers on their toilet habits: “If it’s yellow let it mellow, if it’s brown flush it down!”

That sing-song way of saying things had to have wafted up through the heders of the Old Country and the Talmud Torahs of the Newark of Koch’s youth, of immigrants and their children in Depression-era America. But while Koch will be remembered for his voice and manner, what fascinated me most was his relationship with God.

Yes, Koch quoted God dozens and dozens of times. In fact, he was on intimate terms with the Holy One, Blessed Be He — so much so that he felt the freedom to disagree with the Creator all the time. And in Koch’s own words, more or less, God was very much the sport about it.

“We all die,” Koch told The New York Times a few years ago, “Whenever He or She wants me, I’ll go.” Nevertheless, Koch being Koch, he outlined some conditions to the Master of the Universe: “I had a conversation with God: ‘Take me totally, or don’t take me. No salami tactics.’”

One might be tempted to see this as Tevye-like talk, the sort of jest one might expect from an aging, grandiose Jewish man who is also sentimental about his Yiddishkeit. But Koch earnestly believed in his Jewish God, and he made numerous promises and deals with Him throughout his long life; however, he didn’t keep them all.

For example, prior to his failed gubernatorial bid in 1982, he had made a promise at the Western Wall that he would not seek office above mayor. Later, he explained his loss to Mario Cuomo by saying he had broken his word with God and had been suitably punished.

One time, on Koch’s WABC radio show, abortion was the topic. A Catholic caller from Brooklyn claimed that although he is pro-choice, like the mayor himself, “I’m Catholic, and the Pope considers abortion to be murder.” Koch answered as only he could: “You, my friend, have a problem because you are Catholic and you are going to purgatory. I don’t have that problem. I am Jewish. And I am going straight to heaven!”

More recently, at age 83, after Koch picked out his burial place and had a large tombstone pre-engraved, he said he wanted another five years of life (he got them). For his graveside monument, Koch chose the last words of Daniel Pearl, the journalist who was beheaded by Al Qaeda operatives in Pakistan in 2002: “My father is Jewish. My mother is Jewish. I am Jewish.”

Yet how could a man who oscillated between purple blasphemy and restless confidence in the Lord, a man with a rudimentary Hebrew school education, with that penchant for half-quoting and misquoting snippets from Torah and Talmud (he regretted having learned so little Hebrew, and not attending synagogue), seriously pretend to have such intimacy with Him?

Perhaps an answer to this riddle can be found in Koch’s own brand of what I as a psychoanalytic thinker might call “delicious” narcissism. The delight that Koch took in his own utterances, statements and actions was so contagious, so full of life, it may have reached the heavens, as well. Somehow, sometimes artfully, sometimes sloppily, but always adorably, no matter what was happening on the great big stage around him — war in Iraq; the intifada; subway strikes; snowstorms; shameless, king-sized, state-sinking corruption scandals around him — he always brought it back to himself: “How’m I doing?”

He was like a big Baby Huey, an ugly duckling thrust onto the world stage, a wobbling yet sturdy potpourri of competence, crass humor and delectable arrogance. “I don’t get ulcers, I give them,” he said. Koch infused the arid and bleached parts of politics with id. No mincing of words for him. “Andrew Cuomo is a pompous ass,” he said. What would have been phony and polite political discussion, he filled with life.

But still, do we have any sign from heaven of the former mayor? Is there even the slightest indication that the Almighty has received him, as he had hoped?

This is hard to know with certainty, of course, but God did keep most of his deals with Koch. It should be noted that Hizzoner was taken quickly and without pain, as was purportedly agreed. Also, he got the extra five years of life he wanted, and now, as if it were a divine nod, Koch improbably shares a yahrzeit with Pearl, the Wall Street Journal reporter he so respected.

But then again, we may not need celestial signs. Of course Koch is going to heaven, why shouldn’t he? He was, after all, Ed Koch.

Simon Yisrael Feuerman, a psychotherapist in New Jersey, is the director of the New Center for Advanced Psychotherapy Studies.

The Ascension of Ed Koch