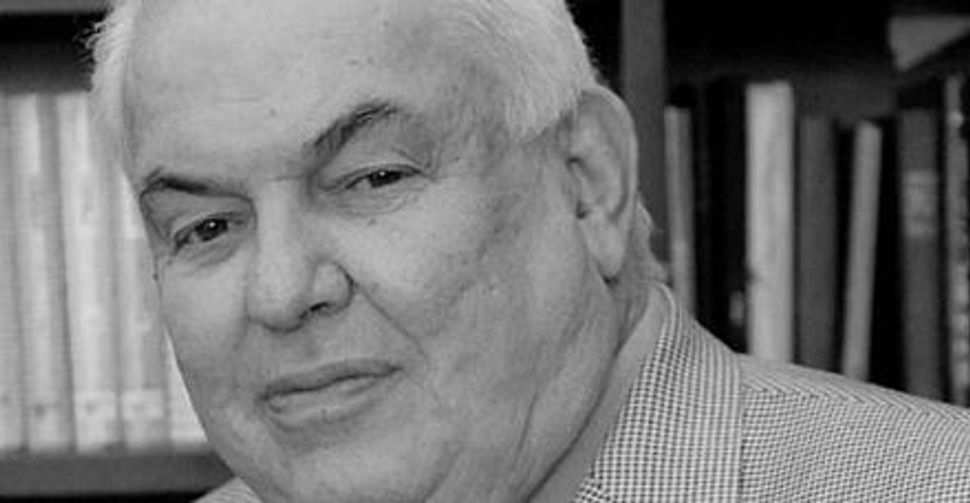 Rabbi David Hartman, who died on February 10 at age 81, was perhaps the greatest Jewish philosopher of our time. He raised a generation of students who are helping transform Jewish life in Israel and the Diaspora. 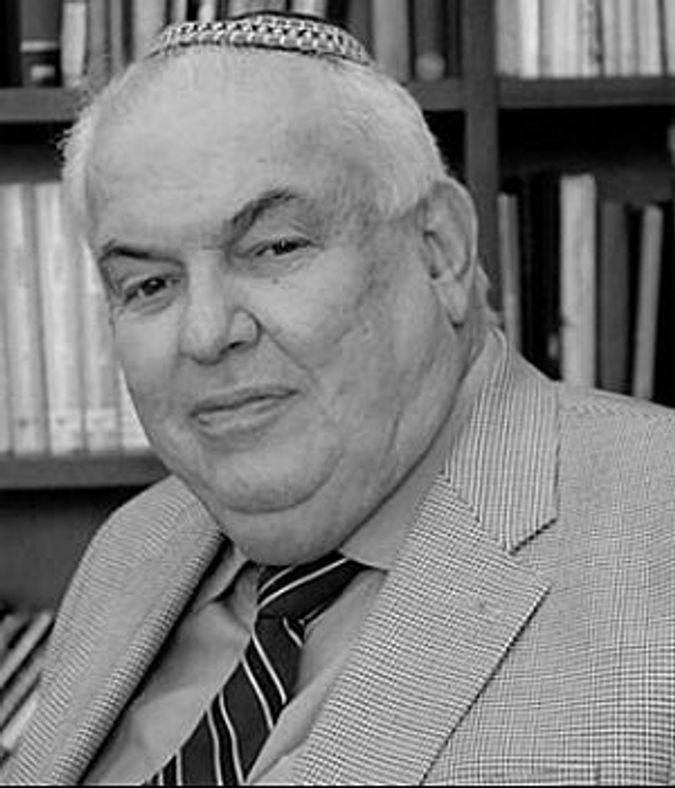 His books changed the way many of us understand the relationship between Judaism and modernity and national sovereignty, between Jewish law and individual conscience. His life’s work — the Shalom Hartman Institute, a pluralistic center for advanced Jewish studies in Jerusalem, which he founded in 1976 — reflects the range of his vision, his sense of Jewish possibility.

But for all his gifts to us, I think that David Hartman would have most wanted to be remembered as a lover of his people and a lover of truth. And for David, those two loves were inseparable, even when they seemed to clash.
Born in Brooklyn (he never lost the accent), a graduate of the elite ultra-Orthodox Lakewood Yeshiva and of Yeshiva University, he began his career as a rabbi in Montreal. He initially conceived his work as reinvigorating modern Orthodoxy. Halakhah, he believed, had to respond to the drastic transformations of modern Jewish life, especially the reestablishment of Jewish national sovereignty and the creation of a free and self-confident Diaspora.

I first encountered David Hartman when I was an undergraduate at Hebrew University in 1973 and took his course on the thought of his mentor, Rabbi Joseph B. Soloveitchik. David brought the passion of the beit midrash, the study hall, into the university. He didn’t lecture. He roared; he was Soloveichik’s lonely man of faith.

As he turned increasingly pluralistic – engaged with other Jewish denominations, and with other faiths, the Orthodox world largely rejected him. At a lecture last year David teased his audience: “Now you’ll go home and ask yourselves, ‘But is he still frum [observant]?’”

Even as he challenged Orthodox Judaism to broaden, he challenged liberal Judaism to deepen. He loved his Jews even as he was tormented by their limitations. How, he wondered, could his own Orthodox community turn a system of religious inquiry, whose very glory was its open-endedness, into dogma? How could halakhic creativity fail us at precisely the moment in our history when it was needed most? How could Israeli governments ignore the Jewish ethical tradition, millennia of exquisite moral inquiry?

During the 1982 Lebanon War, David emerged as one of the leading doves within the Orthodox world. (He lost his son-in-law, a pilot, during that war.) His criticism of Israeli policy intensified during the first intifada of the late 1980s, and he became an early proponent of a two-state solution. “From Defender to Critic,” was the title of his final collection of essays, on halakhah. But the title is incomplete: Even as critic he defended his people. Criticize us like a mother, not a mother in law, he recently appealed to Diaspora liberals disillusioned with Israeli policies.

Unlike some of his friends on the left, David unequivocally faulted the Palestinian leadership for the collapse of the peace process and the second intifada. He readily conceded he had been wrong about trusting Palestinian intentions. The left, he concluded, had been prescient about the dangers of occupation, but the right had been correct about the delusions of a one-way peace process. In politics as in theology, David Hartman was a man of truth.

He never stopped questioning his own ideas, his most basic premises. Though he revered Rabbi Soloveitchik, he came to fault him for the failure of modern Orthodoxy to grapple with the ethical challenges to halakhah. And just recently he told friends how much he regretted his failure to confront the Shoah in his writings. I was wrong!” he lamented

I visited David shortly before his death. He sat in an armchair, seemingly unaware of my presence, in and out of sleep. I spoke, but he didn’t respond. I got up to leave. Suddenly he opened his eyes. Gripping his walker, he struggled to his feet and took a few steps toward me. “Are you walking me out?” I asked, surprised. He nodded. We walked together slowly, for long minutes, until we reached the front door. Of all his extraordinary teachings, that walk is the Hartman Torah I will cherish most.

Yossi Klein Halevi is a senior fellow of the Shalom Hartman Institute and a member of the institute’s IEngage seminar.