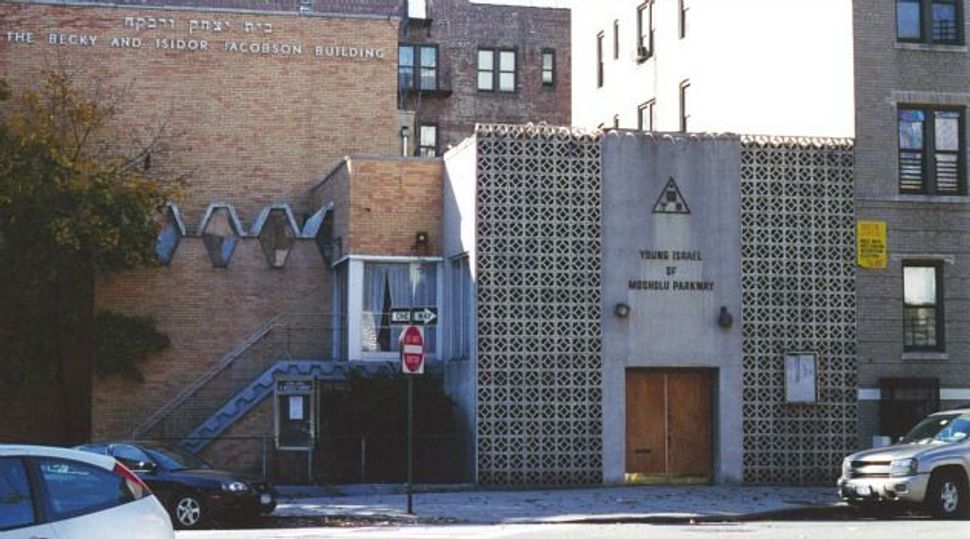 Shul Days: Young Israel of Mosholu Parkway was once a thriving, crowded synagogue. Its congregation has dwindled ? and now thieves have snatched its prized Torah scrolls.

A Bronx synagogue suffered a terrible blow this week: the theft of three sifrey-Torah, or Torah scrolls, each one worth $45,000.

The theft at the Orthodox shul, Young Israel of Mosholu Parkway, on East 208th Street in the Norwood Heights section, was discovered by a worker last Sunday. Besides the Torah scrolls, the thief also took the ornamental silver crowns, a breastplate and the yad, or pointer.

The news was personally distressing to me, as this was the synagogue that may family attended as I was growing up, and the rabbi, Zevulun Charlop, officiated at my wedding. 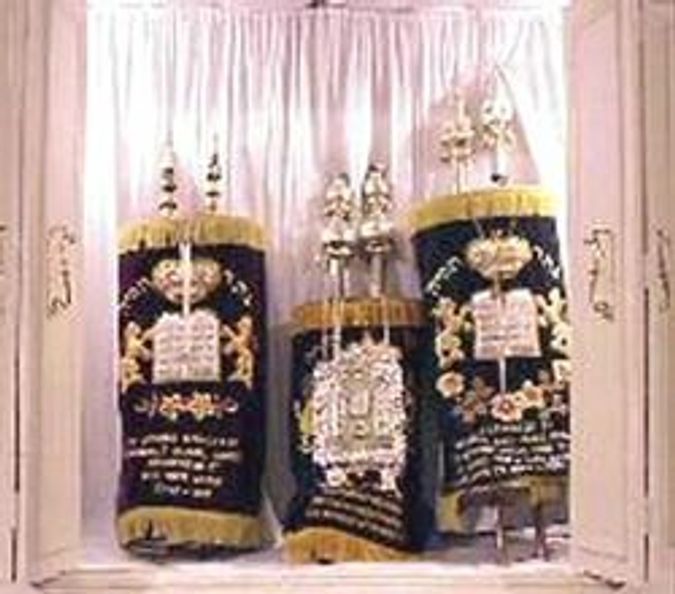 In addition to running a pulpit, Rabbi Charlop also served for many years as the dean of the Rabbi Isaac Elchanan Theological Seminary at Yeshiva University, and was once president of the National Council of Young Israel.

During a conversation with him this Wednesday, he was clearly upset. But at 83, still exhibited the same energy and determination I remembered from his passionate sermons about “Eretz Yisrael ha-shlema”, the right of the Jewish people to the whole land of Israel.

Rabbi Charlop said that as soon as he discovered the theft, he consulted the building’s insurance policy which mentions that “fine art” is covered for $60,000. “I imagine that includes sifrey-Torah,” he remarked hopefully.

The scrolls are also registered with the Universal Torah Registry, which marks parchment scrolls with perforations invisible to the eye but which can be read with equipment used in crime labs.

“We place a kosher serial number on every sefer-Torah, like the VIM number of a car, and if it’s stolen, we work closely with the police to recover it,” said David Pollock, the executive director of the Universal Torah Registry. If the thief tries to sell the sefer-Torah, the pattern can be traced back to the ID number which is linked to the owner in a database.

“It makes it much harder to sell,” Pollock added.

Although it still isn’t clear how the thief entered the synagogue, it probably wasn’t too difficult, since the building is usually empty these days. A small minyan meets there only on Shabbos, with the help of several resident physicians at nearby Montefiore Hospital.

The synagogue is also achingly in need of repairs, including several holes in the roof.

Forty years ago, when the neighborhood was predominantly Jewish, the Young Israel of Mosholu Parkway (or “Moyshele’s Parkway”, as we called it), attracted hundreds of worshippers during the High Holy Days, and dozens every shabbos. The building, which was erected in 1957, seemed so modern and inviting.

On Rosh Hashona and Yom Kippur, the place was packed. Services were conducted both in the spacious main sanctuary and the social hall in the basement. “1977 was our best year,” Charlop recalled. “We sold 775 seats. We even had to add folding chairs to the stage in the social hall to accommodate everyone. But after ‘77, it all went downhill.”

In the late 1970s, many Jewish families fled the Bronx for the suburbs, fearing the disintegration of the borough due to rising racial conflicts. Despite the difficulties that the synagogue has experienced since then, its spiritual leader hasn’t given up. Every shabbos, after services, he invites the worshippers to his house for lunch, prepared by his daughters. Usually, seven or eight people come over.

“When my daughters come for shabbos, they bring their husbands, too,” Charlop said. “That gives us two more men for a minyan.”