Welcoming Elijah in the Age of Guns and Newtown 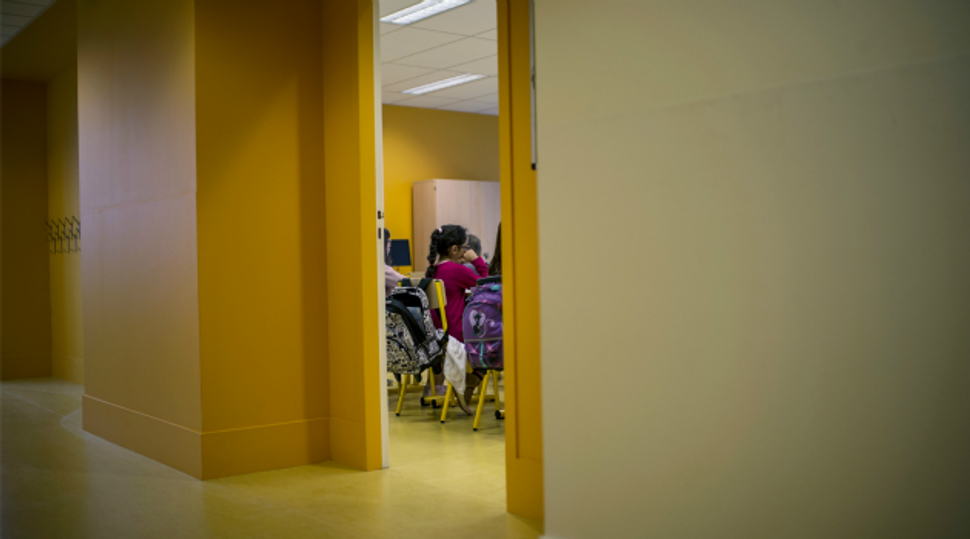 For many years — centuries —Passover was the scariest time of the year for Jews because it more or less coincides with Easter. “That’s the time when people would do their Passion plays,” writer and rabbi Abby Sosland said. Those gruesome re-enactments of the Crucifixion did not exactly enhance Christian-Jewish relations, and Sosland said, “There were often pogroms” in their wake.

To make matters worse, the “blood libel” accusation reared its head at Passover, too: the claim that Jews killed Christian babies to use their blood in making matzo.

And yet, what does the Haggadah command us to do at that peak time of terror?

Not once, but twice. First we’re supposed to “Let all who are hungry come and eat” — yup, invite random strangers right into our home. And then, toward the end of the night, we are told to open the door, literally, for Elijah. In fact, the new Bronfman Haggadah puts the Elijah instructions at the beginning, encouraging us to fling that door ASAP.

You’ve got to be pretty brave or pious — or both — to open your home like that. But think of the message it sends everyone at the table: We believe in God, we believe most people are good. And if somehow something bad happens, we even believe we can deal with it. That’s the kind of spirit that keeps a people strong and open.

And it’s just that spirit that I see evaporating today, particularly in the wake of the Newtown tragedy.

It may seem like a leap, but the Passover idea of an open-door policy makes me think of just how shuddering and superstitious we’ve become. Across America (and beyond), parents, principals and politicians are demanding that doors be locked, guards be posted and friendly faces be treated as enemies. It’s an outlook that’s not just paranoid, but also corrosive. How so?

Well, let’s take a look at the post-Sandy Hook security measures some schools have put in place. (I asked readers to send these to my blog, freerangekids.com.)

“The new ‘security measure’ at my son’s elementary school is having to ring a doorbell and wait for the school secretary to open the door for you,” a mom named Rebecca wrote. “To me this is absolutely Security Theater and is doing nothing to add protection for the students or faculty. But there are many people who nod their heads and say, ‘Yes, this is necessary and will help protect our babies!’”

Except for the fact that the locked door did nothing to stop the gunman in Newtown.

Another woman wrote: “I am an itinerant teacher working at seven different schools. I wear a photo ID badge and sign in at every school upon arrival. Now I have to hand over my car keys in order to receive a key to the hall doors. When I finally make my way to the classroom door it is also locked. I have to knock… state my name and also the secret password before [the other teacher] can open the door. This is in a school district that has never experienced any gun violence on campus.”

Neither have the vast majority of schools in America.

Since there are so many stories of newly bolted doors and elaborate sign-in procedures, let me skip to the even more bizarre “safety” modifications: “The teachers and principal at our school voted to wear bright-orange vests on the playground.” Uh, okay. Apparently it’s so the kids will be able to better spot them in an emergency, like, say, a shooting.

A day care center has instructed parents to shut the door on any other parents for whom they otherwise might have held it open. This is to — well, frankly, I can’t even see what it’s supposed to do, other than enrage the people getting the door slammed on them (and on their babies).

And as of February, at one of my own son’s schools, visitors have to hand over their driver’s licenses so that they can be scanned for a quickie background check. Now the entryway is jammed with a long line of suspects, er, parents.

All this works wonders at eroding a sense of community, and that’s the problem with fear. While I don’t blame anyone for feeling shaken by the shooting, I do blame us for being so ready — almost eager — to start believing the worst of people. All people. Even the parent straggling a few feet behind us at the day care door, juggling a baby and a briefcase. Slam.

We are turning friends into strangers, and strangers into enemies, with the kind of distrust you see in wartime.

But it’s not wartime. Our children are not less safe than they were before Newtown. And we are all a lot more safe than the Jews who opened their doors each Passover throughout the brutal, bloody centuries.

On this holiday, we are commanded to extol our freedom, not throw it away.

Lenore Skenazy is a public speaker and the founder of the book “Free-Range Kids” and the blog of the same name. Her show, “World’s Worst Mom,” airs on Discovery/TLC International.

Welcoming Elijah in the Age of Guns and Newtown