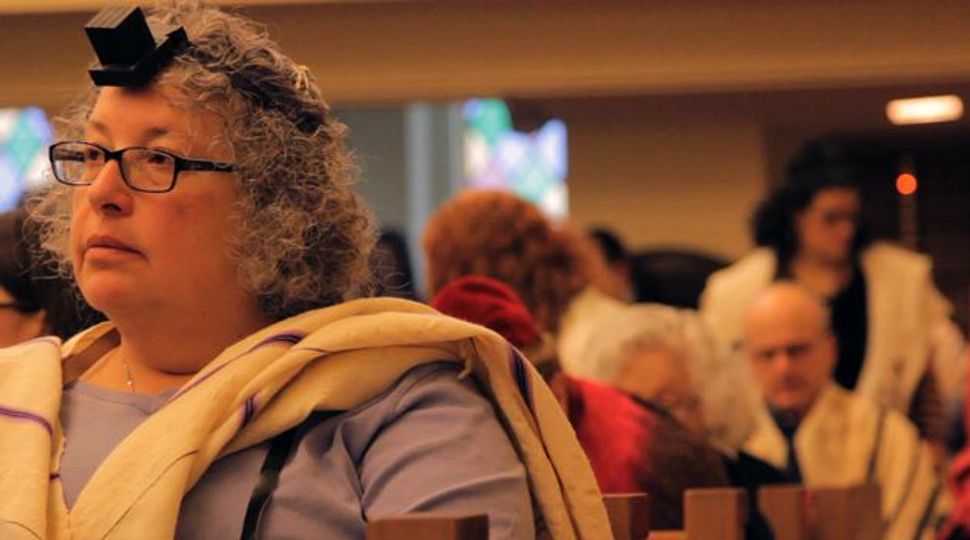 A Rosh Hodesh service was held on Tuesday, March 12, at the Town & Village Synagogue on East 14th Street in New York. The minyan was one of a number of U.S. events in support of the Israeli group Women of the Wall, which advocates for the right of women to pray at the Western Wall in Jerusalem.

The event drew over 300 people. The group was joined by some of the ten women who were detained last month for praying at the Western Wall, including Rabbi Susan Silverman, sister of comedian Sarah Silverman, and her teenage daughter Hallel, who was present at the event in New York.

On Monday, March 11, a small rally was also held in front of the Israeli embassy in Washington, D.C. While the participants emphasized their support for the Jewish state, the event marked a rare instance of American Jews openly protesting the Israeli embassy. Other events are planned for San Francisco, Cleveland, and Chicago.

A few hours before the beginning of the New York service, the monthly Women of the Wall demonstration in Jerusalem apparently went ahead, without any arrests and was joined by three members of the Knesset.