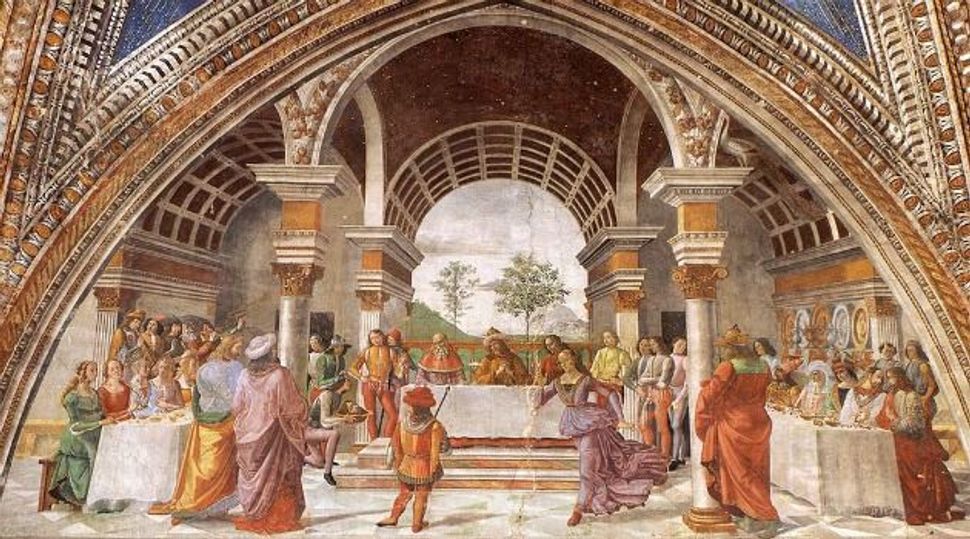 ‘Our largest archaeological project ever” is how Israel’s national museum has described its new exhibition featuring King Herod. James Snyder, the museum director, proudly announced that no fewer than 30 tons of material have been brought from one archaeological site alone — Herodion, one of Herod’s palaces and the location of his recently discovered tomb.

On the face of it, an exhibition dedicated to one of the most significant figures in the region’s history is a natural choice, particularly considering that many discoveries from the past few decades have not been placed on public display.

But interest in Herod and the West Bank site of Herodion has not occurred in a vacuum. Since Herod’s grave was unearthed, the site and the historical figure have enjoyed an unprecedented revival in Israel, particularly within the settler movement.

Last April, for example, a model of a reconstructed mausuleum was unveiled in Herodion in the presence of government ministers, Knesset members and settler leaders. Environmental Protection Minister Gilad Erdan asserted that “of all his magnificent provinces, Herod chose to be buried nowhere else than Gush Etzion,” referring to the adjacent block of settlements.

Members of Knesset Ze’ev Elkin (Likud) and Otniel Schneller (Kadima) explicitly underscored the connection between the historical site and local Jewish construction. The head of Gush Etzion’s settelments’ Regional Council, David Perl, added: “Herodion is a national site illustrating our right to this land and the ancient Jewish history that took place in this region.”

Herod himself would no doubt be amused by this turn of events. After all, this Roman suzerain has been an especially hated figure in Jewish memory: The Sanhedrin sages poured contempt on his Edomite origins, and he oppressed them while methodically assassinating the descendents of the last Jewish royal family, the Hasmonean dynasty.

The early Zionists, secular as well as religious, also despised Herod, and it’s no coincidence that not a single street in Israel is named after this great builder and renovator of the Second Jewish Temple. But now his grave, an official “national heritage site,” is becoming an asset for settlers, part of the argument for developing the larger settlement bloc.

When it comes to asserting ownership over this or that acre of land, Herod is conveniently transformed into a Jew among Jews, if not some prototypical settler who “chose to be buried nowhere else than Gush Etzion.”

Before the Israel Museum joins the celebrations and appropriates the antiquities of Herod, it would be wise to stop and ask to whom do these treasures belong. The region’s heritage belongs to everyone who lives in that region, Palestinians and Israelis alike.

Old synagogues in the West Bank and Gaza, Herod’s grave in Herodion and the Samaritan temple on Mount Gerizim are also part of the Palestinians’ cultural and historical heritage, just as mosques, churches and Roman ruins in the pre-1967 borders are part of Israel’s.

Since Herodion and Herod’s palaces in Jericho are located in the territories that Israel occupied in 1967, they are — according to international law, the codes of ethics for the preservation of antiquities, and even the Oslo Accords — supposedly under Palestinian control and responsibility.

One could imagine a very different scenario. The exhibition at the Israel Museum could have been based on joint Israeli-Palestinian research, performed both in Israel and in Palestine, and, as is standard throughout the world, it could and should have loaned the artifacts from the Palestinian Antiquities Authority. Instead, the museum opted for the dominant “no partner” approach and simply appropriated tons of artifacts from West Bank sites, as if this were merely a matter of transferring Israeli property to its rightful place in the national museum. Indeed, the museum preferred to partner with the so-called “Civil Administration,” which runs the occupation of the West Bank and turned Herodion into a profitable settlement (from which Palestinians are barred). Visiting the massive exhibition will probably offer some insight into the cultural world of King Herod, but it will also offer a lesson about the cultural world of those Israeli institutions that have been trusted with the past’s treasures.

Yigal Bronner is a professor at Hebrew University. Yonathan Mizrachi is an archaeologist and a member of Emek Shaveh, an organization focused on the role of archaeology in the Israeli-Palestinian conflict.