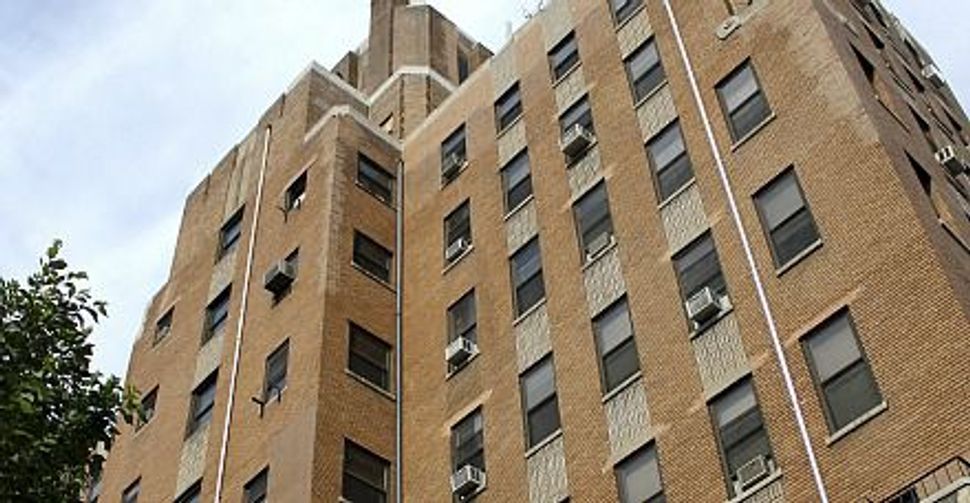 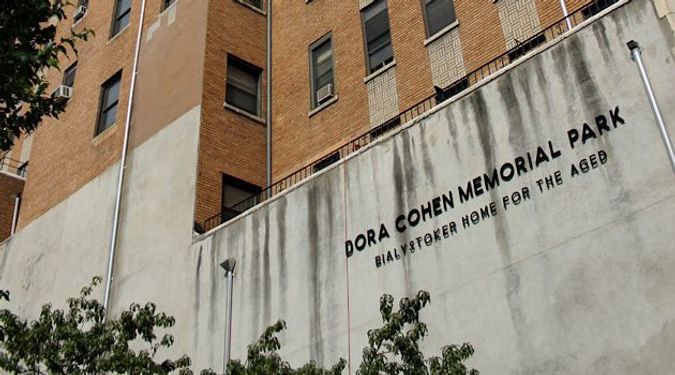 Shuttered: The Bialystoker nursing home has been closed since 2011. A battle over whether it should be designated as a landmark has complicated efforts to sell the building on the Lower East Side. Image by Nate Lavey

A decision by the historic but broke Bialystoker Center of Nursing and Rehabilitation on Manhattan’s Lower East Side to accept designation of its building as a landmark now appears to be conflicting with its most pressing moral imperative: paying back wages to its workers.

Gary Ambrose, a board member and treasurer at the Bialystoker, told the Landmarks Preservation Commission at a February hearing that it does not oppose the measure, which is popular with local activists who hope to preserve the historic character of the fast-changing neighborhood.

“We wish it to be known that we very much understand and do not oppose the measure,” he said at the hearing.

The statement won cautious applause from activists and local elected officials, who are pushing for the Bialystoker, built in 1923, to be given landmark status. But it could prove an obstacle to the nursing home’s ability to fulfill its commitments to workers laid off when the home closed its doors a year and a half ago.

Up until now, the only developer to make a serious offer to buy the property was the Aegis Group. It backed away from a $17 million offer after the plan to landmark the building earned the endorsement of City Council member Margaret Chin in July 2012.

Other potential buyers are said to be holding off until the issue is resolved, since landmark status would make it much more difficult to convert the building into lucrative residential space.

It’s another curious juncture for the Bialystoker, a 90-year-old center that was once one of the Lower East Side’s most valued institutions of Jewish life. In 2011, after long decades of decline, the home was overcome with debt, and board members said they were compelled to shut down operations, forcing at least 95 residents, most of them very elderly Jews, to find a new home.

According to the newspaper The Villager, the Bialystoker owed $14 million to former staff, vendors and various government agencies when it first closed and placed its storied building on East Broadway on the market, with an asking price of $10 million.

The news that the building might be demolished by a potential buyer caused a storm of opposition in the neighborhood and sparked mounting calls to have the building placed under city protection.

Ambrose’s February announcement was greeted as a pleasant surprise, even though it was followed by a long list of qualifiers that make the Bialystoker’s future sound less than certain.

“At the same time,” Ambrose said, “the board has a fiduciary responsibility to raise the necessary capital to honor its obligation to another incredibly deserving community — the Bialystoker Center’s 115 union employees. One hundred of these former employees are members of 1199, the United Healthcare Workers union, and continue to wait for payment of back wages, benefits and pension funds.”

Board members have avoided the press since the meeting, and refused to respond to requests from the Forward for comment.

At stake is the future of what many local historians regard as an invaluable relic. Originally founded in 1929 by natives of Bialystok, Poland, as a nursing home and community center, the Bialystoker was a vital oasis for Jewish immigrants in the neighborhood throughout the 20th century, serving countless refugees and survivors of the Shoah.

“When I needed them, they were there,” said Sam Solasz, who first visited the center in 1951, days after he arrived in New York from a displaced persons camp in Europe, carrying no more than $10 in his pocket. Though he didn’t stay for long, Solasz says he never outgrew his gratitude for the Bialystoker. Later in life, as he found success running a meat distribution business in the Bronx, Solasz served as the board’s president, making donations for various projects in the building’s upkeep, and overseeing fundraising events that featured big name Jewish entertainers, including Jackie Mason and Alan King.

The Landmarks Preservation Commission is expected to make a decision in the next few months. In addition to Chin, the list of public officials who support landmarking the building now includes Manhattan Borough President Scott Stringer, as well as descendants of the building’s architect, Harry Hurwit, and its co-founder, David Sohn.

Ron Castellano, an architect who worked on an adaptive reuse of other historic buildings on the Lower East Side (including the original home of The Jewish Daily Forward), has pointed out that few buildings in New York City besides skyscrapers feature terraced setbacks like the Bialystoker’s.

“If you’re buying this building, you’re going to be buying a design sensibility from the 1920s,” he told the Forward. “There’s not another building like it. You can try to copy things, but you’re never going to get that look.”