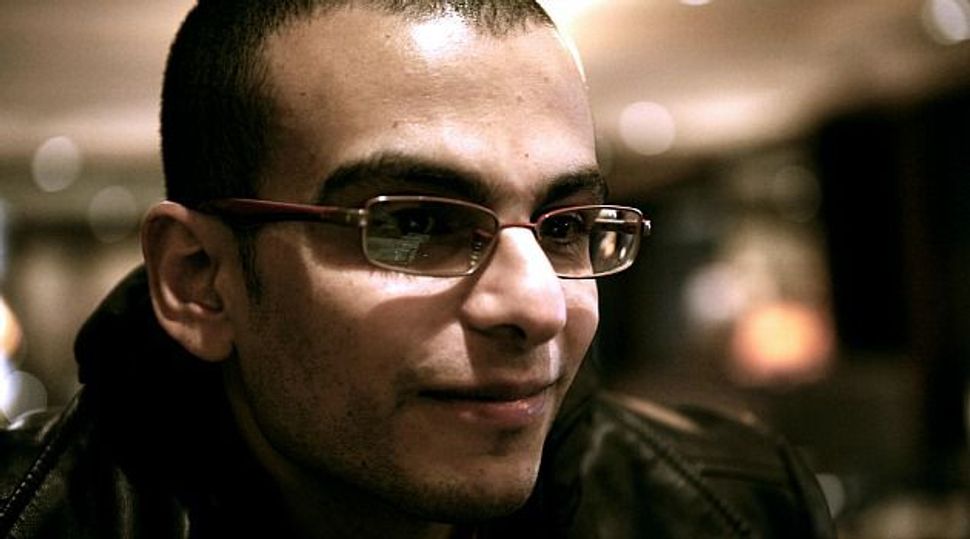 Back Down: After Egypt tried to ban ?Jews of Egypt,? filmmaker Amir Ramses planned to sue ? and project the film on the side of the country?s internal spy agency. That turned out to be unnecessary when authorities backed down and allowed screenings to go ahead. Image by courtesy of jews of egypt

A controversial documentary on Egypt’s expulsion of its long-resident Jewish population opened despite an initial effort by the Egyptian government to block its release.

“Jews of Egypt” opened on March 27 at three movie theaters in Cairo and Alexandria after official permission was first granted, then withdrawn and then granted again.

When the initial scheduled opening on March 13 was forbidden, director Amir Ramses filed a lawsuit and planned to project his film in defiance onto the wall of a National Security Agency building in Cairo. Several days later, after a domestic and international media storm, government officials reissued documents permitting the film to be shown.

In interviews with the Forward, Ramses discussed the film and the limits on expression that are ongoing — indeed, he said, worse — two years after the fall of Hosni Mubarak’s dictatorship.

“What kind of people could be pissed off by my film?” asked Ramses, whose documentary portrays the tolerated, even comfortable position of Jews in Egypt well into the 20th century, until their expulsion after Israel’s founding in 1948. Ramses quickly answered his own question: “Racists. That’s one perspective, obviously.”

But, he said, “People are not giving up. Just because the film is out, I’m not stopping the exposure of the influence of state security over the ministry of culture.”

“Jews of Egypt,” which had a pre-release screening in October at Cairo’s Panorama of the European Film Festival that drew overflow crowds, was banned just before the planned mid-March opening despite two previous authorizations the film had received from Egypt’s official censorship agency. In response, Haitham Al Khamissi, the film’s producer, posted the authorization documents on the film’s website along with a furious statement vowing to sue “the Ministry of Culture, the Supreme Council of Culture, the Egyptian Censorship Bureau, the Ministry of Interior and the National Security Agency.”

Ramses explained that Egyptian security authorities had no power to interfere once a film has been approved by the Censorship Bureau. “National Security is just like my aunt in this case,” he said. “She can like the film, she can not like the film. But she has absolutely no legal right to ban it.”

According to Ahram Online, the separately edited English language outlet of Egypt’s semi-official newspaper Al Ahram, the first news of a problem with the film came just two days before its initial opening date, during a meeting between Al Khamissi and Egyptian censorship committee director Abd El-Satar Fathi.

The film producer requested the work file for his film, the news outlet reported, and when the censorship official obtained it, he found a note in the file from national security officials forbidding the film’s screening “because it is a documentary.”

Fathi was quoted in Ahram Online saying that he himself “supported the film all along.” When he contacted national security to ask for details, he was told that “the film’s title might cause public uproar… in light of the tension on the street,” Ahram Online reported.

Yet at the film’s October preview, the only uproar came from Egyptians clamoring to get in. The packed audience included at least one prominent Egyptian politician, scores of older Egyptians who recalled living alongside Jewish neighbors and younger Egyptians curious about the history of Egypt’s Jews. Organizers had to scramble to arrange a second screening later that evening to accommodate everyone who showed up.

The audience viewed a film that features interviews with Jews who were forced to leave their homeland in the 1940s and 50s. About 80,000 Jews lived in Egypt before this exodus. Those interviewed recalled a cosmopolitan, tolerant country until frictions stemming from Israel’s founding and ensuing conflicts between the two nations led to waves of expulsions. Today, Egypt’s Jewish population is believed to number a couple hundred at most.

Despite its controversial (for Egypt) subject matter, the film steers well clear of anything overtly political. In an interview with the Forward the day after the film’s preview at the October film festival, Ramses said that his goal was to distinguish Judaism from Zionism. He argued that the conflation of the two has spawned much of the anti-Semitism prevalent in Egyptian society.

Since the Cairo festival, the film has been screened at festivals in Rotterdam and Palm Springs as well as before critics in Cairo.

For months now, Egyptian artists and journalists have complained about a crackdown on free expression by the government of President Mohamed Morsi, who was a longtime senior official of the Muslim Brotherhood, an Islamist group, before his election in 2012.

Under the current regime, prominent actors and writers have been charged with defaming Islam. Media outlets critical of the government have also been targeted. Free speech advocates have warned that Egypt’s new constitution, ratified in December, undermines core freedoms.

In his October interview with the Forward, Ramses called censorship under Morsi’s democratically-elected government even more restrictive than under Mubarak. Now, he sees the aborted crackdown on his own film as an indication of just how blatant the suppression of certain artistic forms has become.

“It’s even beyond censorship this time,” said Ramses. “What used to happen during the ex-regime was that… they would never officially say to you that the film was banned by national security and definitely not after you got the permit. They would do this in secret even before they give you the permit.”

As a self-described secular advocate of religious tolerance, Ramses is alarmed by the current government’s course. He says the Brotherhood has not reconciled itself to divergent points of view from other Muslims, let alone from those of other faiths.

“How are you treating diversity in Egypt already?” Ramses said. “How are you handling even Muslims who think differently than the regime? You can’t even start talking about the Jews until you talk about Muslims who don’t share your convictions in the first place.”

Morsi and other prominent members of the Muslim Brotherhood have been harshly condemned for comments they have made about Jews and Israel. In a video that surfaced in January of a speech from 2010, Morsi called on Egyptians to “nurse our children and our grandchildren on hatred for them: for Zionists, for Jews.” He went on to describe Zionists as “these bloodsuckers who attack the Palestinians, these warmongers, the descendants of apes and pigs.”

Amid a firestorm of criticism from Western governments, Morsi did walk back his remarks, insisting that they had been taken out of context.

Yet Ramses hesitated to pin blame for his film’s travails on Morsi or the Brotherhood, given the apparent role of Egypt’s national security agency in its censorship. Indeed, Morsi’s own relationship with Egypt’s military and security forces remains extremely tense.

Whoever bore that responsibility, Ramses credited the government’s about-face on his film to “media pressure” generated by the vocal protests he and his colleagues raised. Thanks to that response, he said, “I have an official document stating that I can screen it for 10 years.”