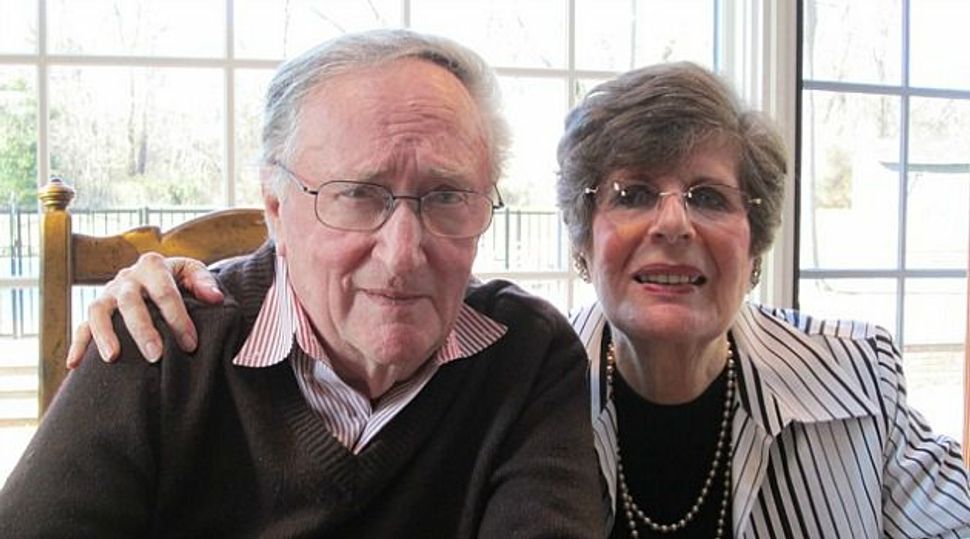 Widespread Misconduct: As the federal trial over fraud at the Claims Conference kicks off, Leo Rechter, president of the National Association of Jewish Holocaust Survivors, is angry that prosecutors are trying to limit disclosure of widespread fraud at the group.

Federal prosecutors are trying to prevent a jury from hearing evidence that a multimillion-dollar fraud at a non-profit which processes Holocaust claims is even more widespread than the FBI and the U.S. Attorney’s office have so far revealed.

The prosecutors, from the Manhattan U.S. Attorney’s Office, are also trying to prevent defense lawyers from arguing that the German government and the Conference on Jewish Material Claims Against Germany were negligent and therefore partially to blame for the alleged $57 million fraud that will be the subject of the trial.

A fraudster’s guilt “simply does not depend on whether a victim was diligent or not,” prosecutors argued in court papers filed in U.S. District Court on March 22.

Judge Thomas P. Griesa, of U.S. District Court, has deferred ruling on both of the prosecutors’ requests unless and until such claims arise during the trial, which began with jury selection on April 8 and is expected to last for four weeks.

The Claims Conference distributes millions of dollars from the German government to Holocaust survivors around the world. The trial will focus on alleged fraud perpetrated against two Claims Conference controlled funds.

But the government’s motions suggest, for the first time, that additional cases of fraud may have taken place.

In their court papers, prosecutors request that defense attorneys be barred from “eliciting testimony or introducing evidence at trial concerning purported improprieties in the Claims Conference’s administration of other compensation programs, including Germany’s Slave Labor Program and the Fund for Victims of Medical Experiments and Other Injuries.”

When asked about these references, a Claims Conference spokesman told the Forward: “The Claims Conference was a victim of an organized, complex crime. We will not comment on the defendants’ legal strategies and possible defense theories.”

The U.S. Attorney’s Office for the Southern District of New York also declined to comment beyond the statements contained in the prosecutors’ filing.

But some survivors who have long been critical of the Claims Conference are disappointed with the prosecutors’ request.

“It is very unfortunate to see the United States Attorney trying to prevent disclosure of the evidence of misconduct inside the Claims Conference,” said Leo Rechter, president of the National Association of Jewish Holocaust Survivors. “Grassroots survivor leaders have been trying for years to get law enforcement and elected officials to probe the lack of transparency and lack of accountability within the Claims Conference.”

The alleged fraud that the trial will address shocked Holocaust survivors, particularly those in the Russian-speaking Jewish community, when it first came to light, in 2010. The plot is thought to involve thousands of fraudulent claims filed over 16 years with the Claims Conference.

Since the fraud was uncovered, the Claims Conference and FBI investigators have identified about 5,000 fraudulent claims made against two of the conference’s funds. They believe that $12 million was lost to fraudulent claims filed with the Hardship Fund, which makes a one-off payment of about $3,500 to people who were forced to evacuate during World War II. Prosecutors believe that an additional $45 million was claimed fraudulently from the Article 2 Fund, which pays a monthly pension of $400 to needy survivors who lived in hiding or under a false identity for at least 18 months during the war.

The three accused are alleged to have been part of a wide-ranging scheme in which thousands of people from the Former Soviet Union submitted applications and documents that were later altered or supported by forged papers so that they could make fraudulent claims.

Federal prosecutors portray 55-year-old Semen Domnitser, a former director of the Hardship and Article 2 funds, as having been the fraud’s ringleader. “Domnitser’s approval was a prerequisite for sending applications to the German government for payment,” prosecutors say in court papers.

Oksana Romalis, 43, of Brooklyn, and Luba Kramrish, 58, of Toronto, are accused of submitting fraudulent claims on behalf of family members and of recruiting others to submit fraudulent claims.

All three maintain their innocence.

Twenty-eight people, including nine former Claims Conference employees, have already pleaded guilty to fraud and, in some cases, to witness tampering. Nine of those people have been sentenced, some to more than one year in jail, and ordered to pay fines and restitution totaling millions of dollars.

Many of those who pleaded guilty are older than 50, and some are in their 70s and 80s. Polina Berenson, an 83-year-old former Claims Conference employee who pleaded guilty to fraud and witness tampering in March, faces a maximum of 60 years in prison, according to U.S. Attorney Preet Bharara.

Berenson’s lawyer, Alex Grosshtern, said his client is more likely to be jailed for several years when she is sentenced in September.