How Carob on Lag B’Omer Taught Jews To Be Cynical 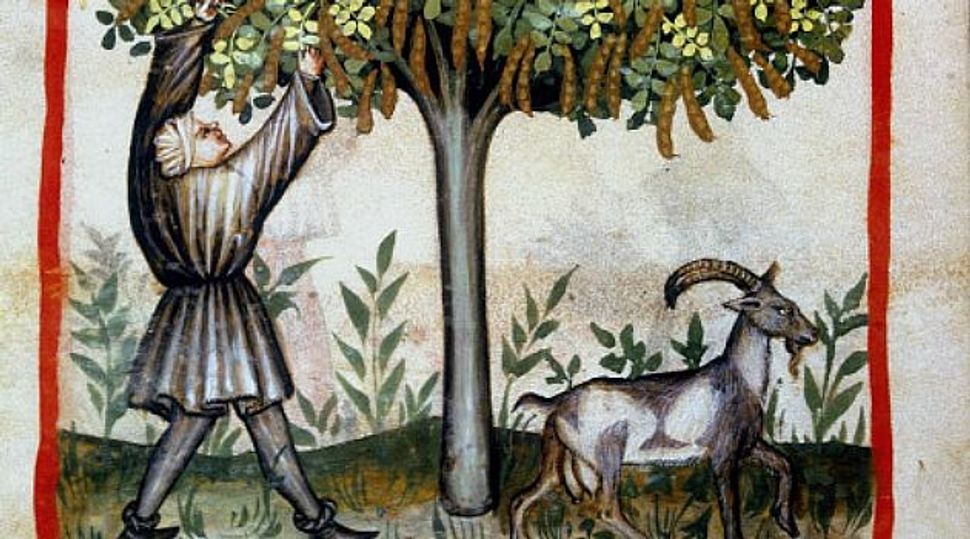 Chocolate Seeds?: Carob was a popular chocolate substitute in the 1970s. Image by Thinkstock

Soon it will be Lag B’Omer, or didn’t you know?

If you’re like me, you didn’t. Not a clue. After all, this is not a front-of-the-pack holiday. (“Lag” is right there in the name.) But it’s a holiday with a very cool history and one enduring quirk.

Historywise, it celebrates a pause in a plague. The Omer is the 49-day period between Passover and the giving of the Torah on Shavuot. (If I sound like a rabbi, thank Google.) Back about 2,000 years ago, Rabbi Akiva’s students were dying during those Omer days, struck down, it is said, for the sin of not treating each other with enough respect. (Something of which you might want to remind your co-workers.) After 33 days, the plague lifted, and so we celebrate.

But there’s another reason, too, leading to the quirk: One of the few students who didn’t die was named Shimon bar Yochai. Long story short, he became a great scholar and mystic and is even credited with writing a key part of the Kabbalah, the Zohar. But his anti-Roman activities meant he ended up having to hide out in a cave with his son for 13 years (presumably made to feel a little longer by the fact that father and son buried themselves up to their necks in sand most of the day while they studied Torah). Anyway, legend has it that the two of them would have wasted away had not a little stream and a carob tree sprung up right in front of the cave. Hence, one of the ways we celebrate this holiday is by eating carob!

Which is, admittedly, a long way of getting to today’s topic: How much I hate carob. And how, despite the fact that it kept a great rabbi and his son alive, it also — much later — destroyed the trust of an entire generation of Americans.

Allow me to explain.

It all goes back to another ancient era: the 1970s. This was an era of protests, hippies, macramé, tie-dye and the dawn of the ecology movement. With this came the dawn of modern-day health food: Whole wheat, brown rice, bean sprouts — these all sprang up on Middle America’s plate, followed by desserts featuring carob, a substitute for chocolate. The only problem, as Steve Kaminsky, a 50-something research scientist, put it in an interview: “Chocolate’s a wonderful thing. And carob isn’t.”

Carob is a brown seed that grows in a pod. Cool fact: The seeds are so uniform that they were once used as weights in the marketplace. In fact, it’s from carob that we get the word “carat” — the standard measure of gold and diamonds.

But don’t let that sparkly association fool you. You can grind carob into powder that looks like cocoa — and tastes like ear wax. Ask any middle-age person who grew up with health-conscious parents, “What are your carob memories?” and most of them spontaneously use the word “blecch.” (Itself a product of the late ‘60s, early ’70s, thanks to Mad Magazine. See, for instance, “Blecch Shampoo.”)

“I’m having flashbacks!” Mandy Hass, a Manhattan search engine optimization consultant, wrote on my Facebook page when I asked for thoughts on carob. “Grandma always gave us carob-coated halva as if it was a treat. Blecch!”

“I grew up on carob brownies. Blecch!” Chris Keith echoed. “I still actually make them sometimes, but only to treat diarrhea.” (Social media = too much sharing.)

Another gal wrote that when, as a high school student, she worked in her mom’s health food store, she spent her earnings on candy — at another store.

But whatever misery carob wreaked on our collective tastebuds, that was nothing compared with what it did to our psyches. Like those twin travesties, the Vietnam War and the Watergate scandal, carob scarred a generation to its soul.

“I lived in Southern California at that time, and I had carob-covered raisins pawned on me as though they were Raisinets,” recalled Heather Ordover, a writer and podcaster in Virginia. “They were so clearly not Raisinets that it was one of those moments when you realize: Adults are full of” — well, something that looks like carob.

“If you didn’t expect chocolate, carob brownies were fine,” said Hudson Valley-based Laurie Boris, also a writer. She distinctly remembers the ersatz brownies of her youth. Unfortunately, our eager expectations were dashed. As a teen, scientist Kaminsky popped what looked like a chocolate malted milk ball into his mouth, only to realize the awful truth too late. Maybe that’s why he spent the rest of his life doing painstaking research.

After the carob-covered raisin incident, Ordover says, “Every time some new thing came out that was good for you, or ‘healthy,’ my assumption was ‘Oh, this is going to taste like’” — let’s say carob. This generation grew to understand just how often “good” meant “bad.” For “Trust us,” we learned to substitute, “They’re lying.”

Though carob’s moment as chocolate’s stand-in was brief, its impact echoes to this day. The generation of peace and love turned to embrace skepticism and fear. Government? Relationships? Yogurt-covered pretzels? We eye them all with suspicion.

Of course, if you were living in a cave buried up to your neck in sand most of the day, carob probably looked pretty good. So feel free to “enjoy” some on Lag B’Omer. But otherwise?

Lenore Skenazy is a public speaker and founder of the book “Free-Range Kids” of the blog of the same name. Her show, “World’s Worst Mom,” airs on Discovery/TLC International.

How Carob on Lag B’Omer Taught Jews To Be Cynical