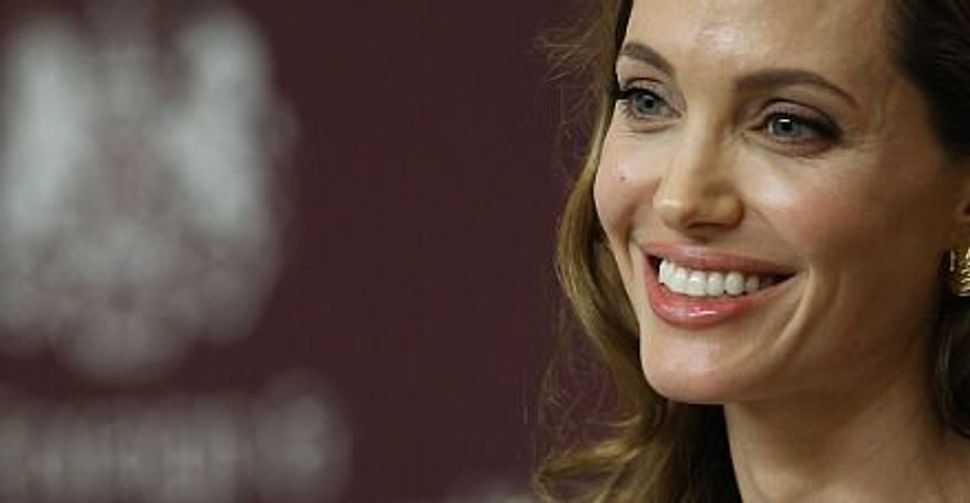 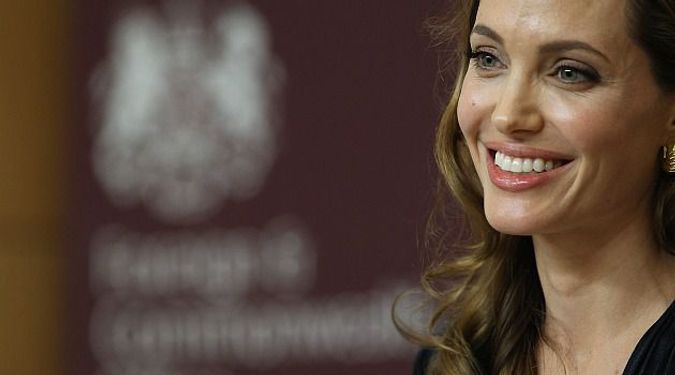 Angelina?s Choice: Did Angelina Jolie make a brave choice by undergoing breast surgery to avoid the risk of cancer? Or does her decision reflect a tendency in our society to be over-prepared for perils that we may actually never face? Image by getty images

When Angelina Jolie decides to have her breasts removed because she carries the BRCA1 gene — a mutation that some Ashkenazi Jewish women also have and which has been linked to breast cancer — it’s a choice that must throw many, many women for a loop.

If the world’s most famous and gorgeous woman/mother/Hollywood superstar is taking such a drastic a step, what should the rest of us do?

In truth, I have no idea. I’m not a doctor. I’m just a woman wondering how much we should base our decisions, medical and otherwise, on worst-case scenarios.

Let’s remember: Angelina did not have breast cancer. She has a gene mutation that can eventually lead to cancer in some cases.

What I am moved to note is that, in general, we have been trained to think in terms of what terrible thing could possibly happen to us, our bodies, and even our kids, to the point where at times we are not just prepared, we are over-prepared for the worst.

This is a virtue that deserves a second look.

In “The Problem With Pink,” the recent cover article in the New York Times Sunday magazine, Peggy Orenstein proposed that today’s women have been so inundated with breast cancer awareness that we are now almost too prepared for the worst. Crammed with “Take action or else!” admonitions, we demand more mammograms than the experts recommend, and in turn make health decisions that might actually be too drastic for our own good.

Just a few days later, the same topic came up in another Times article, by Jane Brody. Only this time, instead of mammograms, it looked at the 63.4 million pelvic exams American women undergo each year. “Now a growing number of experts are asking whether it’s necessary to do so many,” Brody wrote.

The problem both pieces pondered is this: The more closely you look at almost anything, the more things you find to worry about. Brody quoted a doctor bemoaning the fact that he “frequently” finds irregularities during exams that then require a sonogram, that then show a mass, that then requires exploratory surgery, that then “nearly always” turns out to be benign.

Those are the words we’ve been taught to look at with fear, because “nearly always” is not “always,” period. We feel smart ignoring the overwhelming odds in our favor, because it means we are not sticking our heads in the sand. We are alert!

And if we aren’t alert enough, well, we live in a society ever ready to remind us of all the terrible things that just could happen.

I see this all the time in the parenting world. Thanks to awareness-raising organizations, like the one that put the missing kids’ pictures on the milk cartons (and neglected to mention that most of the kids were runaways or taken by a divorced parent in a custody dispute), we have become very aware of child kidnapping. Too aware.

It’s not just that we can’t understand how rare this crime is, it’s that the very visibility of the issue — the fact that missing children’s faces beam down from video monitors at the grocery check-out line and bulletin boards at Wal-Mart, and I even saw a tape loop of them in a Manhattan diner — that uber-visibility makes it feel like children are being snatched off the street all the time. (It also makes us feel like contributing more money to the missing children organization, but I won’t get into that here.)

No, I will simply state that the odds of any child being kidnapped by a stranger in America are literally 1,500,000 to 1. Odds like that shouldn’t change our behavior. The threat is too rare to worry about and too random to prepare for. And yet, distraught parents now spend a good deal of their time and money trying to keep their kids safe from predators. They are driving their kids to school and refusing to let them play on the front lawn, all because the abduction statistic is 1.5 million to 1, not 1.5 million to zero. Their argument: “What if mine is the one?”

We have been trained to think about the worst-case scenario, and part of the blame lies in organizations that alert us to tragedies but obfuscate their rarity. This constant din of doom is contributing to the real illness of our age, which is the belief that we can, if we’re just prepared enough, avoid all ills.

In a society that reminds us daily to worry more, that’s not easy.

Lenore Skenazy is a public speaker and the founder of the book “Free-Range Kids” and the blog of the same name. Her show, “World’s Worst Mom,” airs on Discovery/TLC International.