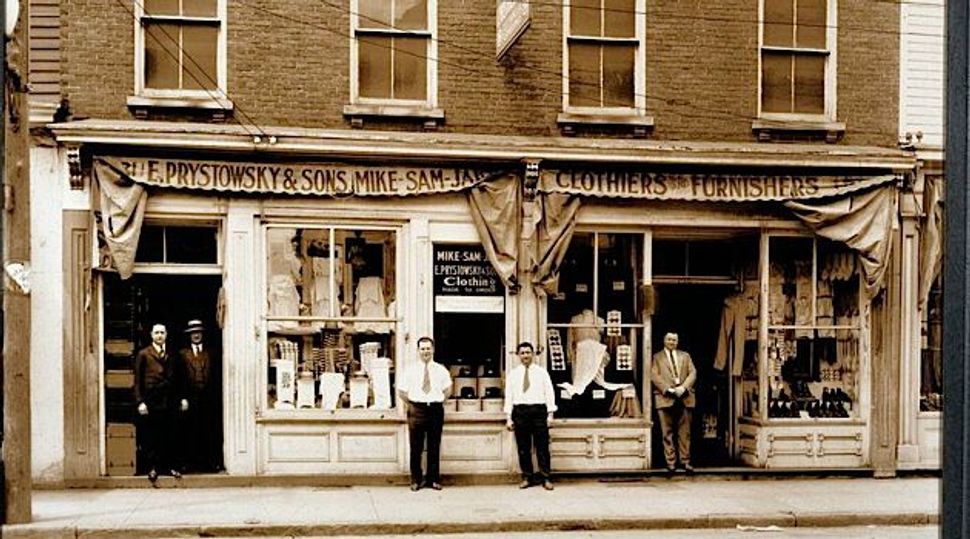 Southern Living: Charleston?s Jewish community is one of the oldest Jewish communities in the country and is stronger than most realize. Image by PHOTO COURTESY OF SPECIAL COLLECTIONS, COLLEGE OF CHARLESTON LIBRARY

This article originally appeared in Yiddish in the Forverts.

The Jewish community of Charleston, South Carolina, wants everyone to know that Florida isn’t the only state where Jewish couples can enjoy their golden years basking in warm weather and Jewish community.

Last week, Charleston’s modern Orthodox synagogue, Brith Sholom Beth Israel, hosted more than 40 Jews from New York, Los Angeles and beyond for a three-day Shavuot retreat. The organizers provided the participants with meals, hotel rooms and a full program including words of Torah, academic lectures and ample opportunity to visit the tourist sites of this charming, historic city.

The event was the brainchild of Ariela Davis, 31, the sprightly wife of Rabbi Moshe Davis, who last August assumed the pulpit of BSBI, as the synagogue calls itself. Noting how many Jewish tourists were stopping by the synagogue all year round, Rebbetzin Davis, as she is known, suggested that they organize a Shavuot program for out-of-towners, in order to allow them to get to know the Jewish community more personally.

Yet few people are aware that Charleston boasts an active Jewish community, including three Orthodox congregations, a Conservative synagogue and Reform temple, a day school, a JCC and a growing Jewish studies department at the College of Charleston, where classes are open to the public.

“Lots of people looking to retire fly right over us to Florida,” remarked Larry Haber, the president of BSBI. “We did this [Shavuot] program to let people know we exist.”

During the three days, a number of guests commented on the down-to-earth Southern hospitality of the organizers and local residents. “It was a great experience to be invited for yom tov to a community that you don’t know,” said Atara Ross, a clinical social worker from Los Angeles. “Chabad may be warm and welcoming, and invites you to their home, but that doesn’t really give you a sense of the community.”

The retreat organizers did their best to do just that. Besides lectures on religious topics, the program included a talk about the community’s complicated history in a state that once sanctioned slavery, and a panel discussion with four spirited native-born octogenarians who shared their memories growing up in the tight Jewish community, teasing each other with a playful Southern drawl. “We all have that stereotype of the redneck,” Ross remarked. “But after sitting with some of the older residents, I was surprised to hear how well the Jews have been received in the South.”

The participants also had an opportunity to tour the historic district in a horse and carriage, and to learn about the long, colorful history of the Jews in South Carolina through old photographs, letters and other documents preserved in the Jewish Heritage Collection at the College of Charleston’s Addlestone Library, just steps from the Francis Marion Hotel, where the guests were staying. Some also visited the Old Slave Mart Museum and a former plantation in the area.

Charleston is one of the oldest Jewish communities in the United States. When John Locke drafted the constitution for the Carolina Colony in 1669, he granted “liberty of conscience to all heathens, Jews and dissenters.” In 1820 there were about 2,000 Jews in South Carolina, and most lived in Charleston. It was the largest Jewish population of any state at the time.

The Jews lived prosperous lives there and built family businesses, some of which are still operating in the historic quarter, including Berlin’s Fine Clothing for Men and Hyman’s Seafood.

The Orthodox congregation Brith Sholom was founded in 1852, when a group of immigrants from Prussia and Poland decided that they wanted services conducted according to the Ashkenazi tradition. (A Sephardic synagogue was already in existence since 1749.)

In 1861, the Civil War broke out. Brith Sholom was the only one of the three synagogues in Charleston that kept its doors open throughout the war, providing the community with kosher meat as well as matzahs for Passover. Later, Brith Sholom united with a second Orthodox congregation, Beth Israel.

The fact that many Charleston residents, including Jews, once owned slaves was a theme that was discussed several times during the retreat. The scholar-in-residence, Rabbi Avraham Kivelevitz, spoke about the defense of slavery in the Bible and how this was reflected in the antebellum period; and Robert Rosen, a local lawyer and historian, expressed unabashed pride in the history of the Confederacy.

“We keep hearing that Jews owned slaves, but few people know that blacks owned slaves, too,” Rosen remarked. “In fact, there were many more black slaveowners than Jewish ones. For the most part, they were black women who owned garment businesses and needed extra laborers.”

There were many slaveowners in the North as well, and some of the biggest abolitionists were virulently anti-Semitic, he added.

Peppering his comments with humorous anecdotes, Rosen’s talk seemed to amuse his audience although some listeners were taken aback by his unapologetic view of Charleston’s troubled past.

“Robert Rosen is a compelling personality and a fascinating example of the non-apologist proud Southerner,” said Larry Krule, the founder of Davar, an Orthodox think tank in Teaneck, NJ.

But like many participants at the retreat, Krule and his wife, Susan Fader, said that the hosts and residents were much nicer than they had expected. “I was struck by their authenticity and friendliness,” he said.

Jeffrey Gurock, a professor of Jewish History at Yeshiva University and the author of the book “Orthodoxy in Charleston,” said the Jews of Charleston are proud of their cultural heritage and are very active in their community. During a Yom HaShoah ceremony that was held in the Reform temple Beth Elohim last year, all 600 seats were taken. “When you consider that there are only about 6,000 Jews in greater Charleston, it means that 10% of the Jews attended the memorial service. That’s rarely seen anywhere,” Gurock said.

“They do have one problem, though: how to maintain the talented young people,” he added. “They have a lovely Jewish day school but no high school, so after the eighth grade, they don’t see the kids again.” Haber says that played into the outreach to retirees: “That’s why we’re not going after people with 10-12 year old children.”

Susan and Stuart Kaufman, retired lawyers from Great Neck, N.Y., moved to Charleston last year, but not after scouting out other locations. “We wanted someplace warm,” Susan Kaufman said. They looked in North Carolina and Florida but couldn’t find a community that felt like a fit. They heard about a couple from their synagogue who had moved to Charleston, and were amazed to hear the city had three Orthodox minyans, so they decided to check it out.

“Our plane landed at 11 a.m. on Friday,” she said. “We walked around for hours downtown, and by six o’clock, I’d fallen in love with the city. Sunday we went out with a broker, and by Tuesday we’d already made an offer on a house.”

Most of the retreat participants don’t see it as a retirement destination…yet. “We were looking for adventure,” said Caroline Amdurer, from Monsey, N.Y., who attended with her husband, Lenny. “But actually, as soon as we arrived, we felt an immediate connection.” On the last morning before their flight back, Lenny was even asked to lead shacharit, the morning service.

“Hopefully, we’ll be back,” she said. “But next time, we’ll spend a month there.”