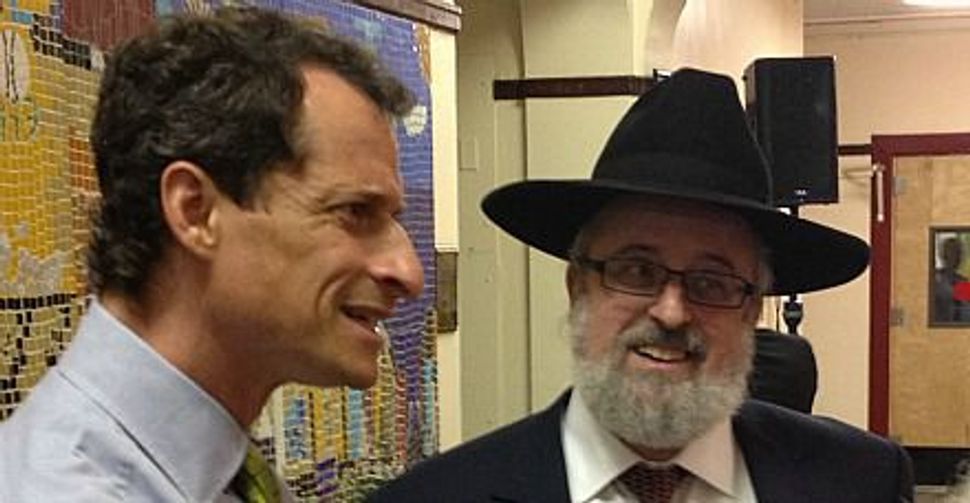 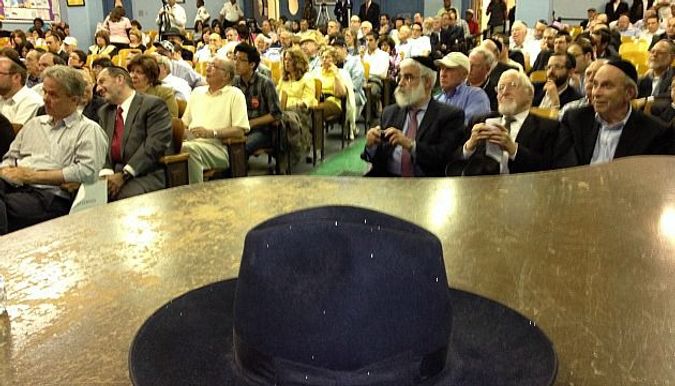 Large Crowd: A crowd of about 250 people turned out for the mayoral forum aimed at the Orthodox community in Flatbush, Brooklyn. Image by yermi brenner

Anthony Weiner got a hero’s welcome as he returned to his old political home turf Tuesday night for a New York City mayoral forum aimed at the Orthodox community of Flatbush, Brooklyn.

It took the disgraced ex-Congressman 20 minutes to get from the entrance of the building to the stage, as he stopped along the way to hug old friends, pose for photos with star-struck Othodox teens, and make small talk peppered with Yiddish words and exhilarant laughs.

“If the people of this community want someone that understands their values deep in their kishkes,” Weiner told reporters before the forum began, “then they can vote for me.” 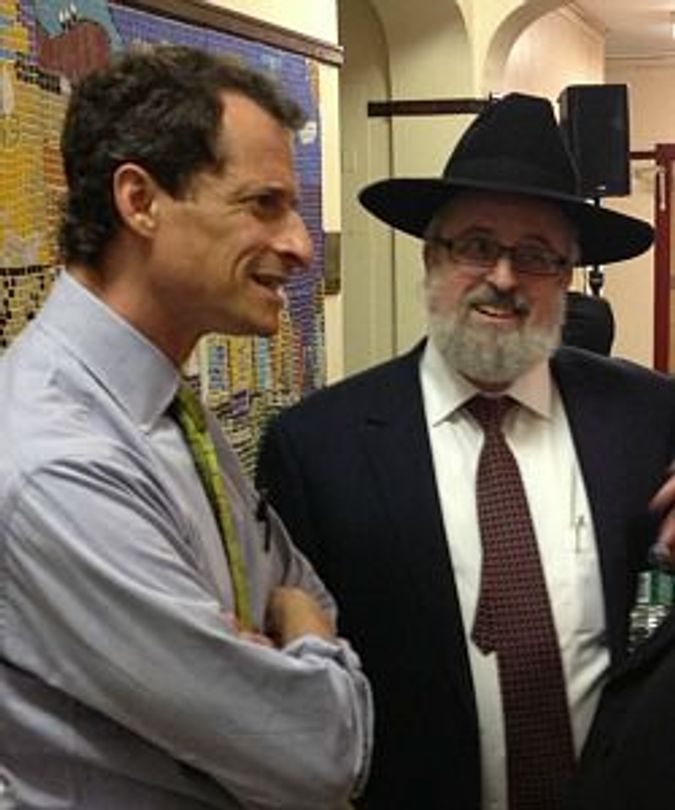 The Democratic primary is now less than 100 days away. Weiner, who represented the area in Congress and is the only Jewish candidate in the race, is trying to build momentum after he announced his comeback entry into the contest last month.

During the event, which was attended by about 250 people, the candidates were asked a series of identical questions, focusing on issues specifically relevant to the Orthodox community. The hottest topic was the threat of regulating circumcisions, and each of the candidates took their turn in awkwardly trying to correctly pronounce metzitza b’peh, the controversial rite practiced by some ultra-Orthodox Jews.

The city now requires parents to sign a consent form giving permission for the rite, which has been blamed for several cases of herpes in infants.

Weiner’s position was that the Haredi community is being unjustifiably blamed and unfairly treated.

“I just think there has been a certain insensitivity to the cultural norms of the community and it I think it demonstrates a bit of a misunderstanding about the community,” Weiner said, pleasing the crowd.

Other matters that were brought up include improving education in religious schools, allocating funds from Manhattan to the outer boroughs, and increasing security in the neighborhood.

Near the end of the forum, candidates were asked which previous mayor they want to emulate. Christine Quinn and Bill de Blasio both chose Fiorello Henry LaGuardia, while others mentioned Rudy Giuliani. Weiner picked Ed Koch.

Despite the rapturous reception, Weiner’s prospects are far from clear. He is behind in the polls and is far from securing the Jewish vote, but the race is still unsettled and no one has a clear advantage. If no candidate gets 40% of the vote, the top two will square off in a run-off.

According to Avi Schick, the moderator of the event and a resident of Flatbush, the fact the Weiner is Jewish does not in any way guarantee him the community’s votes.

“It is about trust, it is about relationship,” said Schick in an interview after the event. “I don’t think ethnicity (of the candidate) makes that much of a difference.“