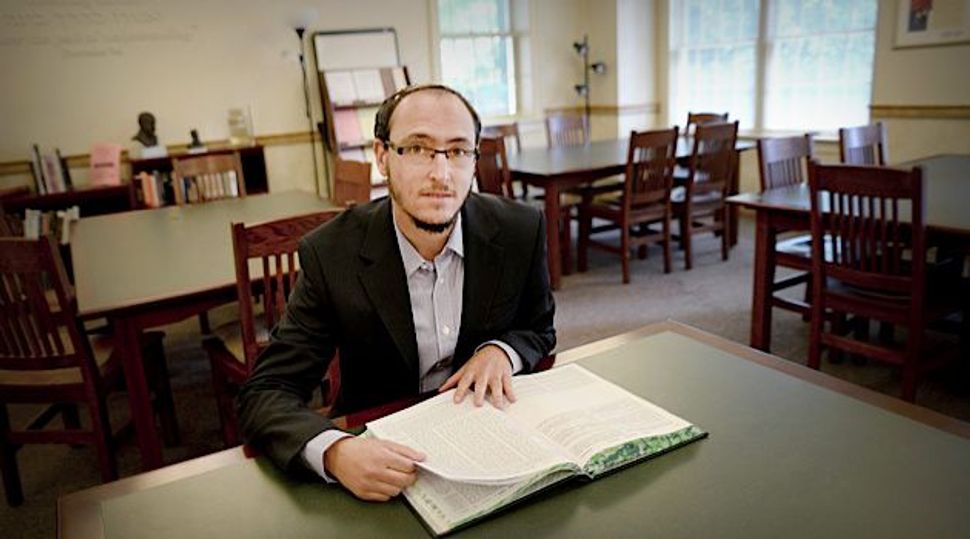 “I didn’t come to be a rabbi because I wanted to change the Jewish world about transgender issues,” said Jacob Lieberman, 34, a fourth-year student at the Reconstructionist Rabbinical College, in Wyncote, Pa. “I came because I have Jewish ideas that I want to help to infuse into our society.”

Lieberman’s aim to make Judaism “meaningful, accessible and relevant” was sparked by a high school trip to Vilna, Lithuania, where he connected with teens who were hungry for Judaism but had little experience with it. On a visit to a synagogue in Old Vilnius with several dozen young Lithuanian Jews, he realized just how inaccessible the service was to people unfamiliar with Hebrew or even worship. “I felt like synagogue is supposed to be a place where people find a path to Judaism, not a door they have to have a key to unlock to see the riches behind,” he recounted.

When Lieberman entered rabbinical school — after nine years in the labor and gay rights movements — he again focused on issues of access, this time for his own community of transgender Jews. In his first year at RRC, Lieberman and his adviser, Rabbi Jacob Staub, started the Transgender/Genderqueer Committee, an unofficial school group made up of five students and five faculty members. (“Genderqueer” is an umbrella term for people who don’t identify as solely male or female.) The group created a “Transgender 101” training for the school’s staff. It also worked with the Reconstructionist Rabbinical Association to craft a resolution, issued in March, in support of transgender rabbis and transgender partners of rabbis. “It is quite soon that folks like myself will be coming up for employment,” Lieberman said. “The RRA is saying we want transgender and genderqueer folk to have as much of a shot at employment as we do.”

In the fall, Lieberman and another transgender student on the committee, Leiah Moser, will meet with local Reconstructionist synagogues to talk about their path to the rabbinate.

Lieberman looks forward to the day when the Jewish community reaches what he calls the “2.0 version of transgender inclusion,” when trans people are treated like everyone else. “It’s a sign that we’ve made progress when we no longer say, ‘Trans people are welcome in my community,’ but instead say, ‘Of course you are welcome in my community; you are welcome to become rabbis, and you are going to do the best you can, just like everyone else does.’”