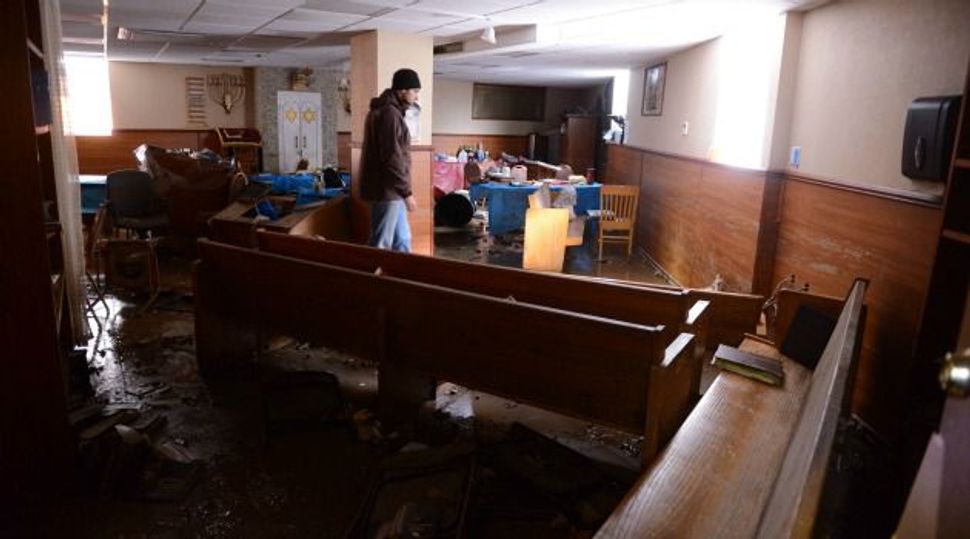 Hoping to revive a bill that would permit aid to synagogues damaged by Hurricane Sandy, two U.S. senators have introduced a new measure that seeks to alleviate concerns from FEMA and civil liberties groups over separation of church and state issues.

It specifically bars aid to replace religious items used in worship, such as Bibles, Torahs, Korans, hymnals, or icons.

“This bipartisan legislation would ensure that we stand by every community center in need of aid to,” Gillibrand said in a statement. “It is critical that our faith-based organizations and houses of worship have access to federal resources to help rebuild and recover.”

Houses of worship have up to now been ineligible to received federal emergency aid, unless they were determined to also operate as necessary community outlets, such as homeless shelters, schools or food pantries.

The House of Representatives overwhelmingly approved a bill to change that in February by a vote of 354-72. But there has been little discussion of the bill since it arrived in the Senate on February 14.

Some key senators said they believe the House bill is unconstitutional — and it’s unclear if the new bill will cause them to change their minds.

Critics of the bill, such as Congressman Jerrold Nadler (D-N.Y.), said the measure was rushed to the House floor without careful consideration of separation of church and state issues.

Levi Pine, director of operations for the Russian American Jewish Experience, a local group housed in a heavily damaged synagogue, the Jewish Center of Brighton Beach, is angry that the bill is stalled.

His building has incurred more than $1 million in damages from the storm and they’ve only completed about one-third of the necessary repairs.

“Our hands are completely tied waiting for the state to give us the money we so desperately need to rebuild,” Pine said. “For many, Sandy is a thing of the past; for us still waiting, it’s something we deal with daily.”