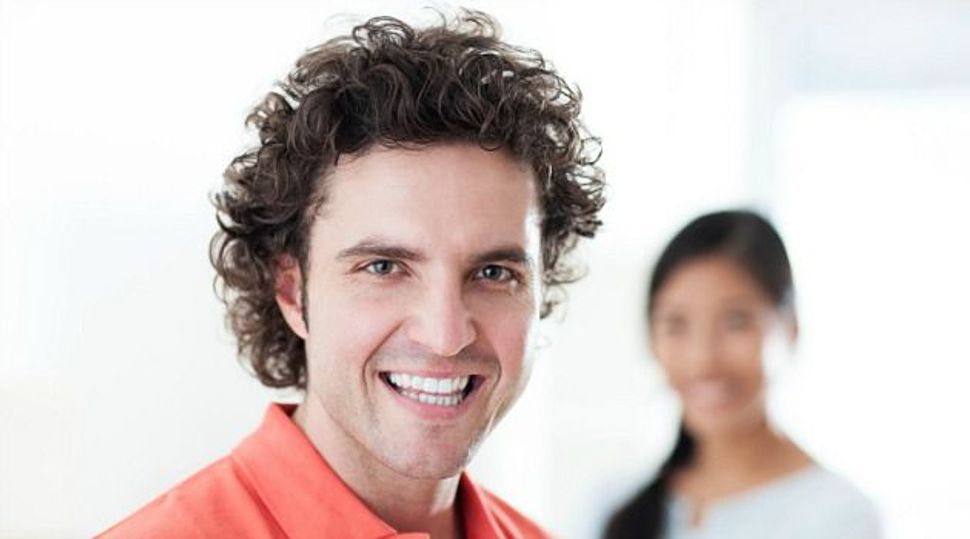 Losing Battle? A generation ago, Jewish organizations were shocked into action by a study showing half of all Jews were marrying outside the faith. Now, they seem more intent on welcoming intermarried families than fighting the practice. Image by thinkstock

When the nation’s largest Jewish federation convened its first-ever conference recently on engaging interfaith families, perhaps the most notable thing about it was the utter lack of controversy that greeted the event.

There was a time when the stereotypical Jewish approach to intermarriage was to shun the offender and sit shiva.

A generation ago, the publication of the 1990 National Jewish Population Survey showing intermarriage at the alarmingly high rate of 52 percent turned into a rallying cry. No matter that subsequent scholarship revised the figure down to 43 percent, interfaith marriage was seen as the core of the problem of Jewish assimilation in America. Jewish institutions poured hundreds of millions of dollars into Jewish identity building with an eye toward stemming intermarriage.

Fast forward two decades and the question is no longer how to fight intermarriage, but how Jewish institutions can be as welcoming as possible to intermarried Jews and the gentiles who love them.

“Clearly, Jewish communal attitudes have changed,” said David Mallach, managing director of the Commission on the Jewish People at UJA-Federation of New York, which hosted the one-day interfaith conference in June.

“One of the results of the whole process begun with the 1990 study was that in a free America we’re all Jews by choice. That’s been a profound insight that has permeated a lot of the work of the Jewish community in the last 20-plus years,” Mallach said. “It shifted the discussion from the classic stereotypical sitting shiva and never talking to a person again to saying that if we’re all Jews by choice, let’s also sit with this segment of the community and offer them that choice.”

In 1973, the Reform movement’s rabbinical arm, the Central Conference of American Rabbis, issued a nonbinding resolution opposing officiating at intermarriages. Today, more than half the movement’s rabbis perform interfaith weddings.

In 2010, a task force at the CCAR recommended shifting away from focus on preventing intermarriage to reaching out to intermarried families and adapting rituals to include non-Jewish family members. Now the movement is considering a further step.

Rabbi Aaron Panken, the new president of the rabbinical seminary of the Reform movement, Hebrew Union College-Jewish Institute of Religion, told JTA last week that HUC is planning to take a “very serious look” at whether to end the school’s longstanding policy against admitting intermarried rabbinical school students.

In the Conservative movement, it’s no longer uncommon to see non-Jews on the bimah during a bar mitzvah service. Some Conservative synagogues even grant voting rights to non-Jewish members. Officially, the movement’s only rules on the subject are that rabbis must neither perform nor attend interfaith weddings. But the latter regulation often is ignored.

“First someone has to make a complaint, and nobody has ever brought a complaint against a colleague for having attended an intermarriage,” said Rabbi Julie Schonfeld, executive vice president of the movement’s Rabbinical Assembly. “It would be hard to imagine that someone would be punished for it.”

Even in the Orthodox movement, the idea of shunning the intermarried is passe, seen as counterproductive to the ultimate goal of getting unaffiliated Jews to embrace their Jewish identity.

“The preponderance of intermarriage has made it usually pointless to shun those who have married out,” said Avi Shafran, director of public affairs for the haredi Orthodox Agudath Israel of America. “Once upon a time, intermarriage was a sign that the Jewish partner was rejecting his or her Jewish heritage. That is no longer the case, of course, and hasn’t been for decades.”

A landmark 2008 study by the Pew Forum on Religion and Public Life found that one-third of all marriages in the United States are now interfaith, and Jews are the most intermarrying ethnic group of all (Mormons are the least). The survey also found a growing number of Americans switching religions: Twenty-eight percent no longer belong to the religion in which they were born, or 44 percent if switching Protestant denominations is counted.

“What was once seen as abnormal, socially taboo, something you did not publicize has become socially acceptable,” Erika Seamon, author of “Interfaith Marriage in America: The Transformation of Religion and Christianity,” said at the UJA-Federation conference in June. “This is a huge shift.”

Today, the very notion of fighting a battle against intermarriage in America seems as likely to succeed as a war against rain: It’s going to happen, like it or not. The question is how to react.

Given that the children of intermarriages are only one-third as likely as the children of inmarried couples to be raised as Jews, according to the 2000-01 NJPS, the overall strategy appears to be the same across the denominations: Engage with the intermarried in an effort to have them embrace Judaism.

That’s true from the Reform movement to Chabad, with the exception of some haredi Orthodox. Where the denominations differ is how far one may go in that embrace, and how strongly – if at all – to push for conversion of the non-Jewish spouse.

At Orthodox synagogues, non-Jews cannot ascend to the bimah, and many synagogues go so far as to deny certain ritual roles to Jews married to non-Jews.

The United Synagogue of Conservative Judaism leaves it to the discretion of its member synagogues to set the rules on how to treat non-Jews. Rabbi Steven Wernick, the association’s executive vice president, says conversion of the non-Jewish spouse should be a goal. The only question is tactical – how and when to bring it up.

In the Reform movement, there is some question about the significance of formal conversion.

“There are plenty of people who want to sojourn in the synagogue and not convert and still know they’re part of the Jewish family,” said the president of the Union for Reform Judaism, Rabbi Rick Jacobs, who has advocated a vision for the movement as a big tent with the flaps wide open.

“He’s living in the Jewish community. He’s trying on Jewish commitments,” Jacobs said. “Conversion can’t be the only thing we talk about, but it also should not be off the table. We’d be delighted to have people join the Jewish people.”

Perhaps more than anything, the shift in attitudes has changed the conventional view of intermarriage as a net loss to the Jewish community, in the form of the out-marrying Jew, to a potential gain, in the form of the non-Jewish spouse or children who may convert.

“As times go on, we have to constantly evaluate what is the best response,” he said. “Given that it happens, what’s the best way for the community to approach it? The last thing we’d want that person to do is to throw everything away just because they’re intermarried.”