All German Jews Forced To Change Names to Israel and Sarah 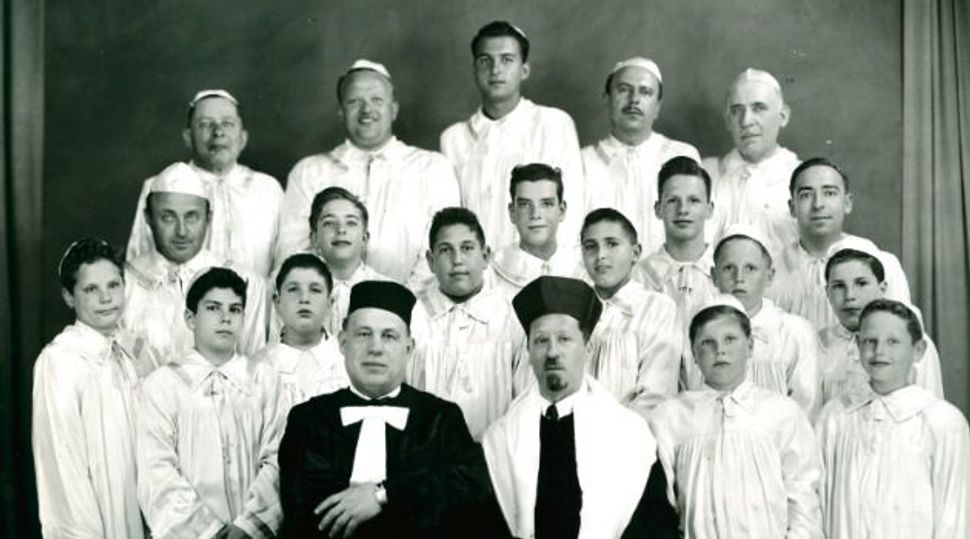 Immigrant Idol: Cantors like Moshe Preis (front row, second from left) were treated like celebrities in the Forverts. Preis was ?discovered? in Poland, where he would sing in the courtyards of apartments and people would throw down coins. He served as a cantor in Budapest, and later in New York and Vancouver. Image by Forward association

King of the Horse Poisoners Sings

Joseph Tablinsky is known on Manhattan’s Lower East Side as the “king of the horse poisoners.” Not long ago, Tablinsky was in court, about to get sent up to Sing Sing on a 10-year stint. He made a deal with the judge to reveal everything he knew about the goings-on of the underworld. One of the points Tablinsky made was that the underworld and seemingly upstanding businessmen were in cahoots. Among names named were Julius and Simon Lieberman of the massive Lieberman Milk Company. The police quietly investigated, and it turned out that Tablinsky wasn’t bluffing. The Lieberman brothers were brought before a grand jury on charges of hiring gangs of horse poisoners to kill the horses of their competitors.

Beginning in 1939, all German Jewish men must be called “Israel,” and all Jewish women must be called “Sarah.” If, for example, a Jewish man had the name “Ignatz,” he must now register a new name, either “Israel-Ignatz,” or “Ignatz-Israel,” in his official documents. In addition, the Nazis have decreed that any letters Jews write to governmental agencies must be written in their official “Jewish” names so that the authorities will know that they are dealing with Jews. According to the Nazi Ministry of the Interior, Jewish newborns must bear Jewish names and will not be permitted to have German names at all. The ministry is creating a list of old-fashioned Jewish names for newborn Jewish children.

Israel and Syria Getting Hot

The border of Israel and Syria has heated up. In the meantime, Radio Baghdad announced that its army and air force were put on alert in order to prevent “Israeli aggression against our sister-land, Syria.” According to these reports, Iraq’s Defense Minister, Salah Anash, has placed all air bases west of the Euphrates on high alert, ready to attack within a half-hour’s notice. Syria, claiming that Israel has initiated a “massive wave of new attacks” against it, has demanded that the United Nations Security Council address the issue.

All German Jews Forced To Change Names to Israel and Sarah