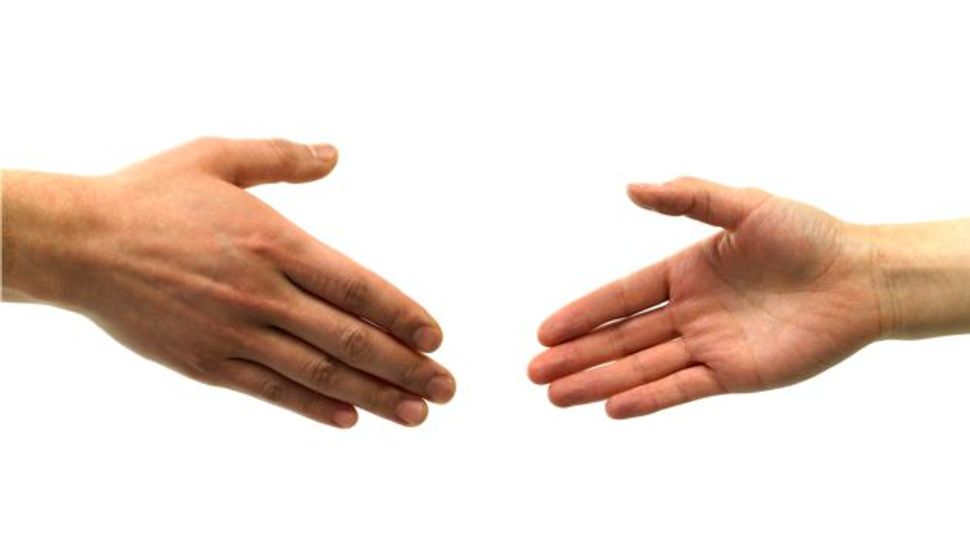 When Eileen T. was just 16, she was going out with a boy who spent most of his time talking about another girl, Betty. “I didn’t know Betty, but I started to resent her,” Eileen recalled. The more he talked about Betty, the more Eileen — who’d prefer not to give her last name — seethed.

Then, on a first date with a new guy named Terry — who later became her husband — “We were talking,” Eileen said, “and he said, ‘I asked you out because Betty said you have a really bubbly personality and are really fun.’ I literally died in my seat.”

Suffused with guilt, surprise and gratitude — a nauseating cocktail — Eileen forced herself to call Betty and blurt out the weird truth: “I told her, ‘I went out on a date with Terry, and he said you told him nice things about me, and I needed to apologize because the whole time I was dating so-and-so he kept talking about you, and it made me not like you.’”

Betty’s response? “She was shocked and happy,” Eileen said. In fact, she appreciated Eileen’s honesty so much that the women grew very close. So close that Eileen was in Betty’s wedding (which was not to the man obsessed with her). And now the two are still dear friends — 29 years later.

And that, folks, is what we are here to talk about today: the power of an apology.

Apologies are hard to make, and they’re embarrassing. But when we’re commanded to give them on Yom Kippur or else, it’s like God is issuing the ultimate in self-help advice: “I command thee to get over whatever’s holding you back and do it already. You’ll feel so much better. Trust me — I’m God.”

Turns out, God has a point. (God would.) So, in time for the holiday, here are some stories I heard when I asked folks to tell me about “the apology that changed my life.” But first, here’s what the experts ad vise about ’fessing up.

“A big thing that gets in people’s way is pride,” said Jennifer Thomas, co-author with Gary Chapman of the recent book “When Sorry Isn’t Enough: Making Things Right With Those You Love.” When pride is holding you back from apologizing, she says, remember that the people we really respect are the people who humble themselves.

Another way to help you over the hump, says Valerie Utton, a writing coach in Suffield, Conn., and the author of “Letters of Apology: How To Stop Waiting for Permission To Be The Wonderful Person You Are,” is to remember that apologies are a gift. So instead of just feeling like a loser, try to remember that you’re also giving someone something valuable. What you might not realize until you do it, however, is just how generous you’re being to yourself.

That’s what Utah outlet store manager Swan Workman came to realize after doing something pretty terrible as a teen (He is now 33). “I had been going through a difficult time,” he recalled. Eager to start earning money, he listened to a friend talk about all the dough he was making dealing Ecstasy, and thought it sounded great.

So Workman stole money from his parents — several thousand dollars — and invested it in drugs. “I realized the error of my ways quickly,” he said. “I saw a lot of really bad violence and thought, ‘Do I really want to be doing this?” But even though he got out of the business, he spent two or three years unable to get out the words to tell his parents about the cash. Finally, sickened by the burden of guilt, he invited his father to lunch.

“It took me a very long time to get to the point of why I’d invited him. I broke down crying before I came out with it,” Workman recalled.

And when he did?

“My dad told me, ‘I forgive you,’” he said. What’s more, in the dozen years since, Workman and his parents have become so close, “they trust me with a lot of things they would not trust any of the other children with.”

This turns out to happen with some frequency, the surprise bonus of an apology. Not only do you get the truth off your chest, but you also get a whole new relationship with someone you care about.

That’s exactly what happened to Robin Lutchansky, a publicist in New York City, but she was on the receiving end. You see, about 20 years ago she brought a young woman — a waitress — into her public relations business. Five years later, the protégé moved on to another agency. Afterward, whenever the two got together for lunch, the younger woman would tell Lutchansky everything Lutchansky was doing wrong.

It was a long list. Lutchansky stopped going to lunch with her.

After the young woman climbed the corporate ladder and moved to California, Lutchansky suffered an injury and ended up in a wheelchair, addicted to pain pills. It was while she was struggling to overcome all that that she got a call from the protégé. The younger woman apologized for never thanking her mentor.

She followed up the apology by recommending Lutchansky to two valuable clients — Lutchansky’s first as she got back on her feet, literally and figuratively.

Apologies not only reopen doors, they let the sunshine in.

Okay, last story, this one from Donna Maurillo, who works at a research institute in Scotts Valley, Calif. As she was growing up, she and her father had “a really difficult relationship. I always thought I’d hate him for the rest of my life,” she said. But then she became an adult: “Here I was, with kids of my own, still carrying this anger.” Sick of simmering, one day she picked up the phone and called her dad.

She wasn’t asking for an apology, per se, just re-establishing contact after a few years of none. And she admits: “The first call was uncomfortable. Mostly silence. ‘Hi, Dad. How are you doing?’ ‘I’m fine. How are you?’ But each one that followed grew easier, and soon we were talking like old friends.”

Even old friends have to hash things out sometimes, of course, and finally her dad admitted the guilt he felt for having been a terrible father.

At last! The apology Maurillo had been waiting for her entire adult life! “But instead of twisting the knife,” she said, she reassured him, “We all do the best we know how.”

Then, just before he died, her dad said the words she’d never heard from him before. The ones she’d wanted to hear her whole life. I’m sure you know what they are.

They’re the words we all might hear, from God or someone here on earth, if we take the self-help advice we get on Yom Kippur.

Lenore Skenazy is a public speaker and founder of the book “Free-Range Kids” and the blog of the same name. Her show, “World’s Worst Mom,” airs on Discovery/TLC International.