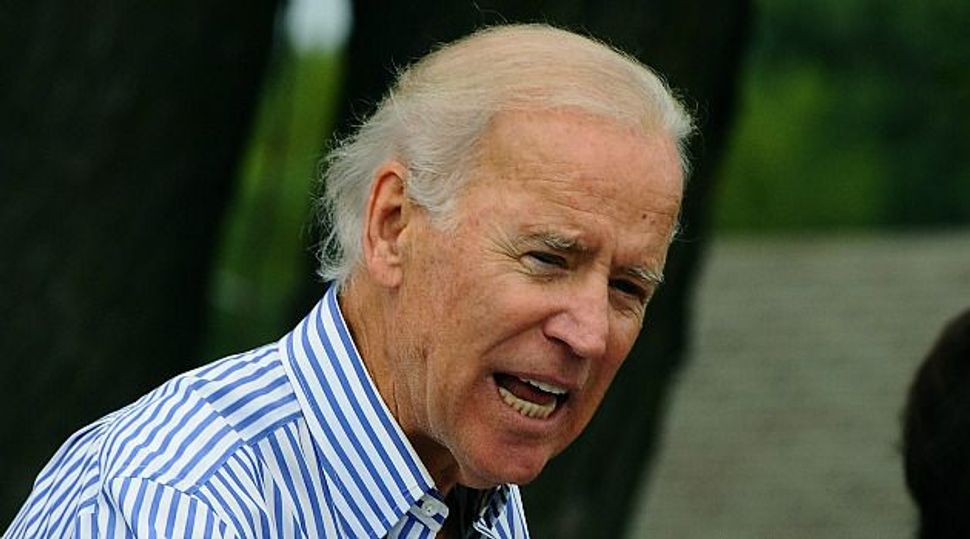 In a major show of support for J Street, White House decided to dispatch Vice President Joe Biden to deliver the keynote speech at the dovish group’s annual conference in Washington from September 28 to 30.

Biden will be the most senior official to ever address the group, which has focused its lobbying efforts on promoting a two-state solution for the Israeli-Palestinian conflict and on advocating for greater involvement of the United States in advancing Middle East peace.

The announcement comes shortly after J Street had decided to not to lobby in favor of the Obama administration’s request from Congress to authorize the use of military force against Syria. Having Biden speak at the event could indicate that the administration does not hold any grudge for J Street’s refusal to take on the issue.

It could also demonstrate the White House’s appreciation of the group’s support for efforts led by Secretary of State John Kerry to support Israeli–Palestinian peace talks.

“Secretary of State John Kerry has called on the American Jewish community to rally ‘a great constituency for peace,’” J Street President Jeremy Ben-Ami said in a press release. “The Obama Administration has made the resolution of the Israeli-Palestinian conflict a top foreign policy priority. In convening this conference, we have a real opportunity and, in fact, an obligation to demonstrate the tremendous support that exists behind those efforts.”

In previous years, the administration had sent lower-level officials to address the J Street crowd. In the group’s inaugural conference three years ago it was then-national security adviser James Jones. In the following year Obama’s Middle East adviser at the time Dennis Ross was the keynote speaker and last year the White House sent adviser Valerie Jarrett to speak.

At the same time, the mainstream American Israel Public Affairs Committee (AIPAC) boasted a speakers list which included multiple addresses by the president and by his senior cabinet members.

Biden’s speech to J Street will take place on September 30, the date also set for an Oval Office meeting between President Obama and Israeli Prime Minister Benjamin Netanyahu who will be visiting Washington and New York. A spokeswoman for J Street said the lobby reached out to Netanyahu and invited him to attend their conference. Netanyahu’s schedule, however, indicated that he declined the invitation.

Still, J Street has succeeded in bringing a wide range of Israeli politicians to its event this year, which will feature not only opposition leader Shelly Yechimovich and lawmakers from the center-left, but also representatives of the right-wing Likud and Shas parties.