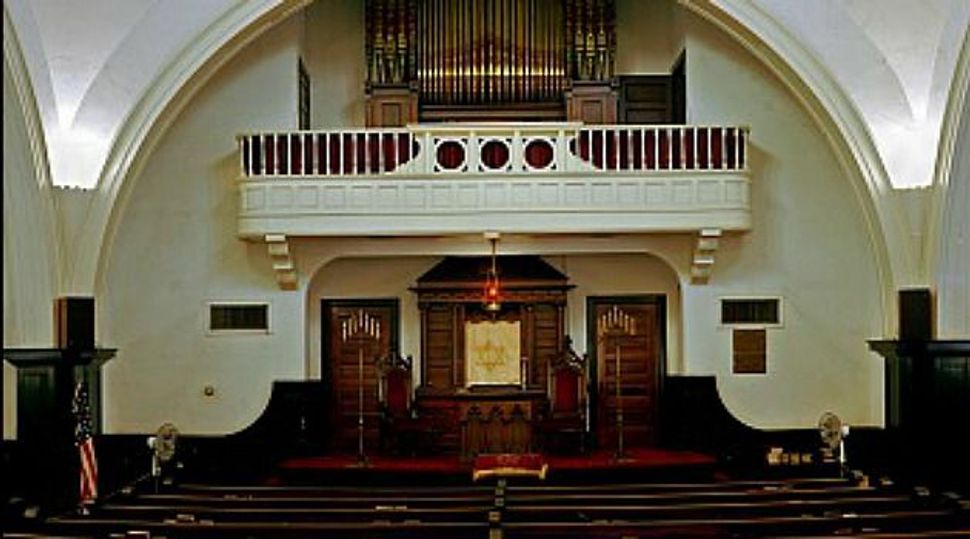 Temple Mishkan Israel sits on a busy four-lane road in Selma, Ala. On one side of the temple is a pink house with a bay window; a large white house is on the other side. The paint is peeling on both homes, which look like they’ve sat empty for decades. Across the street there’s a furniture store, an empty lot and a two-story office building with a wrought iron balcony running the length of a second-floor porch. If you stand on the sidewalk in front of the temple and look to the right, you can see the gentle rise of the Edmund Pettus Bridge at the end of the road.

Selma earned its place in the history books because of that bridge. On March 7, 1965, officers armed with clubs and tear gas attacked hundreds of peaceful civil rights demonstrators. The violence was broadcast on national television, creating a groundswell of support for the civil rights movement; the Voting Rights Act was signed later that year.

In the decades since, Selma has seen a steady decline of virtually all the ingredients necessary for a robust town, most importantly people and jobs. It bears little resemblance to the place where my great-great grandfather and his brother ran a successful business, where my grandmother and her sister grew up, where my mother and her sisters often visited relatives during their own childhoods in Birmingham.

On a hot Saturday morning in August, my mother and aunts returned, along with their daughters and grandchildren, cousins and spouses and friends — nearly a hundred of us filling the seats of Temple Mishkan Israel for my cousin’s bar mitzvah. If I traced the family tree back far enough I could find the great-grandfather — or is it a great-great grandfather? — that he and I have in common, and perhaps even determine if we are third cousins, second cousins once removed or some other, even more complex connection.

There are a number of non-Jews in attendance; before the service I chat with an elderly Presbyterian women who came with her daughter and friends. She doesn’t know my cousin but does know the building, and speaks of it fondly. During the service the mayor of Selma gives a brief speech, in which he confesses that this is the first bar mitzvah he’s ever attended. But the majority of this morning’s congregation came from out of town, including my cousin and his family, who live in Maryland. Their guests have traveled from as far as Boston and Michigan, and for many of them this their first visit to Alabama, to say nothing of Selma.

The miles we’ve traveled to get here are nothing compared to the long journey that my great-grandfather and his family, and all the other Jews of Selma, undertook in making Temple Mishkan Israel the centerpiece of their community. Like so many other Jews who grew up in the South in the latter half of the 1800s and first half of the 1900s, they encountered obstacles that many of us can only imagine today.

Yet the temple still stands 113 years after its dedication and 143 years after the town’s Jewish families decided to form a congregation.

It is still standing, but it is also still facing challenges that are difficult for many of us to comprehend. Like so many other synagogues in small Southern communities, Temple Mishkan Israel has encountered hard times. As Selma’s population has shrunk, so has the temple’s congregation, which now numbers only seven. While they have done a masterful job of keeping the doors open and the lights on, my cousin has wisely chosen to make his bar mitzvah project raising funds for the restoration of the temple, which itself may eventually be donated to the Institute of Southern Jewish Life.

I don’t know if this temple, with its tall white walls, intricate stained glass windows, and imposing organ loft, will be here in another 113 years, or even 13. But I hope so, and not just for my personal connection.

Synagogues like this, in towns like this, are a way to appreciate not just our history but also that of our country. They are tangible reminders of the lessons — of tolerance, perseverance, faith and community — that we must carry forth into the future.