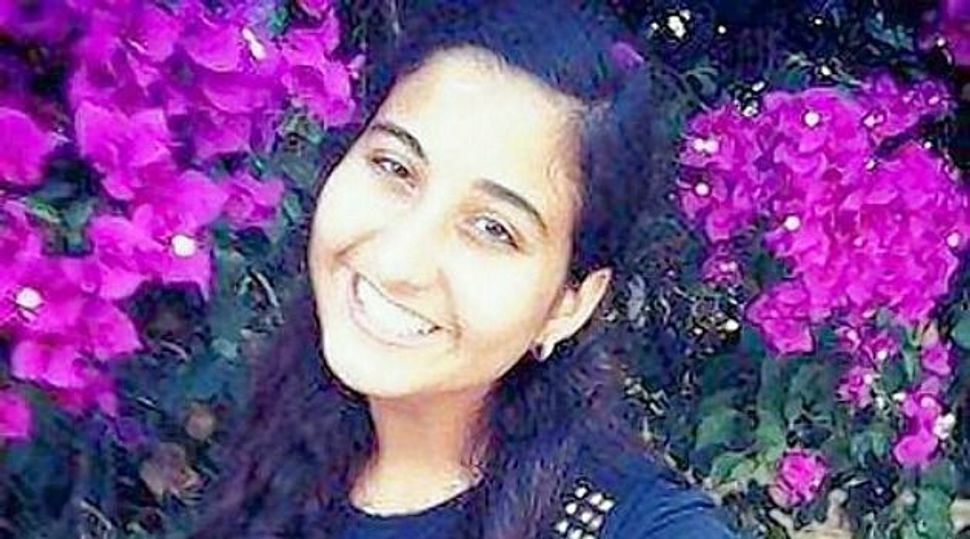 Esther Ohayon, 57, was walking to synagogue with her daughter when a Toyota Camry hit them head on. Orly Ohayon, 16, was raced to University of Florida Health hospital with several broken bones and torn ligaments. Esther Ohayon died at the scene.

The memorial service will be held at the Chabad of Northeast Florida in Jacksonville at 7 p.m., Rabbi Yaakov Fisch of Etz Chaim synagogue, where Orly and her mother were headed for Kol Nidre, told the Florida Jewish Journal.

“I imagine there will be quite a crowd,” added Rabbi Jonathan Lubliner of the Jacksonville Jewish Center, which is co-sponsoring the service along with the two synagogues.

Esther Ohayon was buried in Israel, where her three other children currently reside. Born in Casablanca, Morocco, Ohayon immigrated to Israel in 1969, where she met her husband, Yehuda. In 1975, the family moved to Jacksonville to be closer to his sister and brother, both Florida residents. Yehuda Ohayon passed away in 1999.

An active member of the community, Esther Ohayon taught pre-school at the Jacksonville Jewish Center for 8 years.

“She was always just smiling and loving where kids were concerned. She was endlessly patient, ” Lubliner told the Florida Jewish Journal. She was “the ideal pre-school teacher.”

Orly Ohayon is an active member of the National Coalition Synagogue Youth, the international youth program run by the Orthodox Union, on both the regional and national level. She was transferred to the Brooks Rehabilitation center on September 25 to continue her treatment.

No charges have been filed against the driver, Michael Fortunato, 66, who has a long history of traffic violations and was involved in the death of a 6-year-old in 2009 only a couple of streets away from where the Esther Ohayon was killed. According to Sgt. Dylan Bryan of the Florida Highway Patrol, he had a green light. Law enforcement officials are still waiting for the results of Fortunato’s blood test, which would determine if he had been under the influence of alcohol or drugs at the time of the accident.

According to residents, the intersection at San Jose Boulevard has been cause for concern for some time, especially for Orthodox Jews who cannot press the crosswalk button on Jewish holidays, leaving them only 10 seconds to cross an eight-lane highway. If they do press the button, they have 48 seconds to get across.

“As just a layperson, I didn’t know that.,” said Fred Pozin, president of the Conservative Jacksonville Jewish Center. “There’s a big gap between the two.”

Pozin also pointed out that the “walk” signs only cycle every 8 minutes if there are no cars detected on the opposite “feeder streets,” creating an incentive for people to jaywalk.

City officials and representatives from the Florida Department of Transportation met with leaders of the Jewish community on Monday to discuss options to ensure the safe passage of pedestrians on their way to synagogue.

“It was a really good meeting,” said Pozin, who attended the meeting along with Orthodox counterpart Rabbi Yaakov Fisch. “There seemed to be an atmosphere of ‘How do we bring solutions to this and allow more safety for those who are trying to walk to shul.’”

Pozin noted that four main options are being considered, including a delayed timer, which would extend the allotted time for pedestrians to get across the busy intersection during service times.

There has also been talk of building a pedestrian walkway, or even installing in road signaling or flashing lights alerting motorists to a heavy pedestrian area, he said.

An estimated 35,000 vehicles use the state road every day, Pozin added, noting that drivers often flout the 45-mp/h speed limit.

The group will reconvene in two weeks to discuss the multiple options, and come to an agreement on one compatible with the religious obligations of Orthodox Jews.

In the aftermath of the accident, Orly Ohayon’s aunt launched a Fundrazr campaign to raise funds for her niece’s treatment and rehabilitation. As of Wednesday, 1054 people had donated $66,445, more than 40% of the $150,000 goal.

Orly’s aunt said the teen is doing well at a rehabilitation center.

“They have a ‘crane’ there as well to move her into her chair with wheels :). She hasn’t done any wheelies yet but I see them in the future,” Karen Brown posted on a Facebook page. “Spending time with her friends is good therapy!”