Debora Spar Says You Can’t Have It All 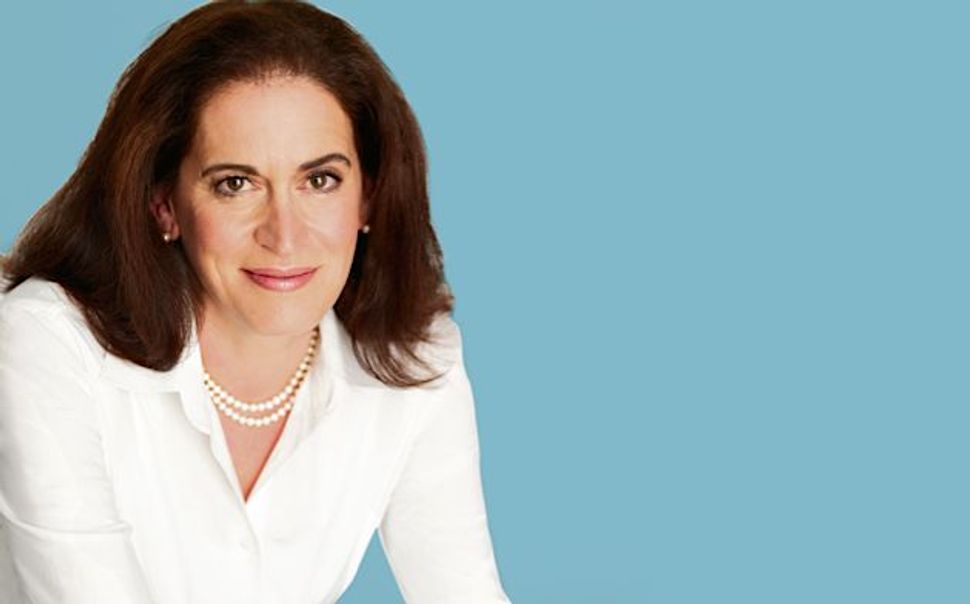 On a Quest: Debora Spar says she wants to change women?s expectations of themselves. Image by Steven DeCanio

In her new book, “Wonder Women: Sex, Power, and the Quest for Perfection,” Debora Spar, president of Barnard College, offers a somewhat controversial new lesson for women: Don’t even bother trying to do it all. After feminism spent decades trying to convince women that, yes, they can have a corner office, a fulfilling family life, a rocking bod and anything else that our hearts desire, Spar’s book provides a stark counterpoint. In “Wonder Women,” Spar says that it’s time for women to reassess their expectations of themselves, to make them more realistic and to accept that something’s always gotta give.

Spar came to Barnard in 2008 with a robust agenda: Focus on women’s leadership, broaden the school’s international outreach through global symposia looking at the status of women and, of course, raise more money for the school.

The Forward’s Deena Shanker (a Barnard alumna) caught up with Spar during a pause in her busy life to chat about her book.

Deena Shanker: A big part of your book’s message is about the need for women to lower our expectations of ourselves, that we don’t need to be Wonder Women.

What do you do at Barnard to help accomplished young women to have realistic expectations?

There’s a problem in society right now that’s much broader than Barnard. High school students across the country, and increasingly around the world, are making themselves crazy before they even cross the gates into the college of their choice. We face a collective action problem: We somehow need high school students to be spending more of their time and energy figuring out who they are, studying things they love and getting basic skills, but not feeling compelled to check off every single box that’s possible. I see way too many young people exhausting themselves, thinking they have to be captain of every team and president of every club, and constantly working 24/7.

Right now a lot of celebrities, Taylor Swift and Beyoncé come to mind, don’t want to call themselves feminists. How can women make sure “feminism” is not a dirty word?

We may not want to get too hung up on the word. Semantics can really be an enemy of getting things done. I’m personally less concerned with how women define themselves and much more concerned with how women lead their lives and what kinds of goals they set for themselves. If women like the celebrities you mentioned are legitimately interested in pursuing an agenda that’s about bettering women’s lives, improving girls’ lives, fighting against sexual violence, I don’t really care what they call themselves.

A lot of people are lumping your book together with Sheryl Sandberg’s “Lean In.”

The topic of the future of half of humanity is large enough to include more than two books. I think it’s wonderful that this conversation has exploded into the national consciousness, and I think Sheryl bears a lot of the credit for that. I think our books are complementary but very, very different. Sheryl’s book is focused much more on issues women face in the workplace. Mine is much broader. I touch in part on workplace issues, but that’s just one part of the book. I also focus on how we raise girls, how young women deal with sexual issues, and how we’re juggling issues of marriage and babies.

What do you want to see from today’s feminist movement?

I think that more people who don’t define themselves as being part of that movement should really think about what it’s been arguing for more than 50 years. In particular, many women, myself included, would do well by going back and reading some of the earliest feminist texts and really understanding the extent to which these women were fighting for societal goals, for social goals, for collective goals — some of which have been achieved, but many of which haven’t: We don’t have pay equity, we haven’t had progress on child care and we haven’t seen much progress in terms of the percentage of powerful positions held by women.

In the book, you discuss the very personal topic of your decision to undergo breast reduction surgery. Why was that an important story to tell?

One of the major arguments in the book is that women who are in positions of prominence can help other women by showing some of the messiness and tough decisions of their own life. One of the toughest issues I’ve faced was having a body that made me subject to the kind of attention that I really didn’t want. Even when women are smart and professional and are not acting in a particularly sexual way, their bodies still make them the object of attention in ways that have nothing to do with their professional characteristics.

So when you’re swamped and you have to make sacrifices, what’s the first thing that drops off your to-do list?

The first is housework, and the second is work-related things that aren’t really necessary.

Debora Spar Says You Can’t Have It All