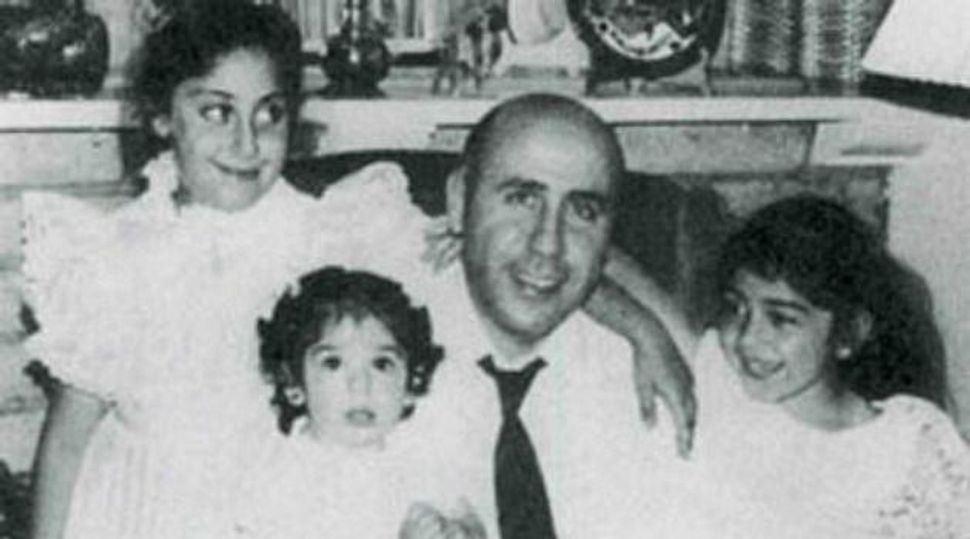 Whodunnit: Jewish extremists have long been suspected in the assassination of Arab-American activist Alex Odeh. Why can?t the FBI solve the 1985 murder? Image by Arab-American Anti-Discrimination Committee

Civil rights groups are demanding that the FBI solve a 28-year-old California murder long thought to be the work of Jewish extremists.

Alex Odeh, the Palestinian-American regional director of the Arab-American Anti-Discrimination Committee, was killed in October 1985 by a pipe bomb that exploded when he opened his office door. No one has ever been charged in the case.

Now, the Arab-American Anti-Discrimination Committee has launched a campaign to draw attention to the unsolved killing, in cooperation with other civil rights groups and members of Congress.

“Twenty-eight years is a long time, and, with all due respect, too long a time,” said Michigan Congressman John Conyers on a conference call announcing the effort.

Though officially unsolved, press reports have named a handful of suspects in Odeh’s murder over the past three decades, often sourcing the reports to FBI officials. An FBI spokesman said in the immediate aftermath of the murder that it believed the [Jewish Defense League][1] was responsible for the bombing, though officials later would only say that they suspected Jewish extremists.

Reports in 1990 by Robert I, Friedman, a Village Voice journalist who has since died, [named][2] Jewish Defense League members then living in Israel as suspects.

Founded in 1968 by Rabbi Meir Kahane, who went on to found the banned Kach party in Israel, the JDL was a Brooklyn vigilante group with an underground terrorist wing. JDL members bombed Soviet targets in the United States in the early 1970s to protest the treatment of Soviet Jews. A smoke bomb it set in 1973 ended up asphyxiating a young Jewish secretary employed by a Sol Hurok, a Jewish performing arts promoter who managed concert tours for Soviet classical musicians.

Kahane moved to Israel in 1971, but the group continued its U.S. activism and its terrorist violence without him. The day after the Odeh murder, JDL chairman Irv Rubin brushed off the attack.

“I’m certainly not going to lose any sleep over it,” Rubin said. Later, Rubin was harsher. “No Jew or American should shed one tear for the demise of Mr. Odeh,” Rubin said. “Regarding the death of Mr. Odeh, unfortunate as it may be, as they say, ‘What goes around comes around.”’

In a television interview the day before the bombing, Odeh said that Palestinian Liberation Organization head Yasser Arafat was not involved in the hijacking of the cruise ship Achille Lauro days before, and that Arafat was a “man of peace.” Arafat maintained at the time and throughout his life that he was not involved in the Achille Lauro hijacking, though some have questioned his account.

According to Friedman’s 1990 report, the pipe bomb that killed Odeh was sophisticated enough to [impress][3] FBI investigators. Since 1990, one of the men named by Friedman as a suspect in the Odeh murder has been extradited from Israel and found guilty in another bombing. Robert Manning was convicted in 1993 of killing a secretary at a computer company in a 1980 mail bombing and is currently serving a life sentence in a federal prison.

Manning had been living in the West Bank settlement of Kiryat Arba. According to testimony at his trial, Manning was hired to send the mail bomb in 1980 by a fellow JDL member who was having a business dispute with the computer company.

The other two men Friedman named as suspects in the Odeh murder, Keith Fuchs and Andy Green, are apparently still in Israel. Neither has been charged. The JDL, for its part, is effectively defunct. Rubin killed himself in prison in 2002 while awaiting trial on charges that he had planned to firebomb a mosque and the offices of Congressman Darrell Issa. His son Ari and wife Shelley said they would rebuild the organization, but Ari committed suicide in 2012. The JDL’s website is currently suspended by its host.

Earl Krugel, who was Rubin’s alleged co-conspirator in the 2001 firebombing plots, reportedly cooperated with FBI investigators looking into the Odeh case as part of his 2005 plea agreement. Krugel was killed in prison three days after his sentencing.

Efforts to draw renewed attention to the Odeh case have been made before. In 1996, 11 years after the murder, the Justice Department announced a $1 million reward for information that would help solve the case. That reward is still unclaimed.

On the October 11 conference call, Conyers said that he would request to meet with the Department of Justice on the matter.

Seeking to explain the Odeh case’s importance, Jealous, the NAACP president, invoked the case of Medgar Evers, the black civil rights workers whose 1963 murder by white supremacists was not officially solved until 1994.

“Whenever someone who works for justice is killed it is the responsibility of our country as a whole and the civil rights community as a whole to ensure that the killers be brought to justice,” said Jealous on the call. ADC president Warren David said he had been inspired to look into the case after a visit with Odeh’s widow and brother. “They were very frustrated,” David said.

The Leadership Conference on Civil and Human Rights, a large coalition that includes mainstream Jewish advocacy groups, is supportive of the campaign, according to a spokesman for the Conference.

Odeh’s brother Sami Odeh died in June, according to Raed Jarrar, a spokesman for the ADC. “I think many of our constituents…felt even more obligated to call for closure on this case because Sami Odeh passed away after 27 years without having closure, and without knowing who killed his brother,” Jarrar said.