Is Slingshot Guide a Rainmaker for Jewish Non-Profits — Or Waste of Time? 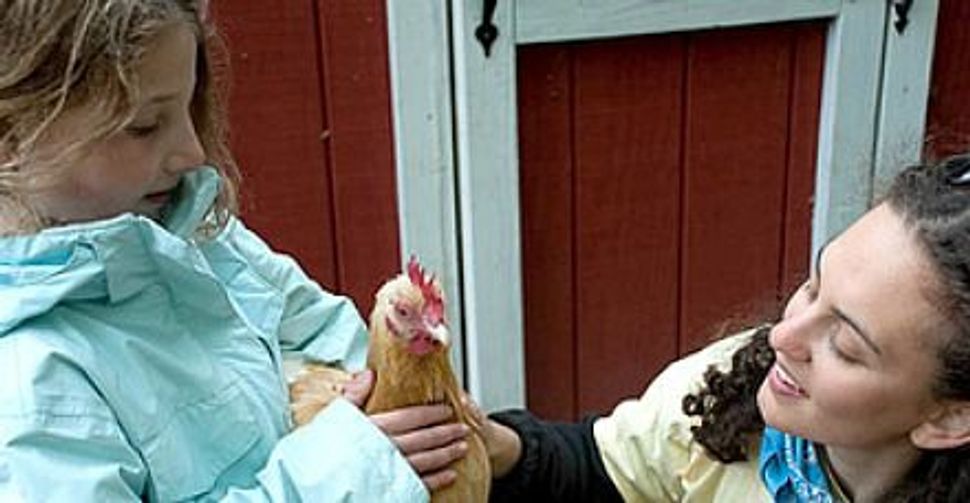 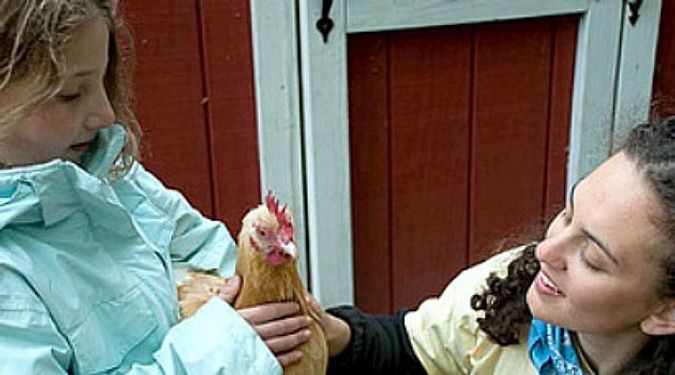 Like David: Eden Village Camp officials say inclusion in the Slingshot guide is an important stamp of approval for prospective parents. Others are less sure about the possible benefits. Image by ALEXIS SILVER

Today, Jewish organizations are trying to use Slingshot, an annual guide of the 50 “most innovative organizations and projects,” to capture the attention of donors. The ninth installment of the guide was released Thursday.

Launched in 2005 by a group of donors in their 20s and 30s, the guide evaluates North American Jewish organizations based on “their innovative approach, the impact they have in their work, the leadership they have in their sector, and their effectiveness at achieving results.”

Inclusion in Slingshot offers “a stamp of recognition,” said Vivian Stadlin, co-director of Eden Village Camp, a 4-year-old overnight camp focused on environmental sustainability that has appeared in Slingshot for several consecutive years.

“Even if a prospective parent doesn’t know about Slingshot, to be able to say we appear in the Slingshot list of 50 most innovative Jewish groups puts people at ease,” she added. “It gives the sense that they’re climbing aboard a winning ship.”

Ed Case, CEO of InterfaithFamily, a website offering resources for interfaith families and one of the standard bearers, said making the Slingshot list offers a “heksher,” or seal of approval, “especially for new organizations getting started.”

Whether Slingshot inclusion has a financial benefit is an open question. Guide inclusion does not come with any monetary reward, although those that make the list are eligible to receive grants through the Slingshot Fund. Case said his group has received grants from small foundations that discovered it through Slingshot.

Julie Finkelstein, Slingshot’s program director, said many organizations “leverage it to receive funding from other sources.”

Sarah Lefton, executive director and producer of G-dcast, a new media production company that has been in Slingshot for several consecutive years, praised the guide, particularly the openness of its organizers to feedback.

However, several professionals say the application process is burdensome, the selection process overly subjective and the payoff not always clear.

A professional with an organization featured multiple times in Slingshot who did not want to be seen publicly criticizing the group said she has heard “a lot of grousing about it from Jewish organizations.”

“It’s a really involved application both to be in the guide and to get money [through the Slingshot Fund], and there’s not a clear return,” she said.

Another Jewish professional echoed this concern, saying, “People like the recognition, but I’m not sure how many organizations have seen real gains or been able to leverage it into grants.”

The Slingshot Day, which brings together groups and donors, also gets mixed reviews. Case said it’s “great to have the once-a-year opportunity to meet with counterparts – that is rare to nonexistent otherwise, especially for organizations not based in New York.”

But another professional said there’s a “mismatch” between the expectations of funders and organizations at the annual conference.

“The organizations are coming to meet funders, but the funders are not coming to be met,” the professional said.

The guide also features 17 “standard bearers” – groups that are included yearly as “models of innovation.” They include organizations such as Moishe House, a social and educational group for 20-something Jews, and Mechon Hadar, a liberal yeshiva.

Newcomers to the list this year include City Harvest’s Kosher Initiative, a hunger-relief project in New York; NewGround: A Muslim Jewish Partnership for Change, of Los Angeles; Ramah Tikvah Network, a training program for professionals serving special-needs populations; and The Kitchen, an alternative congregation in San Francisco.

“Slingshot is a resource highlighting the breadth and depth of the Jewish community at this moment, and it is relied upon by doers and donors alike,” said Will Schneider, Slingshot’s executive director.

Meredith Lewis, director of operations at MyJewishLearning, which has made the top 50 for several consecutive years, said Slingshot – and particularly an annual conference it holds for organizations and donors – helped her group forge partnerships with others, such as the Institute for Southern Jewish Life and Keshet, an LGBT advocacy group.

“When we’re thinking about new partners to bring on, that’s the first place we look,” she said.

While commonly viewed as emphasizing programs serving young Jews, several Slingshot organizations in the guide focus on baby boomers and the elderly, including Wise Aging, which provides “spiritual learning, intellectual engagement, and community gathering” for Jews 65 and over, and Kavod v’Nichum, a group that teaches about traditional Jewish burial rituals and provides training and resources to Jewish burial societies.

Is Slingshot Guide a Rainmaker for Jewish Non-Profits — Or Waste of Time?