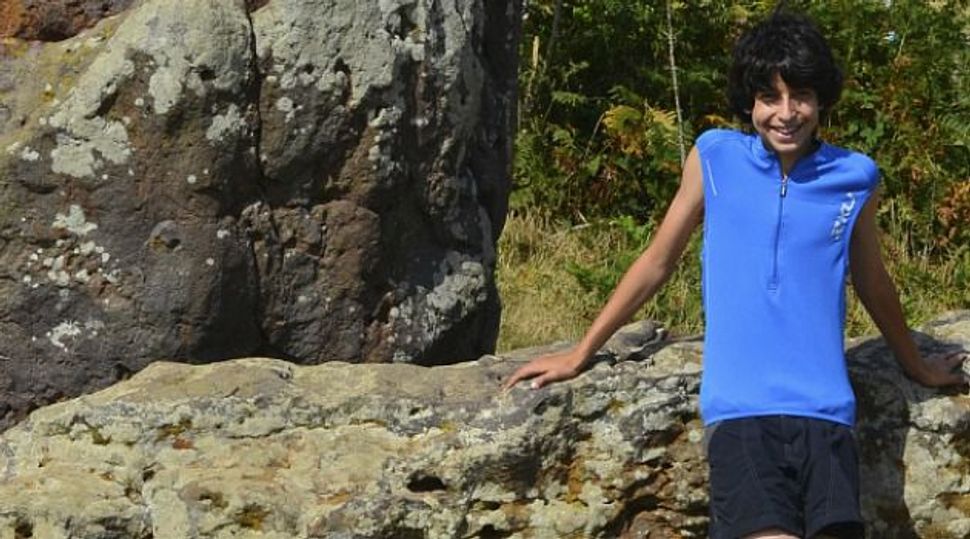 Tears were shed by all present as the family of a Jewish boy killed by a vehicle in Brooklyn testified in front of the City Council’s transportation committee in favor of a bill reducing speed limits in residential areas, WNYC reported.

Sammy Cohen-Eckstein, whose death came a month before his bar mitzvah, was crossing the street near Prospect Park on October 8 when he was hit by a van.

“Our family has suffered an unspeakable loss,” his mother, Amy Cohen, told the hearing on Thursday, Oct. 31. “Every day is filled with pain so deep we are not sure we can bear it. But the world too has suffered a great loss, for Sammy could have really made a difference. He would even have been an excellent Council member had he had the chance.”

A WNYC report pointed out) that the the proposed speed limit, reducing speed in residential areas to 20 mph, has already been adopted in major cities like Paris, London and Tokyo. Testifying before the committee, Gary Eckstein, Sammy’s father, stressed the need for such a law.

“Just yesterday morning, Amy used a borrowed radar gun to clock the speed of vehicles traveling in front of our home on Prospect Park West where Sammy was killed,” he said. “Although the bike lane and reduction to two lanes has slowed traffic somewhat (and you would think the large memorial to Sammy in the intersection would make drivers aware of the need to drive slowly), in a span of approximately 15 minutes, 25 vehicles — many of them large commercial vehicles — exceeded the 30 mph limit.”

Even the taxi owner lobbyist who had come to testify against the bill) could not hold back his tears.

James Vacca, the committee chair, had to take a moment to compose himself. – I’m very upset by this,”he said. “I’m sorry.” After a pause, he added: “You know, I’m a father. To hear your daughter talk is very moving, and both of you are very moving. You know, I’m here four years, and there’s no greater commitment that I have than speeding, there’s no greater feeling that I have when I hear something like this. So I know it’s not really reassuring, because you’ve suffered this loss that’s incredible. Unbearable. So I just want you to know that we’re committed to do more. And I’m going to remember this day as long as I live. I can’t say anything more than that.”

But the breaking point for most in the room came when Sammy’s sister Tamar, 14, came to the stand to read a letter she’d written for her brother’s funeral.

“At camp this summer, for the first time in our lives we were separated for four weeks,” she said. “It was very hard. I kept expecting that you would be there and you weren’t. … Now I am going to have to live my whole life like that.”