A Year of Looking In — and Speaking Out 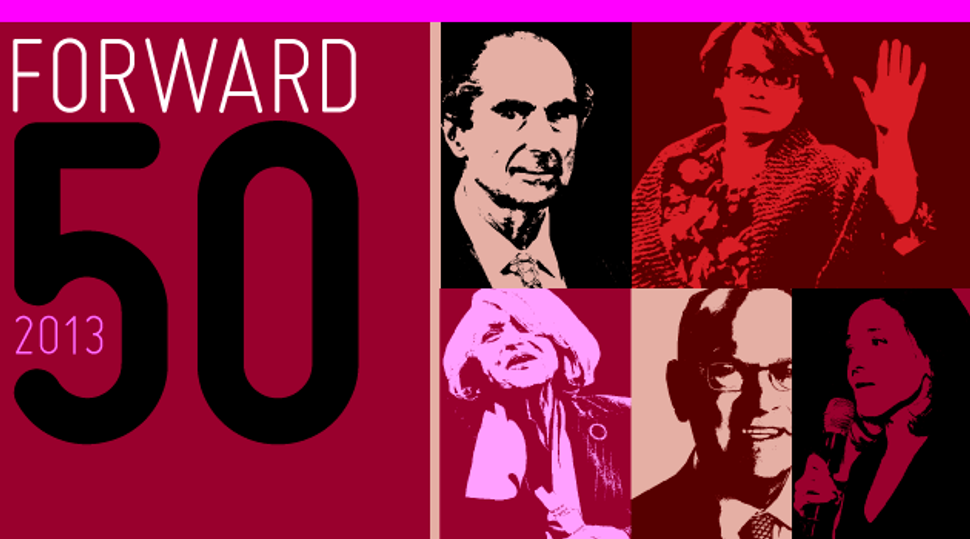 Two thousand thirteen has been an inside/outside kind of year, a time of agonizing introspection for the Jewish community as a whole, and one in which individual American Jews played dramatic roles on the national stage. It was a year of thrilling gains and heartbreaking loss, a year when new words crept into our vocabulary, some welcome, others not.

The introspection was fueled by the release of the Pew Research Center’s authoritative survey of American Jews, illustrating a generational shift toward a more fluid Jewish identity. It was Joe Neubauer, a son of Holocaust survivors, whose financial support made the survey possible and whose central insight — that data and facts should shape decisions — now stands as a charge to the Jewish community.

While focused on our own story, American Jews also actively contributed to the national narrative. Edie Windsor was the plaintiff in the historic U.S. Supreme Court decision to overturn the Defense of Marriage Act, heralding marriage equality for gays and lesbians. Sheryl Sandberg’s exhortation for women to “lean in” to their careers introduced a new phrase to the American lexicon. And Veronique Pozner’s extraordinary grace in dealing with her son’s death in the Newtown school massacre served as a stirring model of grief and resolve.

There were political firsts — Eric Garcetti as mayor of Los Angeles and Janet Yellen at the Fed — and graceful retirements, though no one really expects that Philip Roth, Ruth Wisse, John Ruskay, Avi Weiss or Nick Lemann will slip from the public eye.

No year is immune from scandal, but 2013 may be remembered for the concentration of misdeeds at institutions that once commanded respect. Let it also be remembered for the astonishing creativity our honorees unleashed in places as varied as a Manhattan synagogue, a television set, a scientist’s laboratory and a chef’s kitchen.

Compiling this list is a joint effort in the Forward newsroom, one that somehow never gets easier but is always rewarding. Our self-imposed rules require that every one of the 50 is an American citizen whose actions speak with a Jewish inflection. We didn’t break the rules to recognize the Pope and Angelina Jolie, just added to them.

A Year of Looking In — and Speaking Out