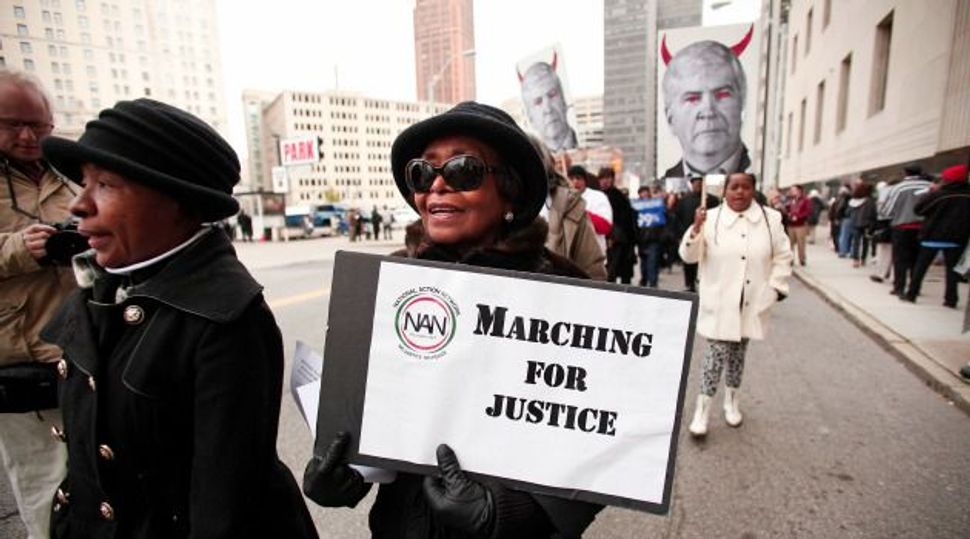 Since the initial shock of Detroit’s filing for Chapter 9 bankruptcy this past summer, local residents and businesses have been largely left alone to deal with the implications of this drastic step. But Detroit’s organized Jewish community, concentrated mainly in the affluent suburbs, and largely untouched by the city’s financial demise, appears to be bucking this trend.

Jewish leaders and activists are taking on the fight of the city’s retired municipal employees. These retirees stand to lose much of their already minimal pensions if a federal bankruptcy court moves to pay other creditors at their expense, as the city has asked. Many of the Jewish activists see their stand as a way to support the future of Detroit and of urban America.

“The idea of cutting the modest pensions of rank-and-file firefighters, policemen, and water and sewage workers who had worked for 20 or 30 years seems unconscionable in terms of Jewish values,” said Andy Levin, a businessman and communal activist who heads Project Micah, Detroit’s interfaith initiative.

The fate of 21,000 former city employees’ pensions, and those of another 9,000 current workers, will be determined by a bankruptcy court that convenes at the Theodore Levin United States Courthouse, named after Levin’s own great-uncle. 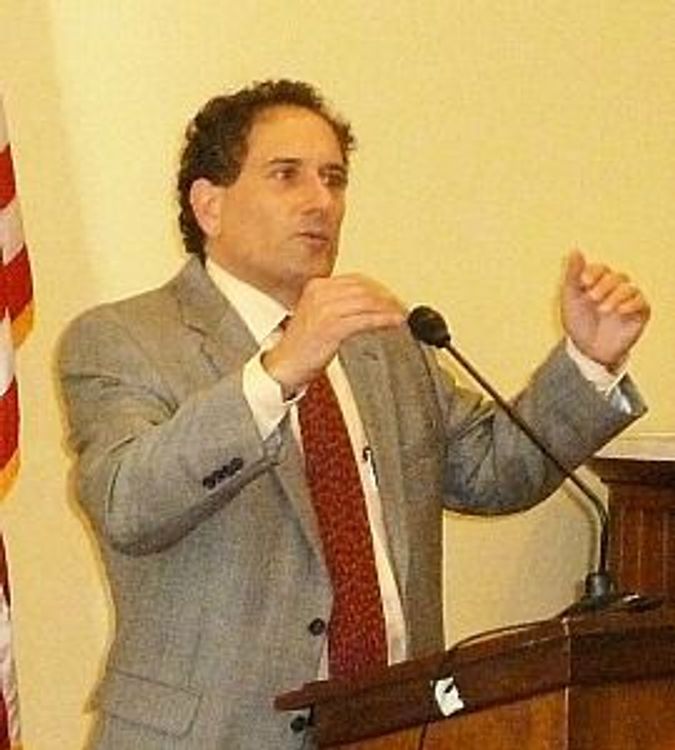 Right now, the court is considering Detroit’s July 18 request for bankruptcy protection. The city says it is unable to continue servicing nearly $20 billion in debt, including $3.5 billion in pension liabilities and more than $6 billion in health care benefits for retirees — part of the commitment the city made to its workers in labor contracts with city unions.

Representatives of the unions have argued that Michigan’s state constitution specifically forbids making changes to retiree pensions or health benefits. They say this should put their members first in line for compensation under the eventual bankruptcy plan, ahead of the city’s creditors. The city’s governor-appointed emergency manager, Kevyn Orr, does not deny that this is the meaning of the constitutional provision they cite. But he says that U.S. federal bankruptcy laws trump the state constitution.

If the court approves the city’s bankruptcy plan, Detroit will implement draconian cuts that will take away an estimated 70% of the retirees’ monthly pension checks. Local unions have warned that pensioners living on fixed incomes that average $30,000 per year will be devastated.

The court’s decisions regarding the rights of former city employees will have little to no relevance for the daily life of most Detroit Jews, but Jewish activists have taken on the issue as a social justice cause. Jewish leaders frame their aim as not only saving the workers’ pensions; they cite the greater issue of urban renewal in Detroit and, by extension, other struggling American cities.

“Our engagement has been on the broader level,” said Robert Cohen, executive director of the Jewish Community Relations Council of Greater Detroit. Cohen stressed “the need for a national and local urban issues agenda, and the impact that an interfaith coalition could have on it.” The group will host a discussion on the issue in the coming weeks in Detroit.

Nationally, the Jewish Council for Public Affairs has also taken the battle to Washington. The council, an umbrella organization of local Jewish community relations councils nationwide, hosted a Capitol Hill briefing on October 30 on the faith community’s role in bringing to light the “human impact of Detroit bankruptcy.”

In an opinion piece published a day earlier in The Hill, a news publication for inside-the-beltway politicos, the JCPA’s president, Rabbi Steve Gutow, wrote that most in the faith community believe in “protecting those who have worked hard for a secure future from falling into poverty.” He said it is a position “inspired by universally held traditions of social justice.”

The Capitol Hill briefing, attended mainly by congressional staff members, focused on the joint efforts of Jewish and Christian congregations in Detroit and its suburbs to help the city find its way out. Describing Detroit as the “poster child for every urban ill imaginable,” Bishop Edgar Vann of Second Ebenezer Church read out a list of figures illustrating the city’s plight: Fifty percent of street lights in Detroit are out of order; more than 70,000 houses and buildings stand abandoned, and only one in four residents is employed.

Rep. Sander Levin, a Jewish Democrat from Michigan whose family has been deeply involved in Detroit politics, said at the event, “If you miss the human dimension of Detroit’s bankruptcy, you miss a vital link.”

The JCPA has been one of the Jewish community’s leading voices on social justice issues. But in the past the organization took a cautious approach to issues that could have a negative effect on major donors from the business community. Nevertheless, Gutow said, employee rights in Detroit were “not complicated for JCPA.” Gutow said he had not gotten “any pushback” from donors on this issue.

On a practical level, it is unclear how significant the Jewish community’s contribution can be to Detroit’s pension rights battle. “There’s not a lot the Jewish community can do about it in a formal sense,” said Andy Levin, who is also the son of Sander Levin. But Gutow said, “Even judges need to listen to what is going on around them.”

Beyond expressing concern, much of the Jewish activity on the ground has been focused on joining forces with other religious groups to address some of the city’s most acute problems. Rabbi Joseph Krakoff of Congregation Shaarey Zedek, in the Detroit suburb of Southfield, Mich., has been working with Vann and other religious communities to combat illiteracy and to offer heated shelters for those in need. “The value of tikkun olam [repairing the world] is an important Jewish value. and a lot of what we are doing comes from that,” Krakoff said.

Years ago, Shaarey Zedek was located in Detroit; this was before it moved to the suburbs, following the mass migration of Jews out of the city. Prior to that mass migration, Jews had long played a central role in the city’s development. Besides the Levin family, Max Fisher, a central figure in American Jewish philanthropy for decades, was prominent among those who worked to rebuild Detroit’s core following race riots in 1967. Krakoff said that even after Shaarey Zedek moved to the suburbs, the synagogue maintained a strong connection with the inner city.

In recent years, Detroit has seen an increase in young Jewish residents moving back to the city from the suburbs. A driving force behind this movement is local Jewish businessman Dan Gilbert, who has invested millions in revitalizing downtown Detroit, making it attractive for middle-class residents once again.

Andy Levin brings a different approach to Jewish activism in Detroit. Project Micah, which he heads, is now hiring a rabbi who will serve part time as the religious leader of the Reconstructionist Congregation T’chiyah and part time as a community organizer at the city’s Harriet Tubman Center. The center’s mission is to advance equality in the city, mainly through training programs and internships.

The idea, Levin explained, is to bring together synagogue work and interfaith grassroots activity to promote programs in Detroit such as mass transit, community gardens development and education.

“The Jewish community is so disproportionately generous in helping people in need,” Andy Levin said. “However, in terms of our houses of worship engaging in social justice activity — not so much.”