Marc Schneier Gets Married (Again!) — and RCA May Move To Resolve Dispute 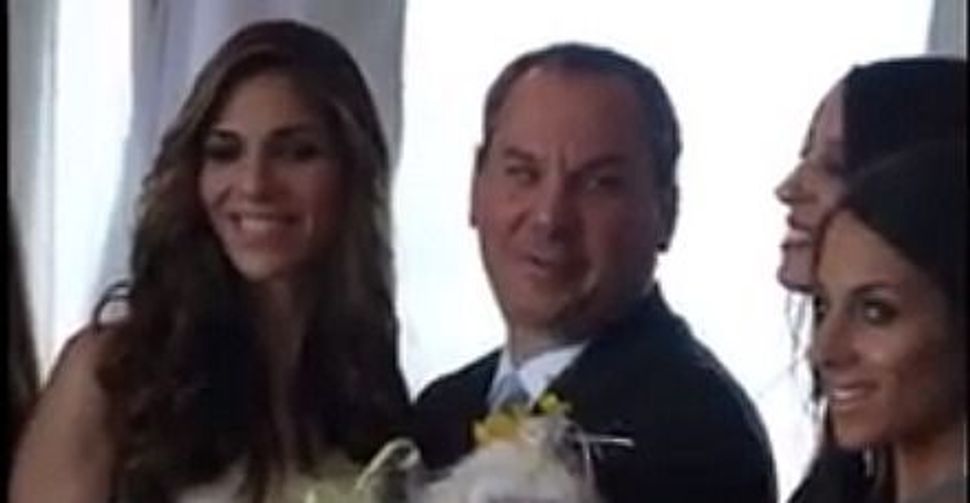 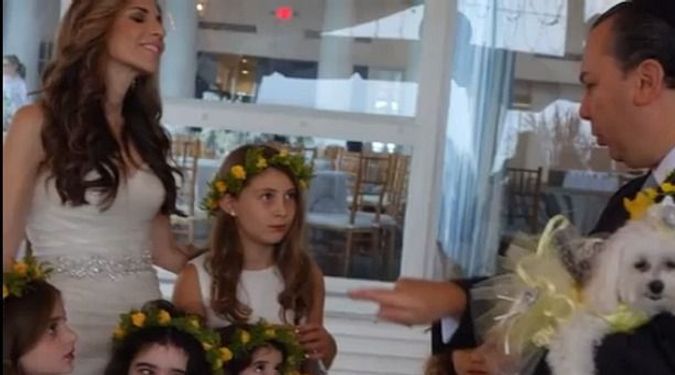 In the past few months, Rabbi Marc Schneier, founder and president of the Foundation for Ethnic Understanding and leader of a star-studded synagogue in the Hamptons, has been busy. The foundation launched a month-long series of programs in Jewish and Muslim houses of worship, while Schneier has been jetting around the globe engaged in his particular brand of multi-faith dialogue and promoting his new book, “Sons of Abraham,” written with Imam Shamsi Ali.

The Orthodox rabbi also found time to stand under the chuppah for the fifth time.

Schneier married Gitty Leiner, a speech pathologist and his longtime girlfriend, at an unannounced wedding on October 6 at his shul, The Hampton Synagogue, in Westhampton Beach, N.Y.

The wedding may lead to the resolution of one of the more unusual situations to face an Orthodox rabbi who has a worldwide reputation.

In 2010, the Rabbinical Council of America, representing modern Orthodox rabbis, announced that it was launching an inquiry into allegations that Schneier, an RCA member, had committed adultery with Leiner, a congregant, while still married to his fourth wife, Tobi Rubinstein Schneier.

At the time, Shmuel Goldin, then the RCA’s president, told The New York Jewish Week that at issue is whether Schneier’s actions represent a chillul hashem, or desecration of God’s name, in terms of “behavior of a public or private nature unbecoming a rabbi,” which the group views as grounds for discipline. Goldin, interviewed by the Forward on November 20, reaffirmed that statement.

But the RCA chose to suspend the investigation because Schneier was legally barred from testifying by a judicial gag order put in place during the bitter divorce negotiations between him and Rubinstein Schneier. The gag order stymied the efforts of the Vaad Hakavod, an RCA committee tasked with investigating ethical breaches of RCA members. “The Vaad Hakavod had been convened — and then we ran into this roadblock,” Goldin said.

“It would not have been fair for us to hold any kind of hearing without Rabbi Schneier having an opportunity to address [us],” Goldin said. “So we were stuck.”

But the RCA may not be stuck for much longer. Schneier’s recent wedding is a sign that he and his fourth ex-wife have finally agreed upon a divorce settlement, which would mean the lifting of the gag order. Schneier did not return several calls from the Forward seeking comment. According to Raoul Felder, a prominent New York divorce lawyer, ex-spouses are barred under New York state law from remarrying until a divorce settlement is finalized. So Schneier would not have been able to marry Leiner until he reached a settlement with his ex-wife.

Rabbi Mark Dratch, the RCA’s executive vice president, was unaware of any change in the gag order’s status. He said he consulted recently with Schneier’s attorney, who assured him that “the gag order was in place.” (The respective attorneys for Schneier and Tobi Rubinstein Schneier did not return calls for comment.)

Goldin, who now serves as the RCA’s president emeritus, hinted that the gag order’s days might be numbered. “From my understanding, that may be coming to a resolution,” he said.

Goldin declined to comment further, but said he hopes the case moves forward. “It’s not good for the organization to have this hanging over us,” he said. “We would — and Rabbi Schneier would — rather bring this to some conclusion.”

The bad publicity has not diminished Schneier’s star power or slowed his work on interfaith relations. He was named one of the top 50 rabbis in America by Newsweek in 2012 and 2013. His Hamptons synagogue attracts some of New York’s wealthiest Jewish residents, among them Ronald Lauder and Steven Spielberg. Even New York City’s mayoral candidates made the trek to Westhampton Beach last summer, hoping to earn the support of the synagogue’s congregants.

Schneier continues to lead the Foundation for Ethnic Understanding with Def Jam Recordings founder Russell Simmons, working to improve relations between the Jewish community and the Muslim and black communities. The foundation’s recent sixth annual International Weekend of Twinning paired more than 300 synagogues and mosques around the world.

Like her ex, Rubinstein Schneier has not shied away from the spotlight. She once made headlines for buying her then-husband a lion, which remained a resident of the Jerusalem Biblical Zoo, but was renamed “Rabbi Marc.”

After her divorce, she tried to take her story public on “The Ex-Wives’ Club,” a TV show about divorced women. But Schneier insisted that his ex-wife adhere to the gag rule on their divorce — the same gag rule holding up the RCA’s investigation into his own behavior. Rubinstein Schneier later received “ordination” from the Jewish Spiritual Leadership Institute Rabbinical School, which operates online.

Though Schneier has no fear of the spotlight, he has not made any public announcement of his recent wedding. His biography on his synagogue’s website makes no mention of his new wife.

But photos of the wedding were posted on YouTube. About 250 people attended at The Hampton Synagogue, according to congregant Joel Cohen, a lawyer who has called himself “an unofficial consigliere” for Schneier.

Cohen brushed aside any suggestion that the congregation felt ill will about its rabbi’s romantic saga. “The members of the congregation that were there were very pleased and happy to be there, and they enjoyed themselves,” he said. “And we wish [the couple] well.”

The slideshow of the affair on YouTube includes several photos of the smiling couple and their guests. Leiner and Schneier also joined an online wedding registry, theknot.com. They requested a variety of serving pieces from Bloomingdale’s, including a matching silver-plated $440 salt-and-pepper set, a $1,050 ice bucket and a $1,900 tray.

Marc Schneier Gets Married (Again!) — and RCA May Move To Resolve Dispute