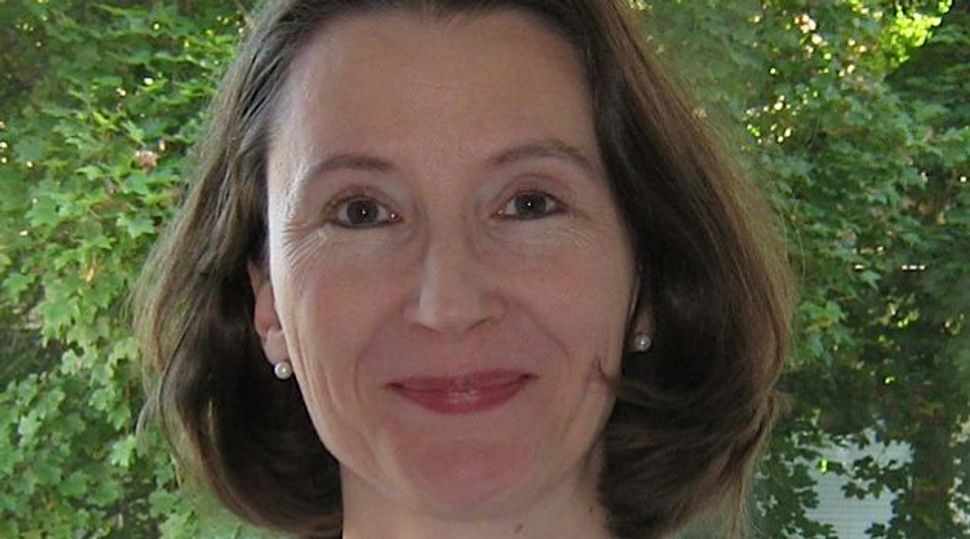 Over the course of a decade, the letters poured into the Central Council of Jews in Germany like a river.

“Is it possible that the excessive violence in Israel, including the murder of innocent children, corresponds to the long tradition of your people?” asked one.

“For the last two thousand years, you have been robbing land and killing people!” exclaimed another.

“You Israelis are a crowd showing contempt for humanity,” charged another, though its writer was addressing fellow Germans. “You drop cluster bombs above inhabited territory during the last days of war, and accuse people criticizing such actions of anti-Semitism. That is typical of you Jews!”

Many would view the stream of vitriol, sent to German Jewry’s central communal organization between 2002 and 2012, as little more than raw sewage. But Monika Schwarz-Friesel, a professor of linguistics at the Technical University of Berlin, saw it as raw data. Together with Jehuda Reinharz, the American historian and former president of Brandeis University, Schwarz-Friesel has recently published a study of these letters. And their findings reaffirm one of the enduring, if still surprising truths about anti-Semitism in Germany and elsewhere.

More than 60% of the hate mail came from well-educated Germans, including university professors, according to their study, “The Language of Hostility Towards Jews in the 21st Century,” released earlier this year. Only 3% came from right-wing extremists.

The researchers know this partly from analyzing the language of the letter writers — but also because many of the authors of the emails in their sample gave their names, addresses and professions. “We checked some of them, [and] the information [was] valid,” said Schwarz-Friesel in an email to the Forward. She and her research partner were amazed that the writers were so brazen. “I don’t think they would have identified themselves 20 or 30 years ago,” said Reinharz.

“We found that there is hardly any difference in the semantics of highly educated anti-Semites and vulgar extremists and neo-Nazis,” said Schwarz-Friezel. “The difference lies only in style and formal rhetoric, but the concepts are the same.”

This is not exactly new. Schwarz-Friesel pointed out that many Nazis were highly educated, too.

One of the research pair’s other main findings was that hatred for Israel has become the main vehicle for German anti-Semitism. More than 80% of the 14,000 emails focused on Israel as their central theme.

Schwarz-Friesel and Reinharz say they strove hard to distinguish emails that were critical of Israel — even those that expressed anger toward it — from those that were anti-Semitic.

“Only those letters were classified as anti-Semitic that clearly [saw] German Jews as non-Germans and collectively abused German Jews to be responsible for crimes in Israel!” she explained.

In the paper’s abstract, the researchers clarify further that “Verbal anti-Semitism is based on 1. Collective discrimination; 2. Fixation (by stereotypes) and 3. Devaluation of Jews.”

Schwarz-Friesel said she also considered as anti-Semitic letters that analogized Jewish or Israeli behavior to that of the Nazis.

As a linguist, Schwarz-Friesel sought to decode the classical anti-Semitism that was often hidden in the language of the emails. Schwarz-Friesel says her skills enable her to identify anti-Semitic intent that’s often deliberately obscured. She cites a letter from a professor that opens this way: “You people have a history of 2,000 years…” The letter then goes on to criticize Israel. In this way, according to Schwarz-Friesel, the writer brands Jews as historically evil.

Yehuda Bauer, professor of Holocaust studies at Hebrew University and academic advisor to Yad Vashem, praised the study’s methodology as unique. “Such an in-depth research based on language analyzing has not existed yet,” he said.

Professor Andreas Zick, director of the Institute for Interdisciplinary Research and Conflict Research at Bielefeld University, supported Schwarz-Friesel’s findings. “Studies over the last three years show that anti-Semitic attitudes toward Israel [in Germany] are much higher among the well-educated and the middle class,” he said in a telephone interview.

Zick was not surprised by the hate mail Schwarz-Friesel examined. “I get plenty too, because of my lectures against anti-Semitism and the studies of prejudice done by my institute.” He worries about deeply rooted anti-Semitism in the country that staged the Holocaust.

“I’m living in a country where 75 years after Kristallnacht every single Jewish institution is guarded by the police,” he said. “What does it mean that every synagogue, Jewish schools and kindergartens are always protected? It means there’s a threat.”

According to Zick, anti-Semitism even afflicts German school children. “When a child’s possession, like a book or pen, is stolen, the culprit is called a ‘Jew,’” he said, offering an example. Yet most teachers are not trained to deal with prejudice in the classroom, said Zick.

Some 20% of residents in the country still harbor anti-Semitic attitudes, according to a 2012 study sponsored by the German government. That compares to the Anti-Defamation League’s most recent survey of attitudes toward Jews in America in 2013, which found that 12% “harbor deeply entrenched anti-Semitic attitudes.”

In June, the German government passed a resolution condemning anti-Semitism in response to the government survey and called for better education programs to fight prejudice. The resolution also called for a deepening of Germany’s special relationship with Israel. In recognition of the state’s historical responsibility for the Holocaust, Germany has committed itself to supporting Israel in ways that go beyond normal state relations. Chancellor Angela Merkel has continued this policy, offering unwavering support for Israel and opposition to anti-Semitism.

But Deidre Berger, the director of the American Jewish Committee’s office in Berlin, said that government resolutions and a pro-Israel foreign policy were not enough to combat the kind of prejudice reflected in the decade’s worth of emails to the Council of Jews in Germany.

“There needs to be greater public awareness of the scope of every-day anti-Semitism,” she said. “German politicians, educators, government officials, police officers and civil society leaders need to highlight the urgency of the problem and initiate activities to counter anti-Semitism…. It is critical that students learn more about Jews, Judaism and Jewish history, as part of German history, as well as learning more about modern-day Israel.”