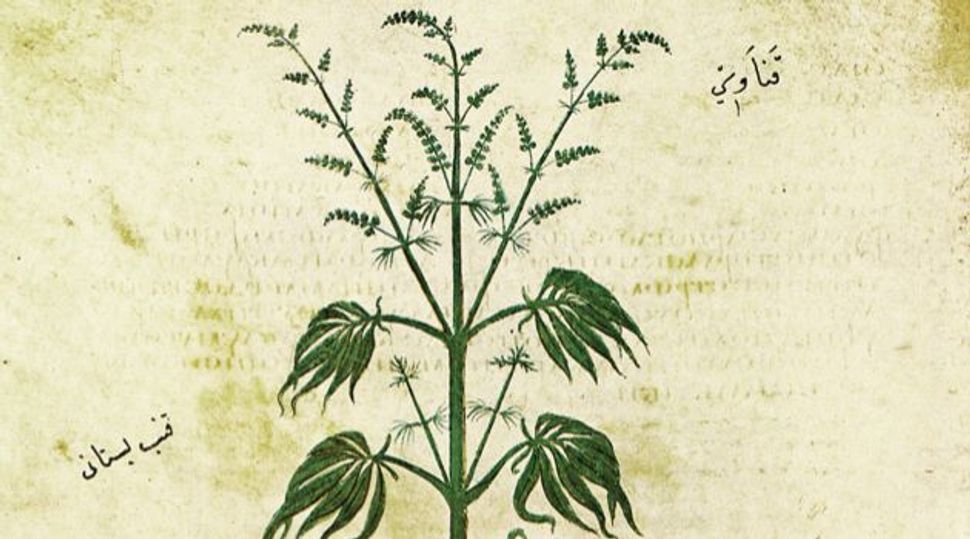 Ancient Roots: A drawing of a marijuana plant from 500 C.E. Image by lewenstein/wikimedia commons

“Also, one will beautify [Shabbat candle lighting] when the wick is made from cotton, flax or cannabis…”

This dictate, found in the Shulchan Aruch (Code of Jewish Law), piqued the curiosity of Boston geriatrician Yosef Glassman when he was reading about Sabbath rituals on a religious quest nearly two decades ago.

The future doctor decided to embark on a project to learn whether cannabis was also used for medicinal purposes in ancient Jewish times. At first, he proceeded hesitantly — the federal ban on marijuana stigmatizes even library research on the drug, he said.

But in recent years, with medical marijuana’s legalization in several states, Glassman felt more comfortable delving in. What he found was a wealth of references in the Bible and beyond. Marijuana usage, he contends, is an aspect of Jewish law and tradition that had long been buried, and one that deserves “resurfacing and exploration.” 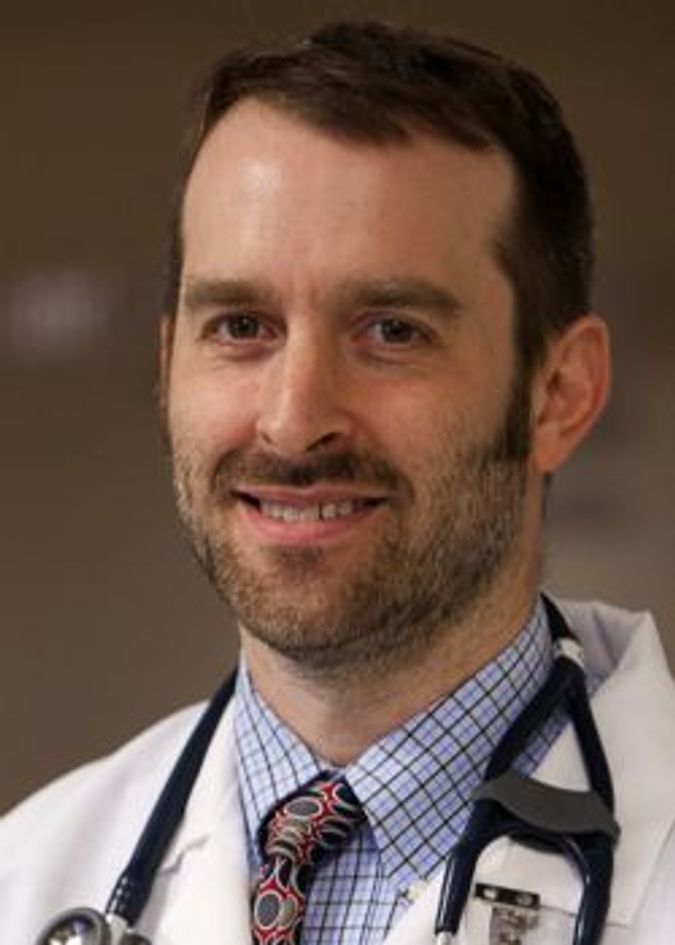 “There is no question that the plant has a holy source, God himself, and is thus mentioned for several ritualistic purposes,” said Glassman, who is also a mohel and a former Israel Defense Force lieutenant. He lives in Newton, Mass. with his family.

Glassman also found many references to nonmedicinal uses of marijuana. “It is clear that using cannabis for clothing and accessories was very common, according to the Talmud,” he said. It was used for making tallitot and tzitzit, as well as “schach” (Sukkot roof coverings). Glassman also found that cannabis fit into the category of kitnyos on Passover, meaning that Ashkenazi Jews were prohibited from using it on the holiday. “One thus might assume that it was also consumed, perhaps as food, during the remainder of the year,” he said, noting that hemp seeds are a nonintoxicating form of protein.

Glassman first presented his findings in late October during grand rounds — a medical teaching session — at the New England Sinai Hospital in Stoughton, Mass., where he is a physician. He has since gone on to give the same lecture to lay and medical professional audiences. “The goal is to educate practitioners on the rich cultural history behind the use of cannabis as a medicine, explain its mechanism of action, and dispel myths about its safety profile,” he said at one such presentation open to the public in Brookline, Mass. in November.

He explained that he had received no commercial support for his research, that no exhibitors were present, and sorry, but there were no free samples. “Not even in those brownies in the back?” joked one audience member.

In the talk, Glassman described finding several biblical references to the herb that include Book of Numbers 17:12-13, where Aaron the High Priest, “no pun intended,” probably burned marijuana as an incense offering “during a time of turmoil.” Other passages include God’s instructions to Moses to “take for yourself herbs b’samim” — herbs of medicinal quality — and instructions in Exodus to “take spices of the finest sort, pure myrrh, five hundred shekels, fragrant cinnamon, and ‘keneh bosem,’” which literally means “sweet cane,” but possibly refers to cannabis, said Glassman. “Keneh bosem” is also mentioned in the Song of Songs 4:14, Isaiah 43:24, Jeremiah 6:20 and Ezekiel 27:19. Another pronunciation is the Aramaic “kene busma,” which, perhaps unsurprisingly, is also the name of a modern reggae musician.

Glassman’s research revealed that cannabis may have been used as an anesthetic during childbirth in ancient Israel; he described an archaeological discovery of hashish in the stomach of the 1,623-year-old remains of a 14-year-old girl in Beit Shemesh. Maimonides was also an advocate of using cannabis oil for ailments such as colds and ear problems. “There are complex laws of plant mixing and hybridizing from the Talmud, which Maimonides comments on,” said Glassman. “Cannabis specifically was taken especially seriously in terms of mixing … and could, in fact, incur the death penalty. This shows me that apparently, cannabis was treated quite seriously.”

Ancient Jews weren’t the only people to use cannabis medicinally, of course. In his lecture, Glassman noted that cannabis has been used in Chinese medicine, as one of the 50 fundamental herbs, for 4,700 years; ancient Egyptians used it in suppositories and for eye pain; and Greeks made wine steeped with cannabis and used it for inflammation and ear problems.

Today, public support for medical marijuana has increased. Twenty-one U.S. states plus the District of Columbia have legalized the herb in some form, and recreational use of marijuana is legal in Colorado and Washington. Medical conditions such as cancer, Parkinson’s disease and HIV are commonly treated with medicinal marijuana, yet Glassman said that physicians are still reluctant to recommend it, because federally it is still illegal.

This is not the case in Israel, where medical marijuana has been legal since the early 1990s. International cannabis research today is largely based on the 1960s research of Jerusalem-based professors Raphael Mechoulam and Yechiel Gaoni, who isolated the active ingredient of hashish and its psychoactive component, tetrahydrocannabinol, as well as the natural human analog to THC, anandamide, which the body produces. In the past decade, Israeli scientists developed a strain of marijuana without THC. According to Glassman, the Israeli government funds the research on medical marijuana, which today benefits some 12,000 Israeli patients and is grown on eight farms for a state-run medical cannabis distribution center.

Glassman’s presentation includes a November 8, 2012 CNN video entitled “Medical Marijuana without the High,” which features 80-year-old Israeli Holocaust survivor, author and painter Moshe Roth smoking medical marijuana. “My hands are now steady. I can hold things like tea,” says a discernibly buzzed Roth. “We can’t be … narrow minded,” says Israeli Minister of Communications Moshe Kahlon in the video. “We have to think about people suffering and how to help them without, God forbid, allowing more use of drugs….”

Glassman agrees: “I think that cannabis is a wonderful solution for someone to control pain without the addictive nature of painkillers, and with a much better safety profile.”

“Science aside, the greatest of medications allow the Infinite to penetrate the inner workings of the body and soul,” he explained. “This is likely the overriding benefit that cannabis provides, and probably why it has so many different healing properties.”

Boston-area poet, author and freelance journalist Susie Davidson writes regularly for The Jewish Advocate and other media and has contributed to the Boston Sunday Globe and the Boston Herald.