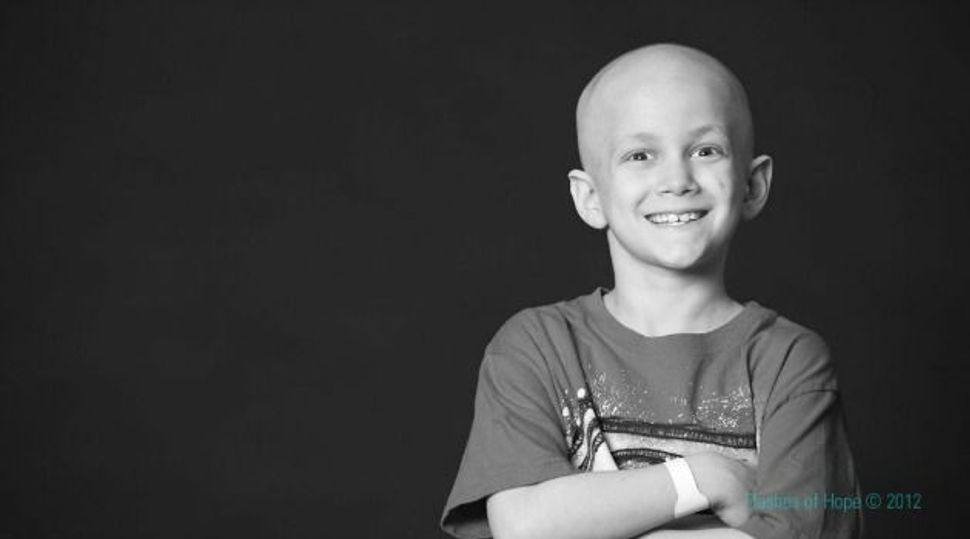 Image by Flashes of Hope

(JTA) In March, dozens of rabbis will shave their heads at the Reform movement’s Central Conference of American Rabbis conference in Chicago. But the 8-year-old boy whose struggle with cancer inspired the rabbis’ campaign will not be there to witness their act of solidarity.

Samuel Asher Sommer, the son of Rabbis Phyllis and Michael Sommer, died Saturday in his Chicago-area home after an 18-month battle against refractory acute myeloid leukemia.

His funeral was held Monday afternoon at Am Shalom, where Phyllis Sommer is an associate rabbi.

Phyllis Sommer had created “Superman Sam,” a blog that documented her son’s struggle. Along with a fellow Reform rabbi, she came up with the idea for the “36 Rabbis Shave For The Brave” in order to raise money for pediatric cancer research and show solidarity with Sam, who lost his hair due to chemotherapy.

In the days since Samuel’s death, rabbis have continued to join the campaign.

As of Monday, 51 rabbis, most affiliated with the Reform movement, have pledged to lose their locks. Another 11 have volunteered to help in other ways.

According to the according to the “36 Rabbis Shave For The Brave” Web page, the campaign has raised $122,808 as of Monday afternoon for the St. Baldrick’s Foundation, a 13-year-old nonprofit that raises money for pediatric cancer research.

Rabbi Charles Briskin, one of the rabbis who has pledged to shave his head and raised $4,339, said he signed on because he is friends with the Sommers and “felt propelled by the cause.”

“Following Sammy’s death, there’s just greater resolve to get more people on board to prevent more [families] from having to endure this,” he said. “Our goal is to keep the momentum going as we make our way to Chicago.”

The idea for “36 Rabbis Shave for the Brave” came in late October, according to Rabbi Rebecca Einstein Schorr, who is coordinating the campaign with another rabbi.

“Phyllis was talking about St. Baldrick’s and said maybe it was time for her to shave her head,” she said. “I said, ‘That’s a wonderful idea, and we could probably get some of our colleagues to do it.’ “

The two set a goal of $180,000 and 36 rabbis. “Then we said, we should all do it together at the CCAR conference since it’s in Chicago, and Sammy can come, too,” Schorr said.

Schorr said the shaving is to show solidarity with children undergoing chemotherapy and to raise awareness.

“It’s important for us to educate people about the lack of funding for pediatric cancer research, and we believe that as rabbis we have power we can leverage when we see a need in society,” she said.

According to the St. Baldrick’s Foundation website, just 4 percent of money earmarked for cancer research in the United States focuses on pediatric cancers.

As a result, the foundation said, physicians must struggle to apply to children protocols that have been developed for adult patients. Treatment that works for adults can be toxic for children because they are so much smaller.