Yeshiva University’s Fiscal Crisis Deepens With No End in Sight 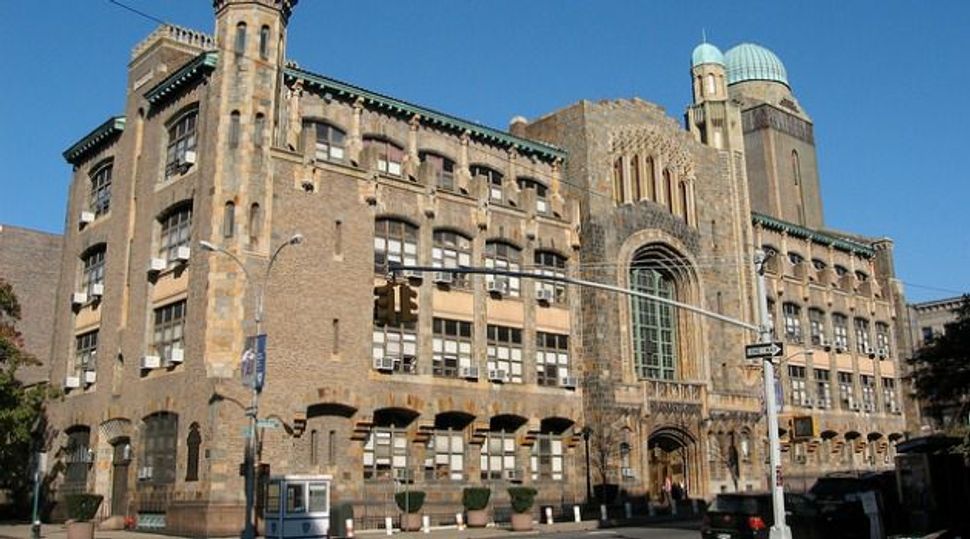 Something drastic is happening at Yeshiva University.

Financial data reviewed by the Forward indicates that Y.U.’s long-running fiscal crisis has taken a more dramatic turn than at any time in its recent history.

This past spring, there were signals that the half-decade of economic free fall at Y.U. was finally easing. The board gave raises to the faculty, ending a four-year wage freeze. And the administration promised to increase contributions to faculty retirement accounts, reinstating cuts made at the nadir of the crisis.

Then, in late November, everything changed.

A November 20 letter to alumni suggested the crisis was growing, not abating. And on December 10, the school announced a new round of drastic cuts — including a revocation of the promised increases in retirement contributions.

The university won’t explain the reversal. “I’m not going to be able to offer you anything on this,” said Matt Yaniv, a Y.U. spokesman.

The faculty is worried. “We don’t really understand how this surprise occurred,” said one member of the undergraduate faculty, who asked not to be identified because he was not authorized to speak publicly. “I really don’t understand how we got from June, where things are pretty good, to literally three months later where the situation, at least at the Manhattan campuses, seems to be [dire.]”

So what’s going on at Y.U.? A new report from credit rating agency Standard & Poor’s provides a clue: According to preliminary audit results, the school lost even more money in 2013 than it did in 2012.

The university’s 2013 fiscal year ended over the summer, and it has yet to finalize its financial statements. But S&P saw a preliminary version of the 2013 results in November while preparing its report, and they don’t look good.

According to S&P’s December 6 report, in which the agency downgraded Y.U.’s debt from an A+ rating to an A rating, Y.U.’s operating deficit in 2013 was even steeper than in 2012.

It’s not certain whether the administration’s own review of the 2013 financial results is what drove the latest drastic cuts. But it is clear that something changed in the approach of the Y.U. administration to the school’s economic situation since the late fall.

In addition to reneging on its promise to reinstate slashed retirement contributions, the university said on December 10 that it would sell buildings and cut additional programs. The school also said that Richard Joel, the university’s president, would take a $100,000 pay cut. His salary in 2012 was $855,000.

“The President’s belatedly taking a cut in compensation is a nice gesture, but does not address the systemic problem,” wrote Paris Baldacci, a professor at Y.U.’s Benjamin N. Cardozo School of Law and a member of the university’s faculty council, in an email.

Baldacci said that the December 10 announcement had shaken the faculty. “[T]he news is obviously devastating,” Baldacci wrote. “How are faculty and staff to plan their own professional and family lives[?] Promises are made and then broken.”

Others complained that the university had not been forthcoming about the new crisis and the latest round of cuts. Faculty and alumni received letters from Richard Joel on November 20 and December 10, but students were not emailed until December 15.

“It’s disappointing that I had to learn about my school’s fiscal crisis from an alumni email my mother… forwarded me,” wrote Gavriel Brown, editor of Y.U.’s student newspaper, The Commentator, in an email to the Forward. Brown said that he thought the university administration would be more candid with students in the future, and that he hoped a top administrator who recently met with faculty would hold a similar meeting with students.

The S&P report is the second of two recent downgrades of Y.U. debt by credit rating agencies. The first, by Moody’s in October, dropped Y.U. to that agency’s second-lowest investment grade.

In its December report, S&P faulted Y.U. for relying heavily on short-term loans to pay its operating expenses. Financially healthy institutions generally use such lines of credit sparingly, repaying the loans immediately; Y.U. is increasingly using such borrowing to finance its everyday operations.

“We believe that the university’s inability to manage working capital cash flow is a credit weakness,” the S&P report stated.

In addition to cash flow problems, the report pointed to problems in oversight. According to S&P, Y.U. currently has no enterprise resource planning system — a computerized accounting platform in use at most universities that allows departments to update budgets in real time.

“They do not have a live system today that allows them to do that,” said Charlene Butterfield, a director at S&P in the higher education group. “What is typical at most peer institutions is that they have been operating under those systems for quite a while, because these are modern tools.”

Y.U. plans to implement such a system in the next two years. The school replaced its chief financial officer in November 2013.

Yeshiva University’s Fiscal Crisis Deepens With No End in Sight