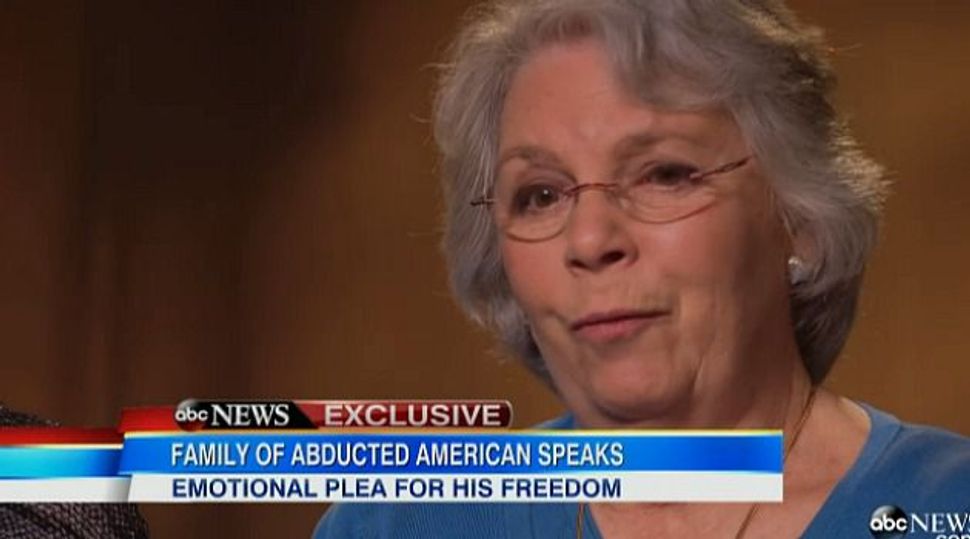 Relatives of an American Jewish aid worker held captive in Pakistan for the last two years have broken their silence, expressing their frustration with their ailing loved one’s lingering captivity.

In an exclusive interview with ABC news, the wife of Warren Weinstein said that she “wanted to die right there on the spot” when she first saw the video issued by Al-Qaeda’s media wing last Thursday.

The video showed a gaunt 72-year-old Weinstein begging for the president to meet his captors’ demands, which include releasing all prisoners held at the Guantanamo Bay detention facility and ending drone strokes.

“He has no idea how hard we’ve tried to get him back,” Elaine Weinstein said during the Good Morning America interview. “It’s just heartbreaking because he’s asking for help and I can’t give him any.”

Warren Weinstein was working as Pakistan’s director of the Virginia-based development company J.E. Austin Associates in Lahore at the time he was kidnapped. He was set to end his four-year post in the country just two days later.

In the recent video – the first sign of life in more than a year – he expressed his desperate and deteriorating condition.

His wife, joined by their two daughters, said that his declining health condition concerned her.

“[He] just looked more tired, more pale, and in my eyes more discouraged than he looked in the other videos,” she said.

Still, they said that they remain hopeful that he will be returning home to them soon.

“When he comes home, we’re going to treat him like royalty and take such good care of him because he always takes good care of us, and now it’s his turn to be taken care of,” Elaine Weinstein said.